Peter Groch and Napoleon I in Kuenker's Fall Auction Sale

We are very proud to be able to offer the first part of the almost legendary collection of orders, decorations and medals by Peter Groch, Berlin, starting with “Military Conflicts of the 19th Century”, starting with the Napoleonic wars and the liberation wars, followed i. a. by the military conflicts of the revolutionary years 1848/1849, the wars between 1848 and 1870 that led to Italy’s unity, the conflicts between Germany and Denmark 1848/49 and 1864, the German War 1866, the Franco-German War 1870/71, the Russian-Ottoman War 1877/78 and the numerous military conflicts of the Balkans.

This part is followed by Peter Groch’s collection of “Orders, Decorations and Medals of the Principality, the Czardom and the People’s Republic of Bulgaria from 1878 to 1991”, the probably most extensive collection on the topic ever offered in the worldwide market.

It is very important to us to stress that this collection has not been built out of militaristic or even war-glorifying reasons. As a convinced pacifist Peter Groch dealt with the period after the French Revolution in which the foundations for those political developments were laid that, after a series of wars, confrontations and campaigns in the so-called “good old times”, and finally after two disastrous world wars, eventually led to today’s Europe and the European Union. The look at this collection may remind us - despite all problems and political conflicts - not to lose sight of the big picture, that is a united Europe without internal borders, a result of hard political work of all political directions in over 70 years of peace.

After this first main part of our auction, we offer the collection of Gunther Wiegrebe, Barntrup: “Orders and Decorations of the Principality and the Free State of Lippe”. It originally formed part of his extensive coin collection “Coins and Medals of the Counts and Princes of Lippe” that we were able to auctioneer with great success in June this year.

The last part is constituted of a series of major order’s insignia and decorations of various provenance. Among them stands out the historically important breast star of the Saxon House Order of the Rue Crown, which Emperor Napoleon I had manufactured by his jeweller Biennais; it was seized by the Prussians at the end of the Battle of Waterloo and presented by marshal Blücher to a young officer of his staff.

You will find among others: a Prussian Pour le mérite with oak leaves of 1917/18; a Prussian Gold Medal for Military Merit 1793; a grand cross badge of the French Order of Saint Louis from the period of the Ancien Régime as well as a badge of the Grand Eagle of the Legion of Honour from the reign of Napoleon I; a commanders decoration of the Napoleonic Order of the Iron Crown; a neck decoration of the Order of the Golden Fleece from before 1918; a a collar with badge of the Romanian Order „Carol I.“; some bishop’s neck crosses, donated by Pope John Paul II; a series of a Persian State Minister‘s breast stars, among them each one of the Order of Saint Anne and of Saint Stanislas in the design version for non-Christians and a grand cross badge of the Imperial Brazilian Order of the Southern Cross; as well as orders and decorations from some Far Eastern states.

The whole, abundantly illustrated catalogue as always was worked out by our expert Michael Autengruber, Constance, with respect to scientific aspects proven in many years and to the best of his knowledge and belief. Moreover, more pictures of the offered objects are to be seen on our website in the online catalogue under the respective numbers. There, prospective buyers also have the possibility to view the pieces in detail. 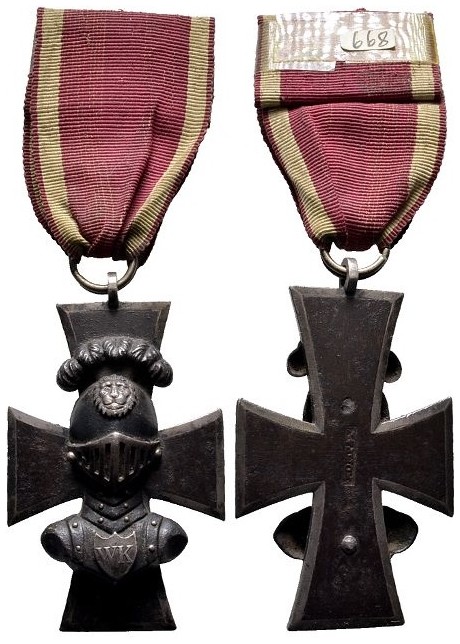 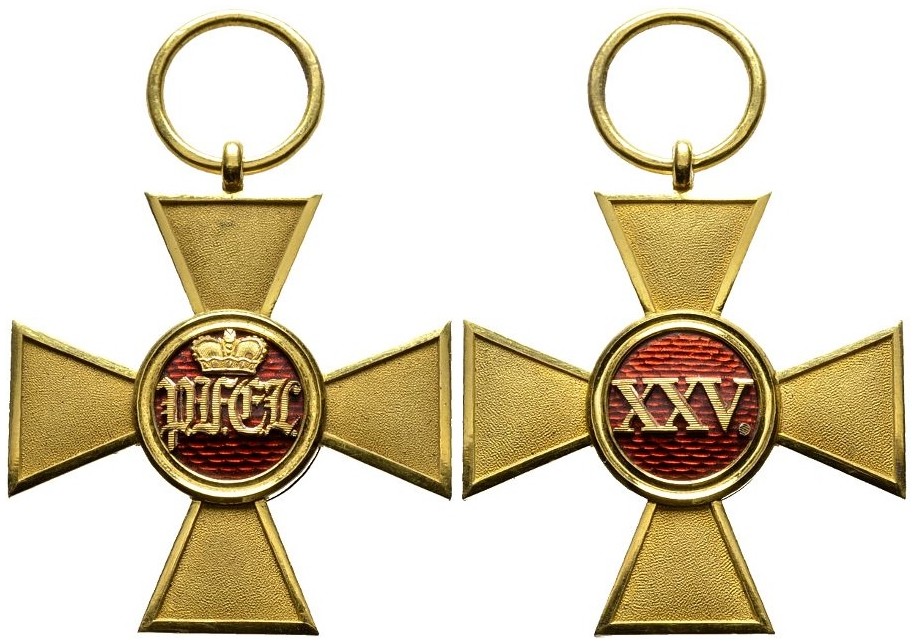 Auction 311, Lot 1335: KINGDOM OF SAXONY: House Order of the Rue-Crown [Haus-Orden der Rautenkrone], breast star, manufacturing of Biennais in Paris between 1807 and 1808, silver, gold and enamels. Belonged to Emperor Napoléon I, derives demonstrably from the Prussian Waterloo prey.
Estimate: 75,000 euros. 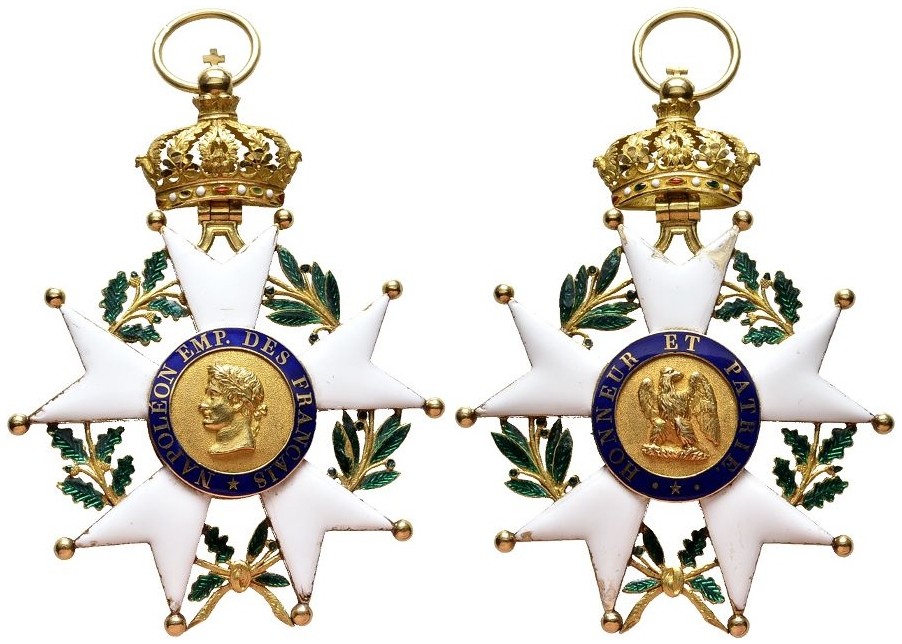 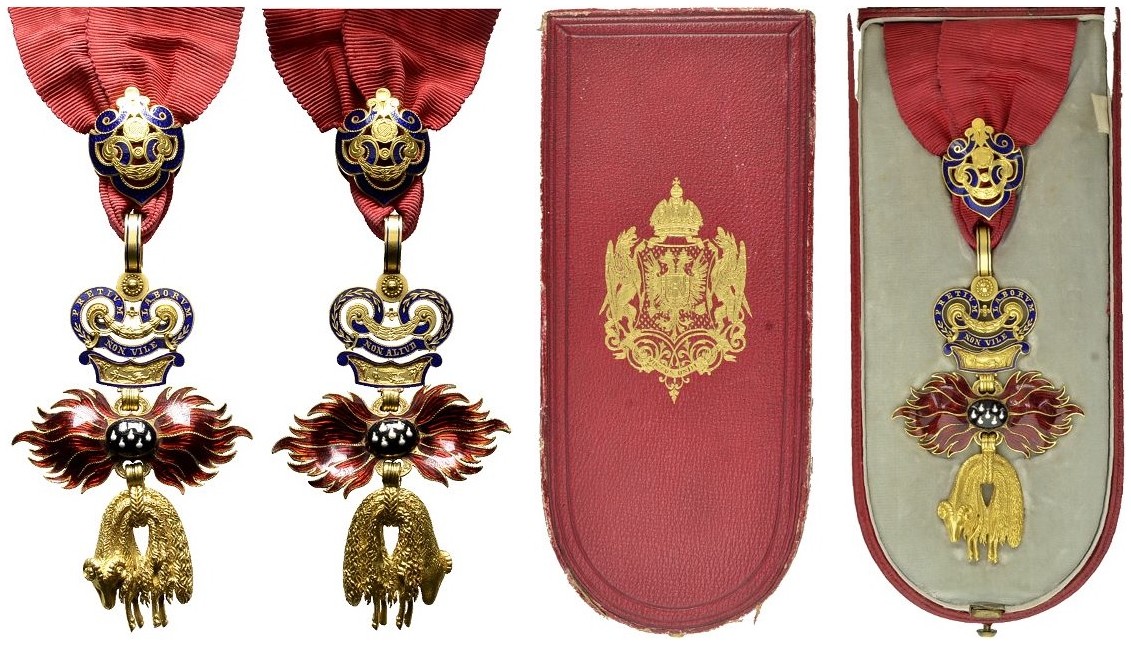