The Treveri – the tribe which Trier was named after

When Caesar invaded Gaul, he faced a large number of chiefs who were locally rooted, had an impressive military power but without allies, were not equal opponents for the Roman legions. 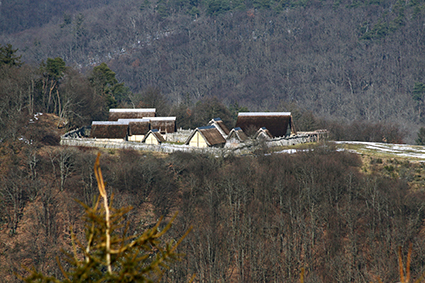 The reconstruction of Altenburg gives an excellent example of how to imagine a fortified Celtic hilltop settlement. Photo: Chris mz, CC-BY 3.0.

A centre in which many of those princes lived was located among the Meuse, the Moselle and the Rhine, between Hunsrück and Eifel. According to today's administration units, this area is located in Luxembourg, Saarland and the western Rhineland. We do not know how the people who settled there called themselves. The Romans termed them Treveri. Today, archaeologists assume that they were autochthonous, which means that their culture probably developed out of the Hunsrück-Eifel culture dating to the Late Hallstatt and Early Latène periods. 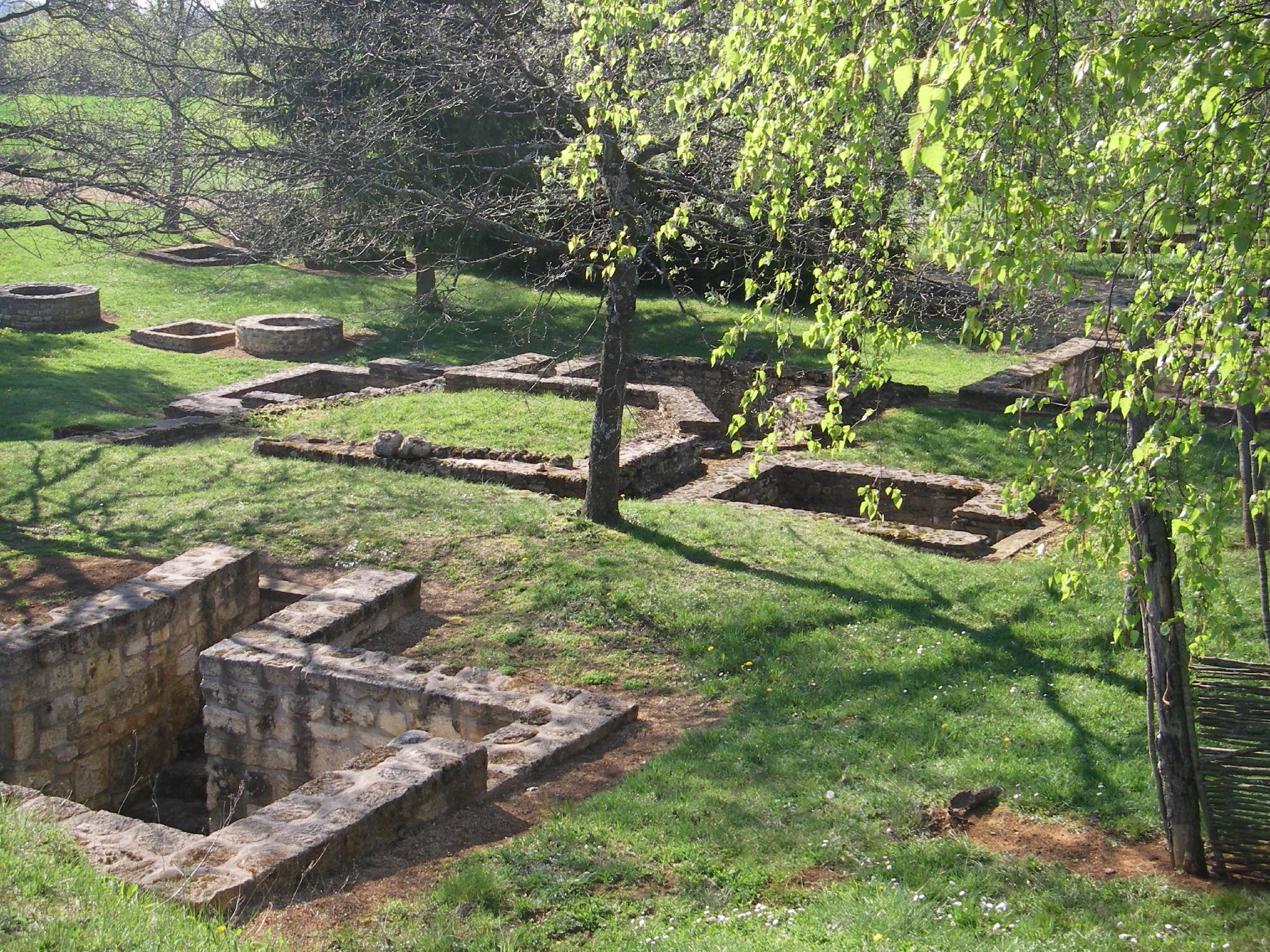 A view of the ruins of the oppidum Titelberg. Photo: Jean & Nathalie, CC-BY 2.0.

More than 50 temples and cult sites as well as 200 hilltop fortifications have been located in the Treveri region, among them the well explored Titelberg in South Luxembourg. There was an oppidum. That’s the name archaeologist give today to a fortification which is permanently populated by merchants and craftsmen. Shortly after the beginning of the first century, the Titelberg became the centre of the Treveri. A great part of the booming trade took place there. 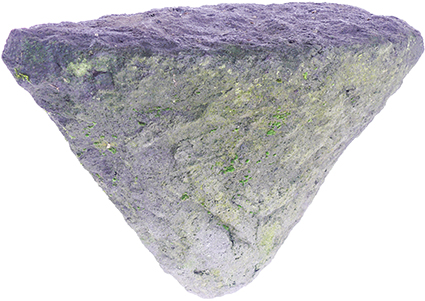 In Château-Salins and Marsal, two small villages situated in the middle of the triangle by Saarbrucken, Nancy and Metz, were rich salt deposits. They were exploited and the materials were shipped across the Rhine and the Moselle.
Another important product came from the lava and basalt quarries of the Eifel. The best grindstones were produced out of that stone and wanted all over Central Europe. They have been found so many times in excavations during the 19th century that they got an own nickname: “Napoleon’s hat”.
The natural Moselle ford was of great importance for the fluent trading transactions because it could be crossed close to present Treves in favourable weather conditions. Probably, there already existed a small settlement in the Bronze Age but it was certainly not nearly as important as the Titelberg. 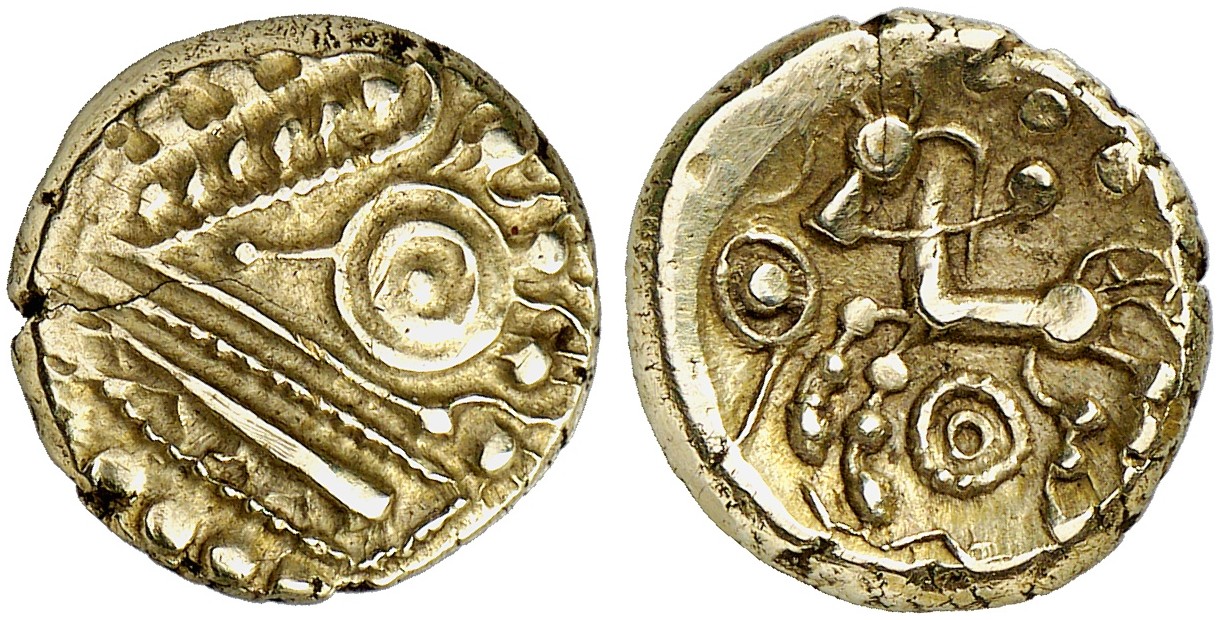 Naturally, the Treveri employed the Greek invention brought to their country by the Celtic mercenaries. An abundance of different coin types is associated with the Treveri. The type “Augenstater” is probably the most famous coin type, depicting a stylised eye on the obverse. The Treveri obtained the gold for that from placers they collected by washing them out of the rocks in the rivers and streams.

It is controversial, whether this very rare quarter stater, that only eleven specimens are known of, really comes from the mint of the Treveri. The depiction of the triskele, one of Europe’s oldest symbols, is remarkable. We do not even slightly understand its meaning. Maybe it represents the sun as an ever-repeating cycle.

These Quinarius types, occasionally called type “Spitzmausnase”, are being found along the Moselle. Even though the Macedonian example of the “Philippstater” had been long forgotten, the Celts still remembered centuries later that a coin needs to depict a head on the obverse and a horse on the reverse. 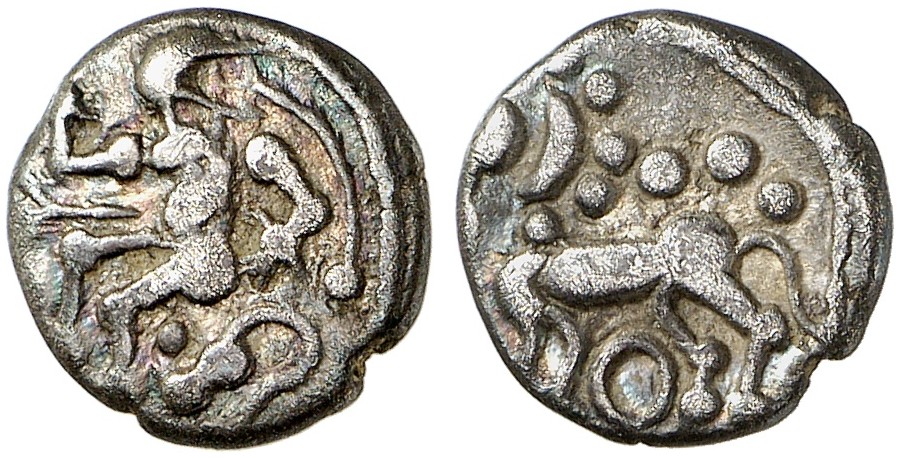 This example, which depicts a crouching little man holding a branch, is a completely distinct composition. There is a snake below. We do not know which local tradition this motif is linked to. 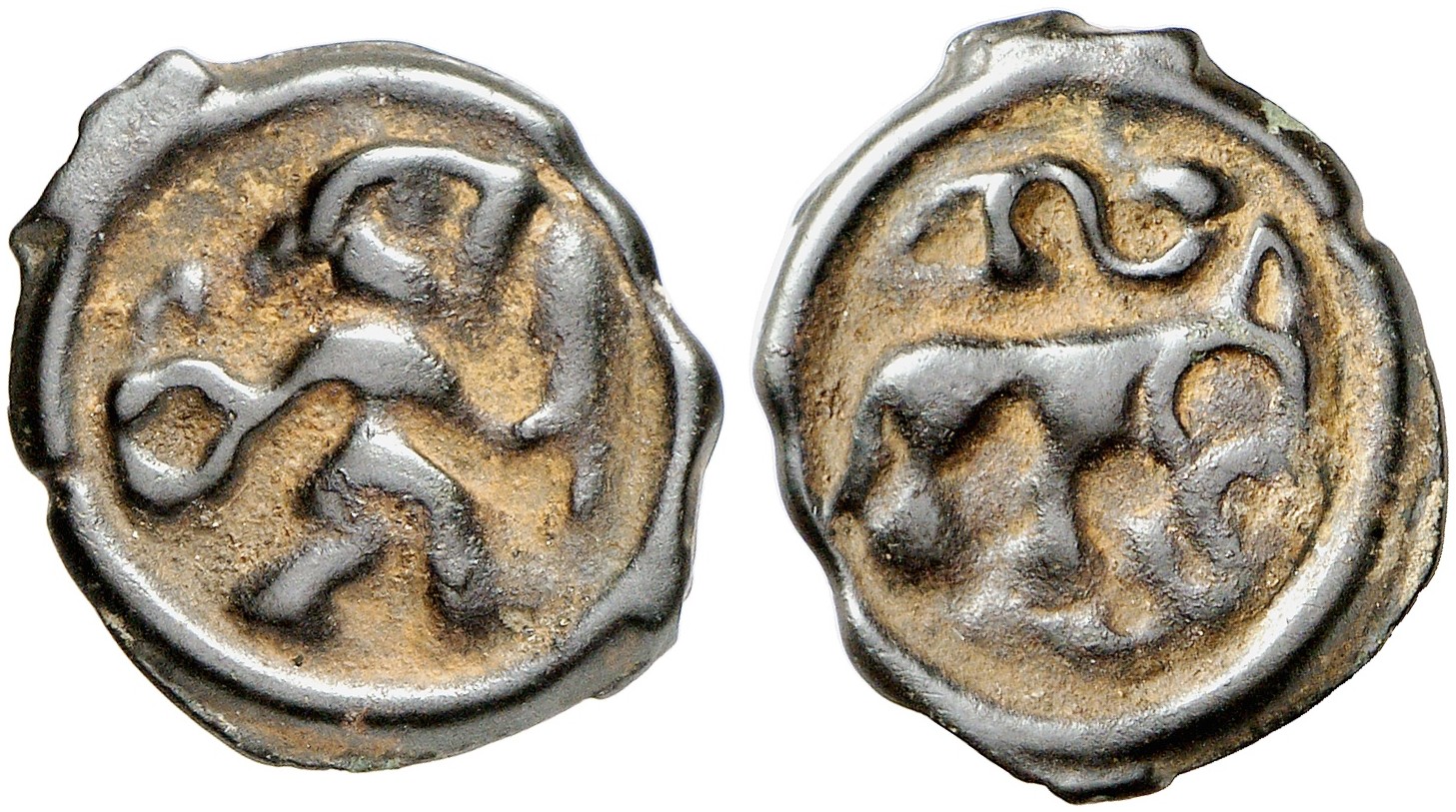 The potin coins of the Treveri are very rare. This piece imitates a much more famous type by the Remi, which probably increased its acceptance. The Remi were a close-by tribe living in the region around Reims.
Above all, this piece is particularly interesting due to its very good condition. It clearly shows that the warrior holds a bow and a shield and not a lance and a torque, as described elsewhere.

At first, the Treveri supported Caesar’s invasion with their impressive cavalry. However, this policy was controversial. Caesar reported on two parties that had formed within the tribe of the Treveri. The men around Cingetorix supported Rome, whereas the followers of Indutiomarus wanted to remain independent. 54 BC, Cingetorix managed to send Indutiomarus and 200 of his followers into exile with great support from Caesar and his troops. As a result, Cingetorix became the sole leader of the Treveri. Ejected Indutiomarus found allies among the Eburones, the Remi and many other tribes. They helped him with returning to the territory of the Treveri and exile Cingetorix for his part. Now, Indutiomarus was the sole leader and used his position to lay siege on Labienus’ troops in their close-by camp with the help of his entire army. Indutiomarus and his men rode every day around the Roman camp to boast and to impress. Labienus prepared himself for that, made a sortie and actually managed to kill Indutiomarus. With this, the resistance was broken for the moment and Labienus and his men were able to withdraw. 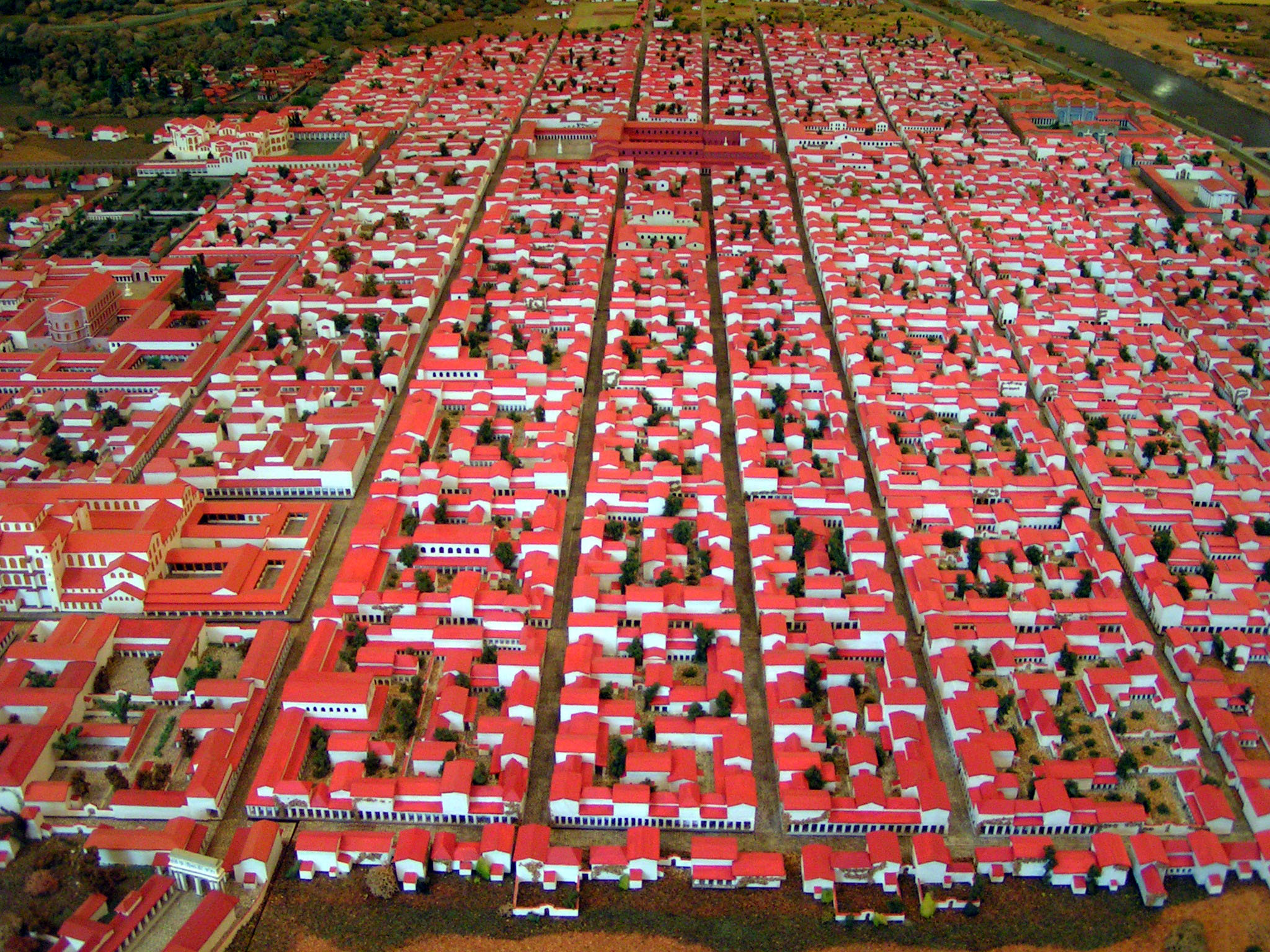 However, the Romans left behind strong military forces on the Petersberg in Treves in order to be able to react immediately in case of another uprising riot by the Treveri. 18/17 BC, a solid bridge was built near the Moselle ford so that the soldiers could instantly intervene even during thaw, should it come to riots somewhere on the Treveri territory. Treves developed out of this small military settlement with the strategically well based bridge and got its name from the tribe which Caesar “pacified”: Augusta Treverorum. After the reorganisation of Gaul under Augustus in 22 BC, Treves became part of Gallia Belgica with the capital Reims. However, Treves flourished and prospered due to the important bridge on the way between the fertile Gaulish hinterland and the fortified Rhine border that constantly required replenishment. Treves became one of the most important trading centres for goods. And at some point, the Romans started placing their administrative bodies in Treves instead of Reims, as they had done before. Treves became the centre of Gallia Belgica and when Diocletian for his part completely rearranged his imperium, it was absolutely certain that only Treves could be the place where one of the Tetrarchs would have his headquarters.