The Treaty of Hamburg 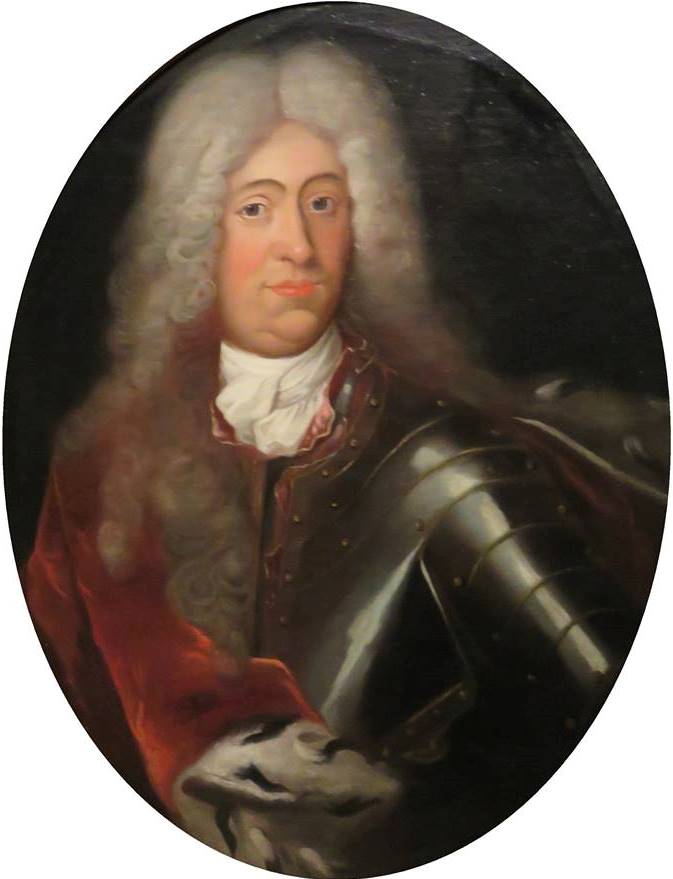 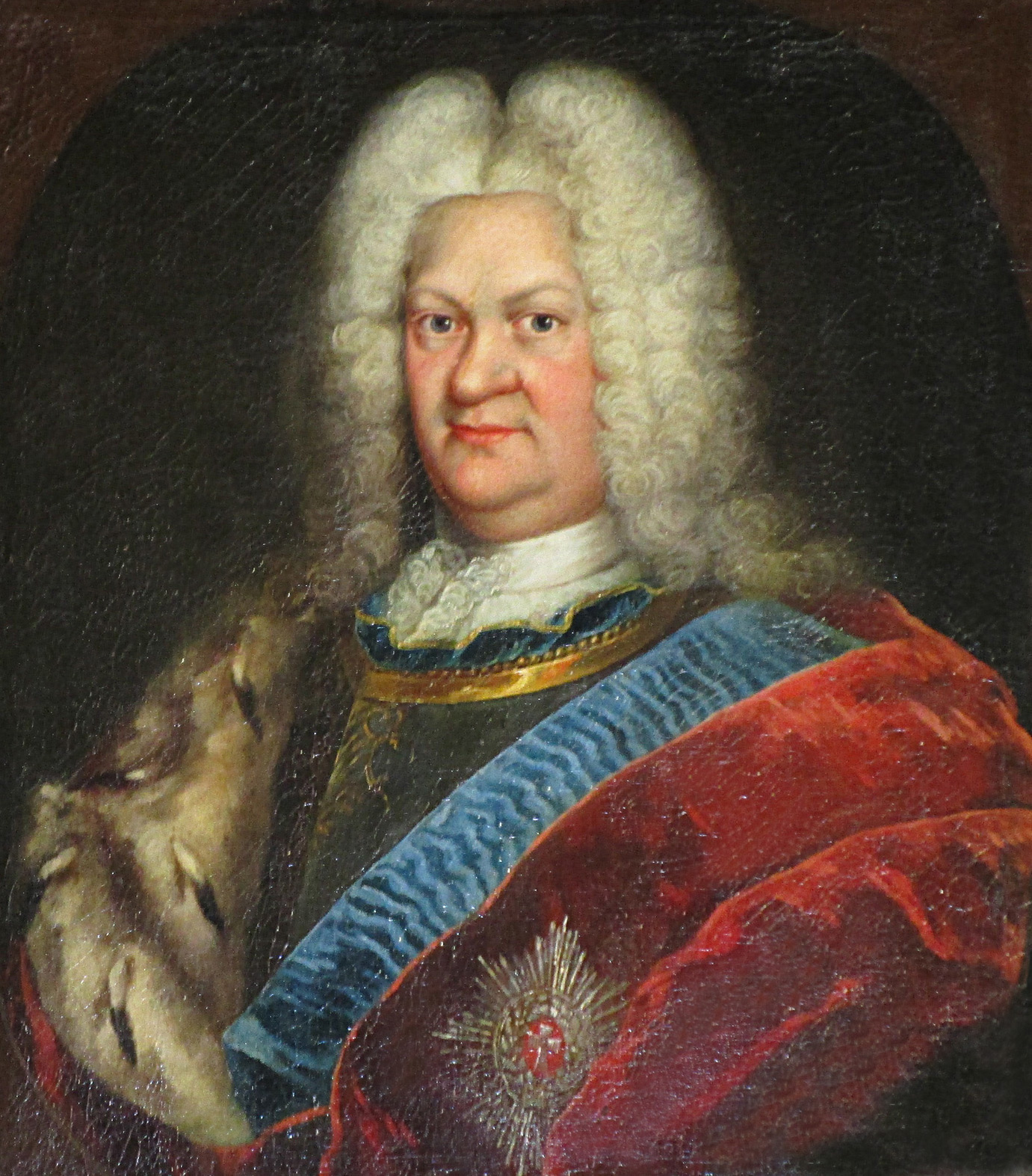 The adversaries: Adolf Friedrich II, the uncle (l.), and Friedrich Wilhelm I, the nephew (r.).

This agreement was only made possible because the emperor and representatives of the Lower Saxon Circle forced the two squabblers to consent to it. The emperor ordered a commission of high-ranking officials to assess the aspirants’ demands. Their decision was made in favor of Friedrich Wilhelm. He was the oldest son of the oldest son of the bequeather who was survived by male descendants. That was worth a lot in a society that committed itself to the principle of primogeniture. His uncle Adolf Friedrich was left with the damage: he was, in fact, the oldest son of the bequeather still alive at the time of the dispute, but he was forced to lower his demands for the benefit of the new understanding of the law. In theory, primogeniture was not yet valid in Mecklenburg but that contradicted the modern sense of justice represented by the commission members. And they were powerful enough to be able to enforce their opinion. To make sure there would not be any room for similar disputes in the future, the contractual partners of the Treaty of Hamburg had to acknowledge the principle of primogeniture for both lines of the Mecklenburg dynasty.

Mecklenburg-Schwerin. Friedrich Wilhelm I. Medal struck in 1701 in celebration of the Treaty of Hamburg. INCLUDING EDGE LETTERING unique. Extremely fine. From Künker Auction 314 (October 9, 2018), no. 4099. Estimate: 10,000 euros.

Friedrich Wilhelm was the winner of this conflict. He celebrated this achievement with a large issue of medals. The obverse of the piece offered at Künker Auction 314 on October 9, 2018 as part of an extensive collection of coins and medals from Mecklenburg, depicts the armored baroque bust of the duke wearing a full-bottomed wig. The reverse shows both residence palaces, Schwerin and Güstrow. They are connected by heavy chains and held together by the heraldic animal of Mecklenburg, the bull. The chains are attached to its nose ring. The inscription translates to: With an irresolvable chain, the justice of emperor Leopold by the grace of God joined [them] in Hamburg on the 8th of March in the year 1701.

The medal is not a rare piece in itself. But the edge lettering you can see on this specimen turns this into a unique one. Torsten Fried, who has done research on the medals of the dukes of Mecklenburg, only knows this one piece. Perhaps it was designated for a special purpose. The inscription hints at it: The greater turns into the creator of something even greater for the succeeding great. 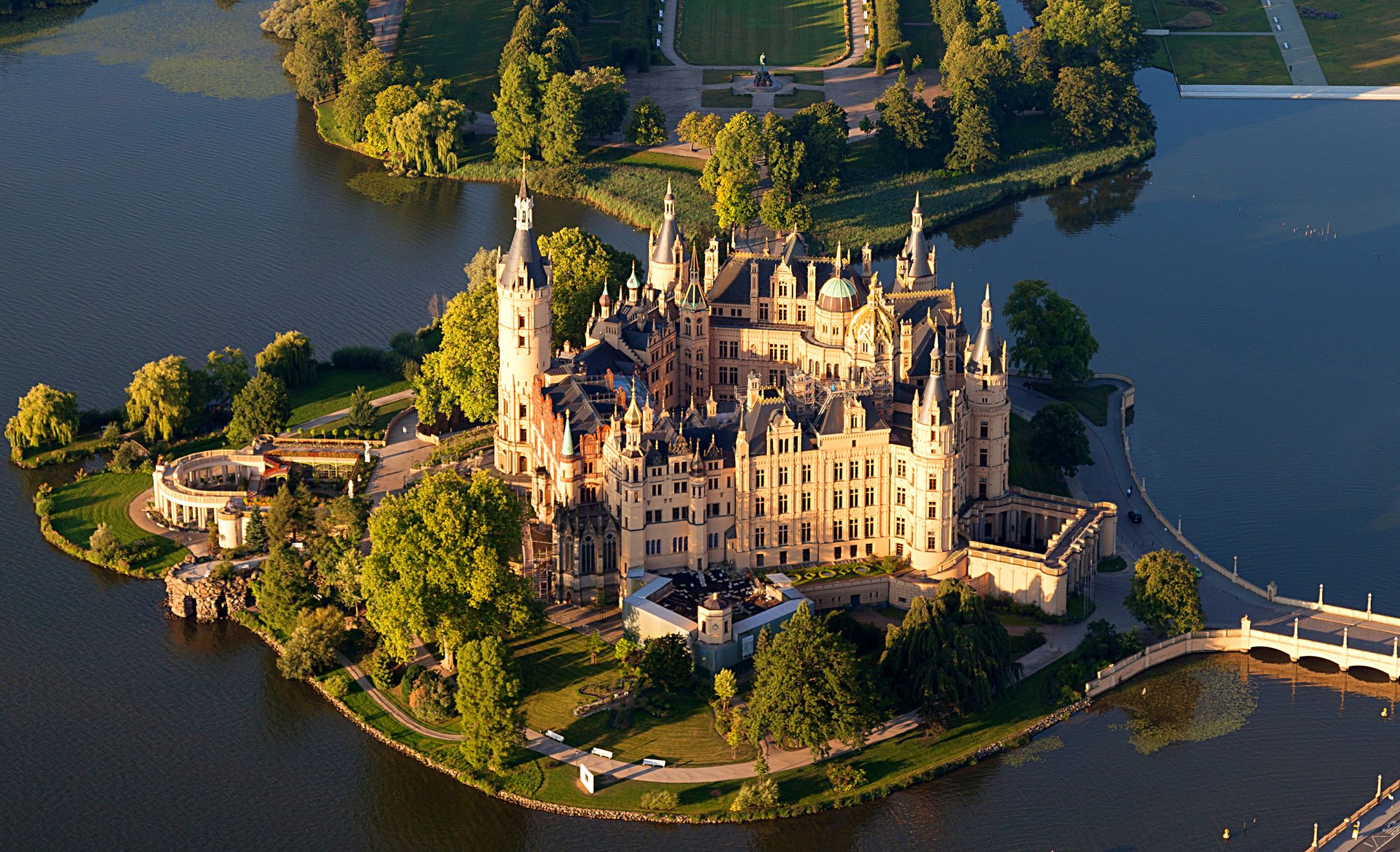 The Mecklenburg Palace, depicted in the left field of the medal, was not only used as a film set. It was also immortalized on a coin. Image: WorldKnowledge0815, CC-BY 3.0.

Underneath the Mecklenburg Palace – seen on the left of the coin – you will find the initials Z. D. K. They represent Zacharias Daniel Kelp from Husum, who was about 29 years old at the time. But anyone who assumes that it was him who cut this medal die is mistaken. The court chamber of Mecklenburg had ordered the actual creator and mint-master Barthold Meyer to replace his own initials with those of Kelp. And here is how that came about: In 1695, Friedrich Wilhelm I made Zacharias Kelp mint-master at an annual wage of 300 reichstalers. In 1696, the considerably older Barthold Meyer was appointed to work alongside with him and took over the work of the die cutter and warden at a wage of 250 reichstalers. This was a tricky situation because as mint-master Kelp was Meyer’s supervisor but as warden Meyer was Kelp’s inspector. And this situation escalated at the end of 1696 already. Meyer did not only criticize Kelp for his mint running unproductively. He also accused him of using unclean crucibles and an inaccurate scale. The duke had neither the leisure nor the time to deal with this dispute. The fact that he was on Kelp’s side is proven by a minting contract which was more than beneficial for Kelp. Meyer had to give in and reconcile with him. He even travelled to Hamburg to attend his boss’s wedding. Since Kelp remained in Hamburg for the next few years and had previously handed over the responsibility for the mint to Meyer, it took a couple of years for the situation to get out of hand again. But as soon as they worked under one roof once more, the dispute was reignited. In 1700, the two of them stirred up hatred against each other so ardently the duke had both of them arrested in July of 1700. All of the documents were presented to a mint-master from Rostock who, as an expert, calculated that Kelp owed 1,400 reichstalers to the duke. Kelp paid 1,000 reichstalers immediately, but when he remained short of the additional 400, the duke took away the key to the mint and appointed Meyer the new mint-master on February 22, 1701. In this capacity, Barthold Meyer created the medals celebrating the Treaty of Hamburg. He was not allowed to sign them using his own monogram based on an official order of the ducal chamber. Kelp had used his exceptional connections to take his colleague down a peg or two!
Kelp schemed in order to win back his old profitable position. And he actually succeeded in convincing two mint assistants to denounce Meyer at the ducal chamber. They claimed that the overwhelmed mint-master had not harden the iron well enough and had made some other technical mistakes…
That is how Kelp got the upper hand again. The duke forgave him, personally acted as godfather of Kelp’s child and once again appointed him mint-master on July 28, 1701. Meyer remained at the mint – as die cutter and warden.
Alas, not for long. Meyer passed away resentfully on July 27, 1702.

But this did not mean the end of the fight in the mint. Kelp jauntily continued the dispute with Meyer’s successor, the medalist Johann Friedrich Hilcken from Saxony. In 1709, it even became apparent that Hilcken had had to bribe Kelp in order to get his position. Due to Kelp’s advocacy with regards to the job, he conceded to him the profit of his first medal, the “Elephantenmedaille” (engl. Elephant medal).

Thus, the beautiful medals of Friedrich Wilhelm of Mecklenburg-Schwerin are not just a testimony to the “great” history, but also to the large extent to which a scheming courtier could use the benevolence of his ruler at the harm of everyone else in the Baroque period.