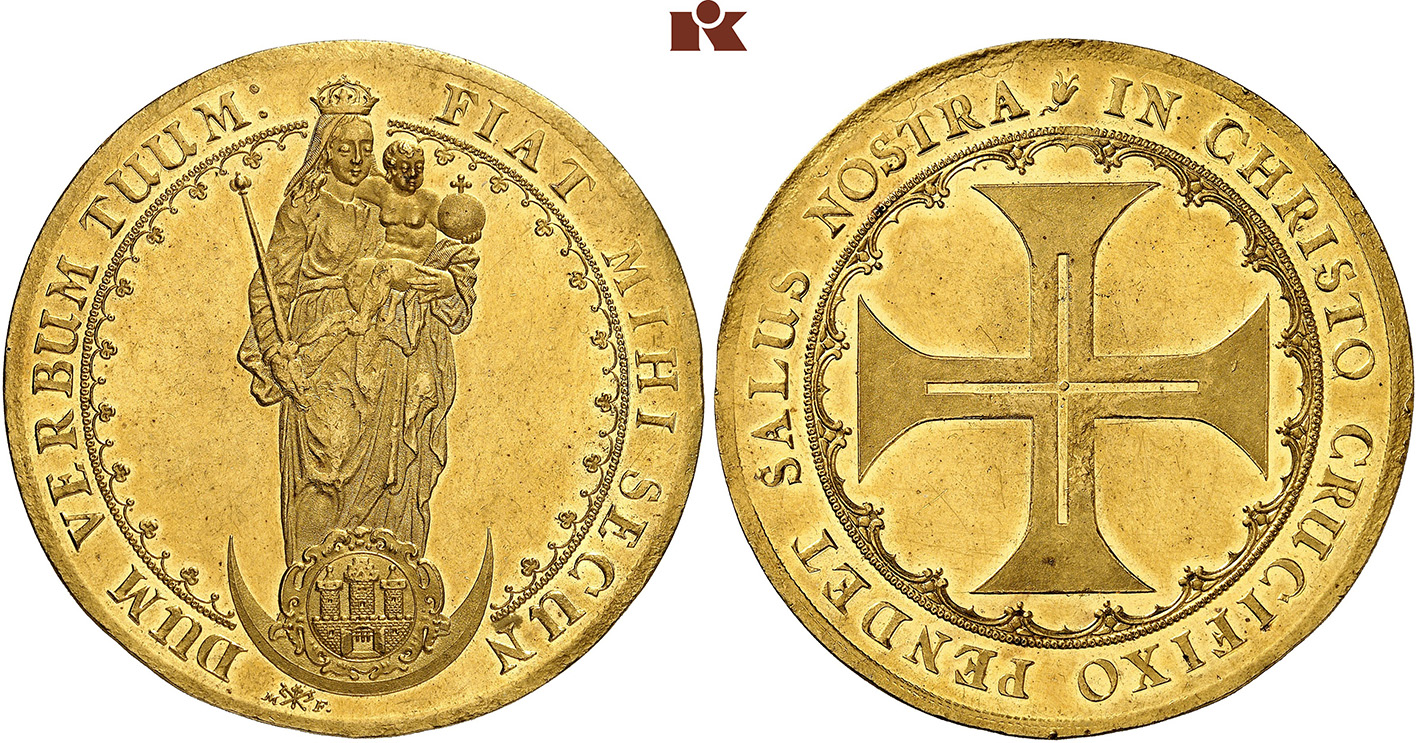 March 2, 1619, was the date when the Hamburg Giro Bank opened its doors. That was motivated by serious monetary problems the commercial city was facing. It had become almost impossible for an honest merchant to do sound business, with the money constantly diminishing in value due to currency manipulations during the Tipper and See-saw Time. That prompted the idea to skip the cash when selling and buying goods and to transfer money cashless from one account to another through a trustworthy, neutral institution controlled by the state. The system was modelled on Venice with its Banco della Piazza di Rialto as well as on Amsterdam with its Wisselbank. 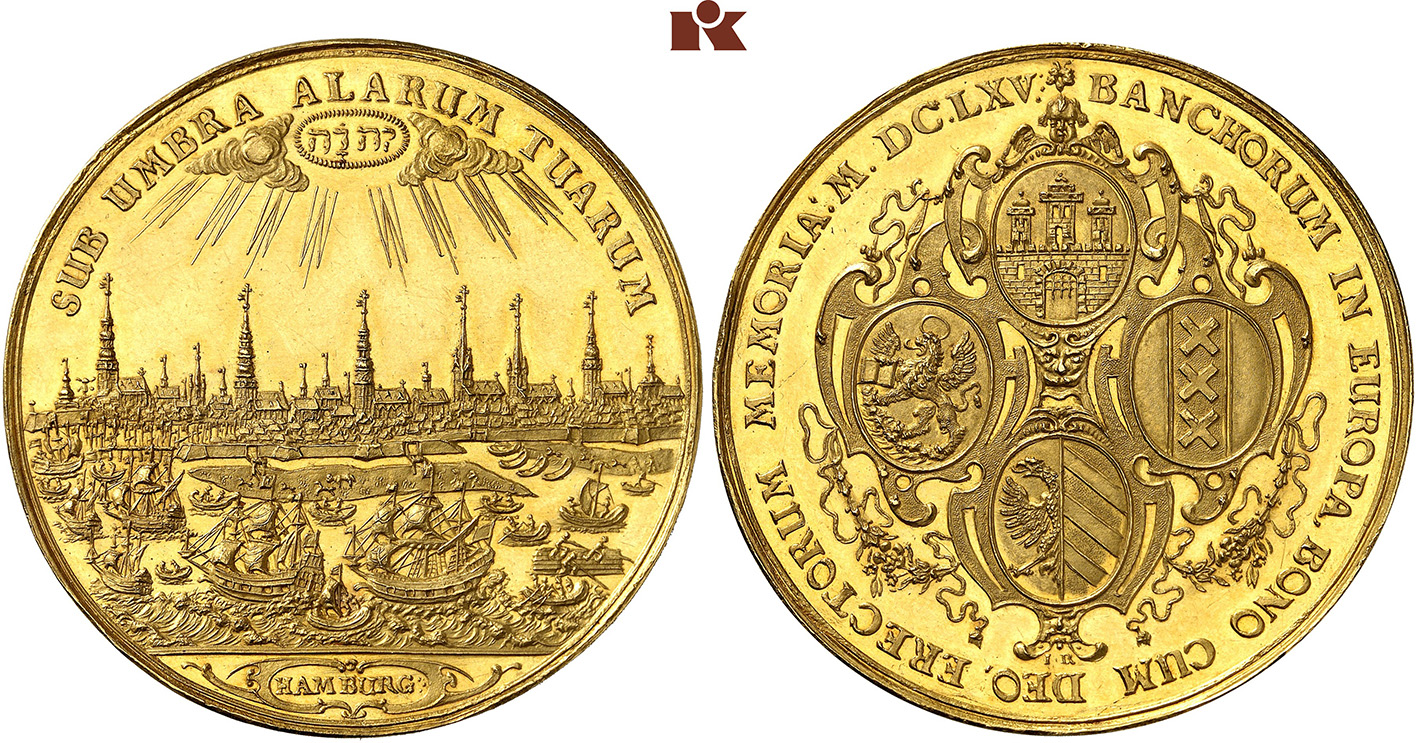 The ‘Hamburger Bank’ (= Bank of Hamburg) was the first of its kind in Germany and highly successful. It was thanks to this bank that Hamburg became soon the third important banking place in Europe.
By German standards of the time the Bank of Hamburg was revolutionary. Nevertheless, it was far away from our modern credit institutions. There was no bank overdraft, neither any interest on savings. Anyone who intended to open an account with the bank was required to physically hand in his good silver coins. Which silver coins were good was specified by the bank management. These coins were converted into a book currency, the mark banco. 27 mark banco equaled a fine mark silver, for centuries. The silver paid-in was deposited in the vault and served as security for all transactions made through the bank. The bank account provided the chance to transfer money to another account virtually, without coins changing hands in the process. That could be done only on working days between noon and 1 p.m., with the account holder turning personally to the bank’s accounting clerk and handing in what we would call a transfer. 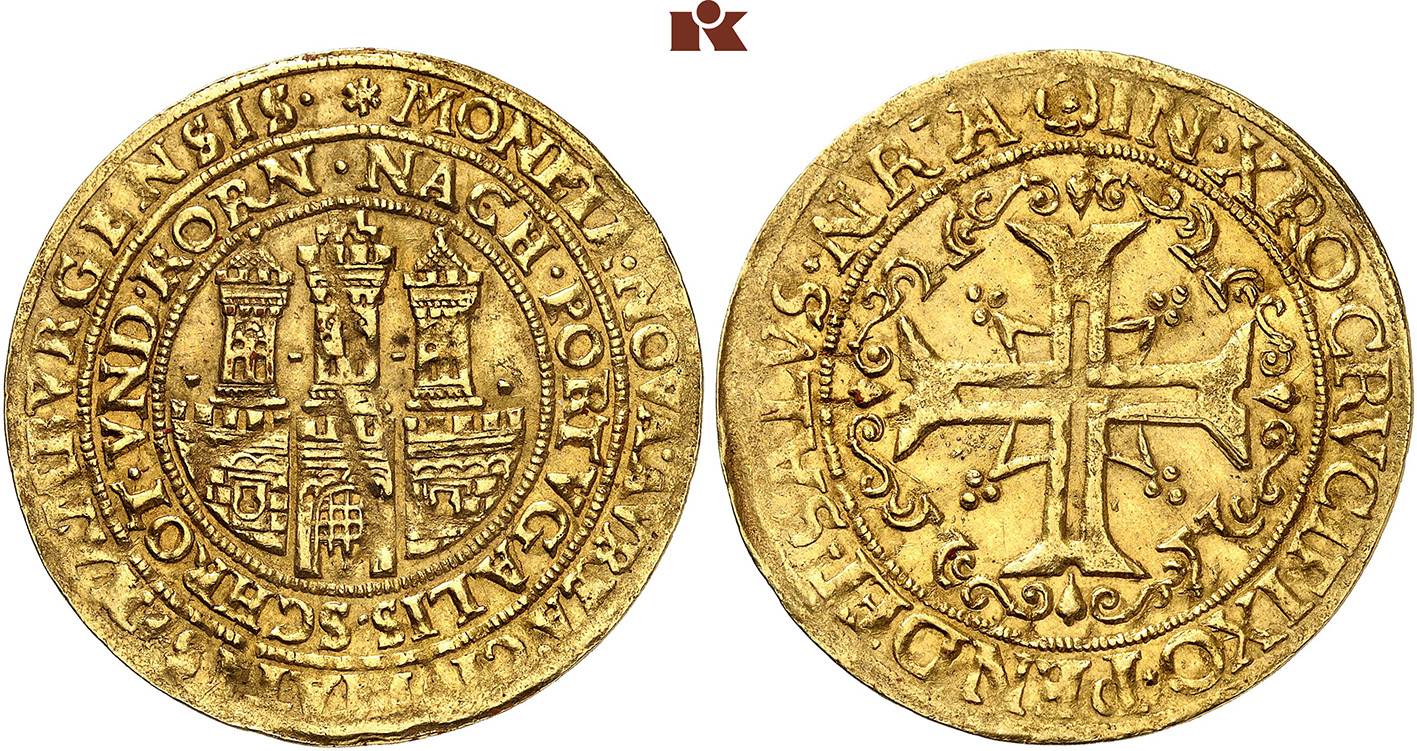 The Bank of Hamburg was the institution which the city government officially appointed mint authority when it decided to resume the production of portugalöser in 1653. The portugalöser were heavy gold coins of stable value, in the weight of 10 ducats. Even at that time, this denomination had a very long tradition. The Portuguese had brought the gold, which they had imported from Africa, in this form to Europe. Hamburg used to mint coins based on the Portuguese model, exhibiting the city’s coat of arms (fig. 1). Now, these gold coins of similar weight, in their Baroque splendor, praised Hamburg as city and port, as a center of commerce and finance. 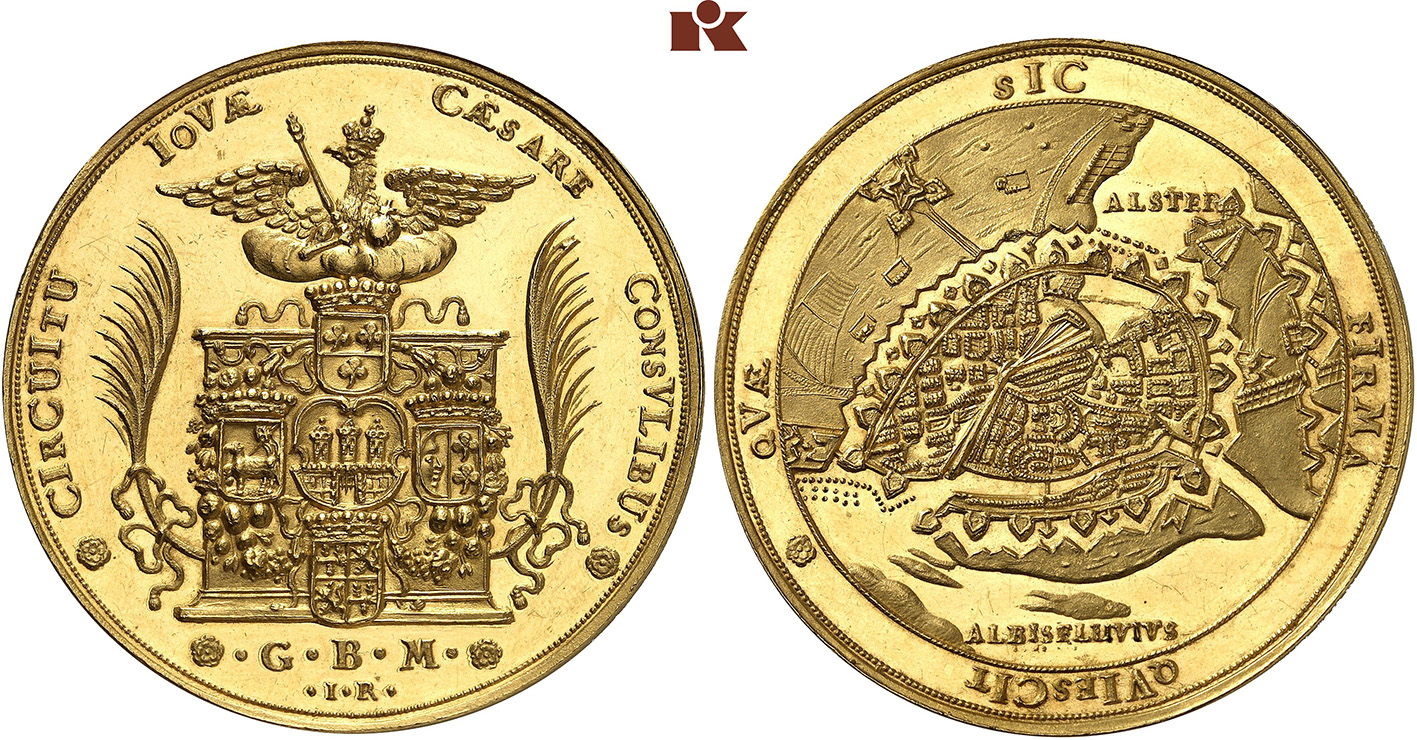 The Hamburg bankportugalöser were a popular gift at christenings and weddings because of their careful manufacturing and their stable value. To address them as ‘mere’ medals would be too short-sighted, though. With its name, the Bank of Hamburg guaranteed that the portugalöser indeed corresponded to 10 fine ducats in respect of their weight and their fineness. They could always be traded in for 10 ducats. 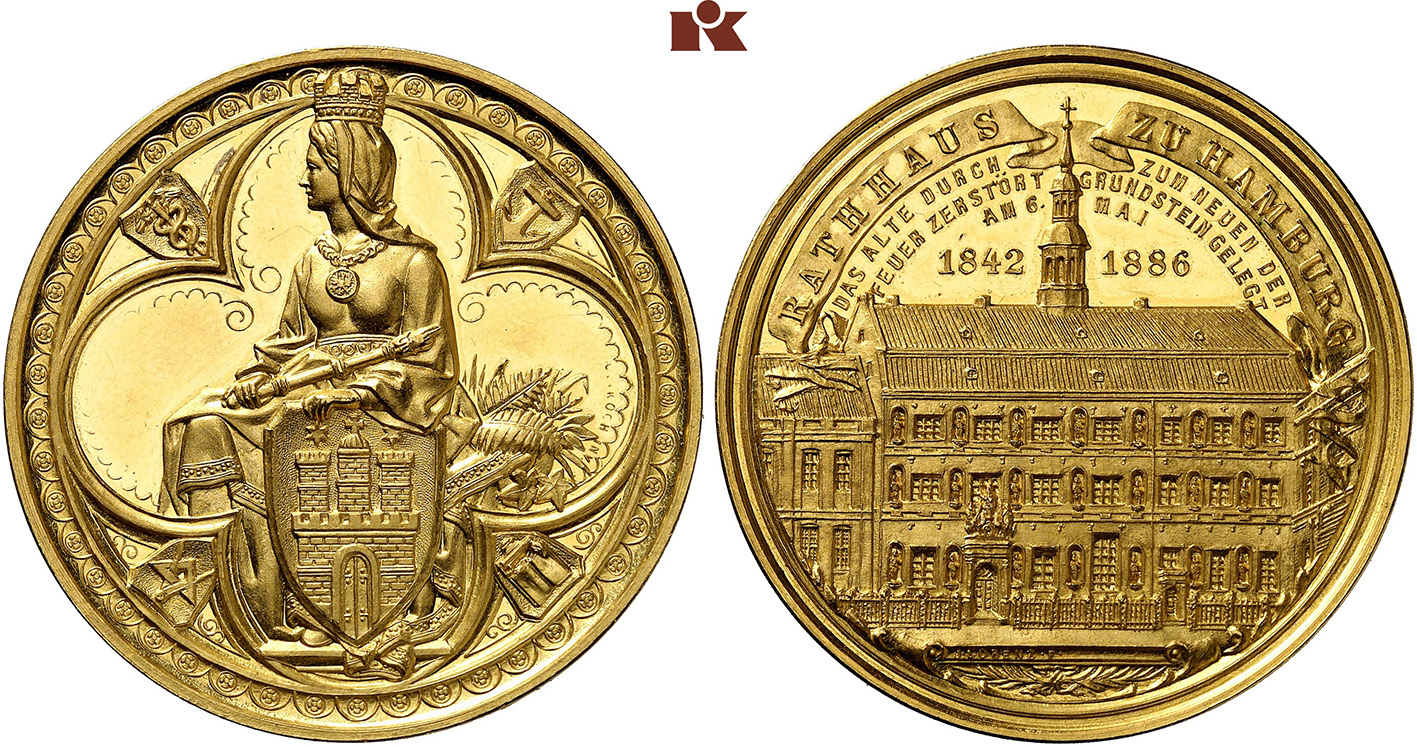 The Bank of Hamburg existed until 1875, thus outliving both the Venetian Banco and the Amsterdam Wisselbank. The bankportugalöser, however, continued to be issued (fig. 3), though not at the equivalent value of 10 ducats but of 100 mark instead.