Rarities for the World Money Fair

Auction house Künker from Osnabrück will offer 1,077 lots with world coins and medals in Berlin on 30 January 2020 before the begin of the World Money Fair. The day starts with the Prof Dr Rudolf Wiechert Collection o. a. featuring rarities from Brandenburg-Prussia. Coins and medals of the German States comprising a wealth of rarities of outstanding quality come next. There are also numerous interesting pieces from the Holy Roman Empire on offer, many of them struck at the mints of Prague and Graz. The next section comprises world coins. Connoisseurs can look forward to some special surprises in this category, for example, a series of the popular 5 guineas from Great Britain. A selection of orders and decorations rounds off the offer.

The Prof Dr Rudolf Wiechert Collection o. a. Including Coins from Brandenburg-Prussia
The Berlin auction starts with 139 selected gold and silver coins of the Hohenzollerns. They stem from the collection of well-known chemist Prof Dr Rudolf Wiechert o. a. and have one thing in common: All of them are of exceptional quality. The collection focuses on gold coins and – regarding the time of minting – on the coins of soldier king Frederick William and those of his son Frederick II. 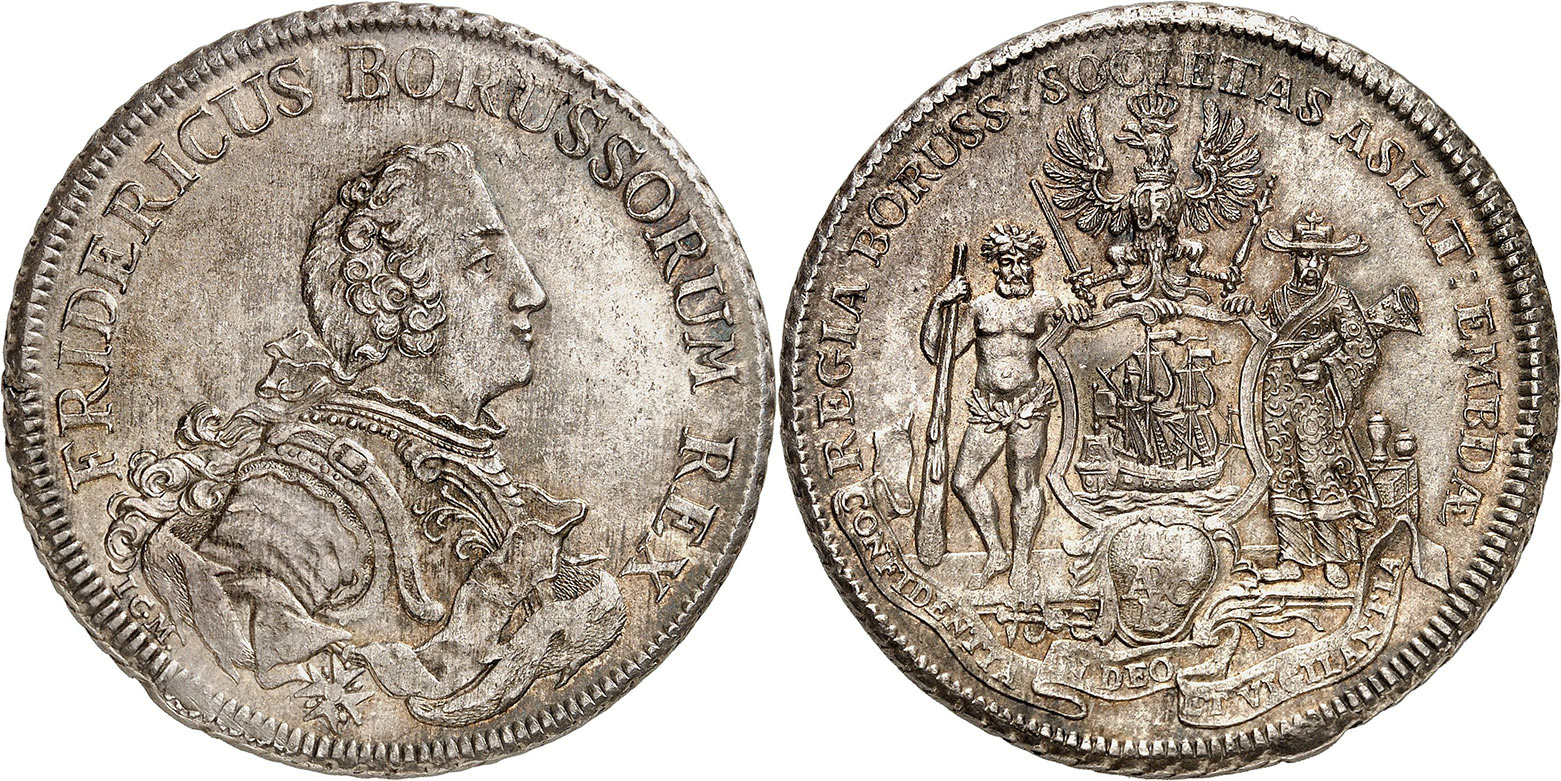 German States
Those interested in coins of the German States in outstanding quality will find what they are looking for at this auction. And those who would like to have a bit of history as a bonus will find an abundance of interesting pieces.
For example, let us take a look at a medal from Brandenburg in Franconia: In 1754, Charles William Frederick had a medal of 40 ducats struck on the occasion of the wedding of his son Christian Frederick Alexander and Frederica Caroline of Saxe-Coburg-Saalfeld. This marriage was – as many others that were concluded for political reasons – rather unhappy. However, the consequence the husband drew after the death of his wife was rather unusual. Although the marriage had been childless, he did not marry again within his social class to conceive an heir to the throne. No, he ceded his rule to Prussia in exchange for a significant life annuity and enjoyed his remaining years with his lover in England. 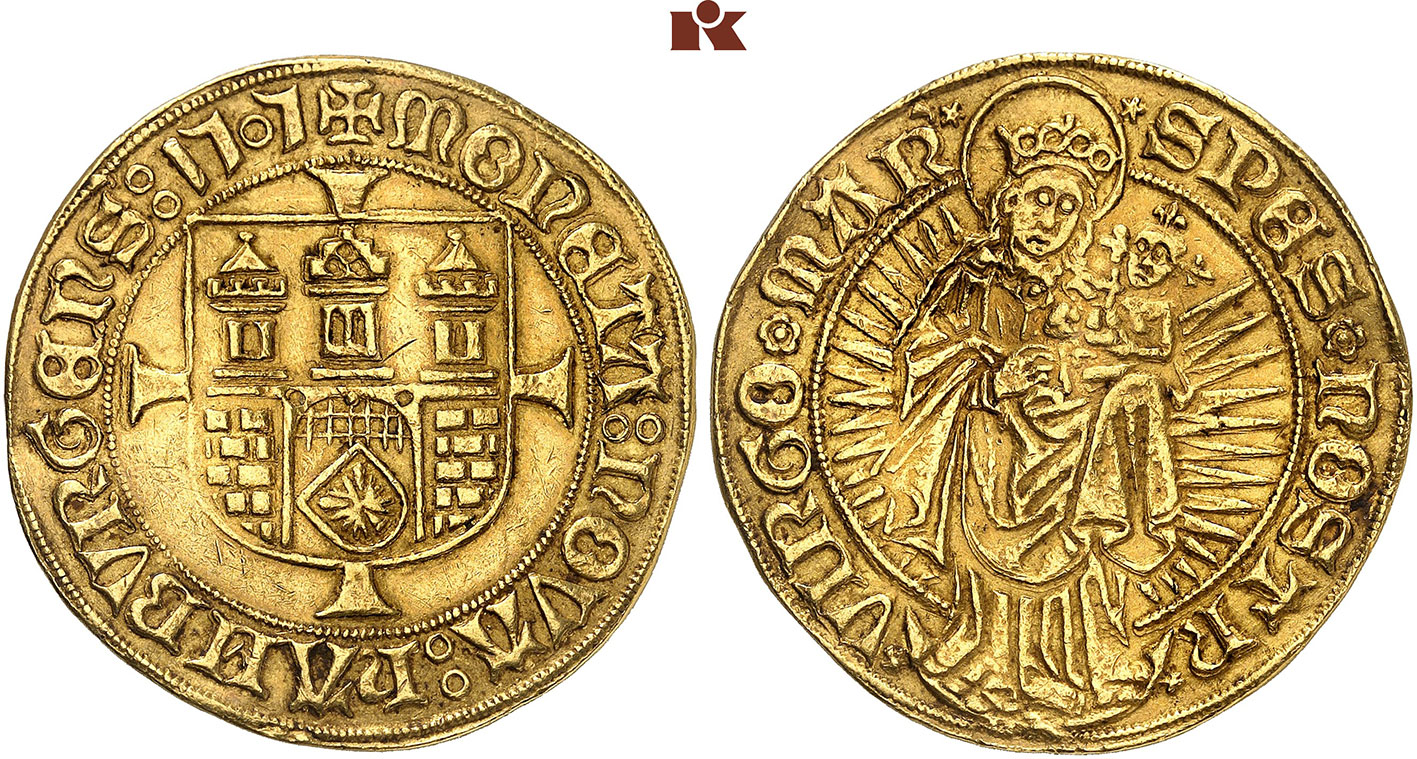 Coins of the Holy Roman Empire
Another highlight of the auction are almost 90 lots of coins and medals of the Holy Roman Empire. Collectors from the Czech Republic and Styria will be particularly delighted because this series contains numerous coins made in the mints of Prague and Graz.
But there are also some spectacular pieces of the Mediatized Houses. And at this point we are not thinking of the relatively frequently seen Salzburg gold multiples, but of coins of the noble families of the Dietrichstein, the Eggenbergs, the Esterházys, the Lobkowiczs, the Paars, the Windisch-Graetzs and, of course, the counts of Schlik (Slikové).

World Coins
The section World Coins and Medals only comprises less than 300 lots, but all of them are extremely interesting. Experts will find rarities from many countries, pieces that simply are not commonplace. Especially among the French lots there are outstanding pieces, for example, an early silver medal minted under Charles VII commemorating the expulsion of the English from France in 1455.
The small series of 5 Guineas comprising pieces of James II to George II is likely to arouse great interest as well.

You can also access the auction catalogue online at www.kuenker.de.

Please note that this viewing is combined with the viewing of the eLive Premium Auction 332:
North German Rarities from the Friedrich Popken Collection | The Taler treasure of Betzenstein | Special collection from the House of Habsburg | Medals from all over the world. The online auction will take place from February 5-6, 2020 at www.elive-auction.de