Heinrich Wilhelm von Werther: The Man Who Averted a War

‘The King to the Honourable Mr Werther, Ambassador Extraordinary and Minister Plenipotentiary of Prussia’; King Charles X had this inscription engraved into the edge of a gold medal. This piece was intended as a personal gift from the French king to the Prussian ambassador Heinrich Wilhelm von Werther, who had attended Charles X’s coronation in Reims as a representative of the Prussian king.

The medal recalls a time when France and Prussia worked closely together. It comes from the Hermann Schwarz Collection, which will be auctioned by Künker in Osnabrück on 25, 27 and 28 September 2021. The medal has been part of the Schwarz Collection since 1838, when the collector purchased it from Munich-based coin dealer Julius Jenke. The medal is a unique testimony to the fact that 19th-century Germany not only produced politicians who pushed for war, but also those who wanted to prevent it. But let’s start at the beginning. 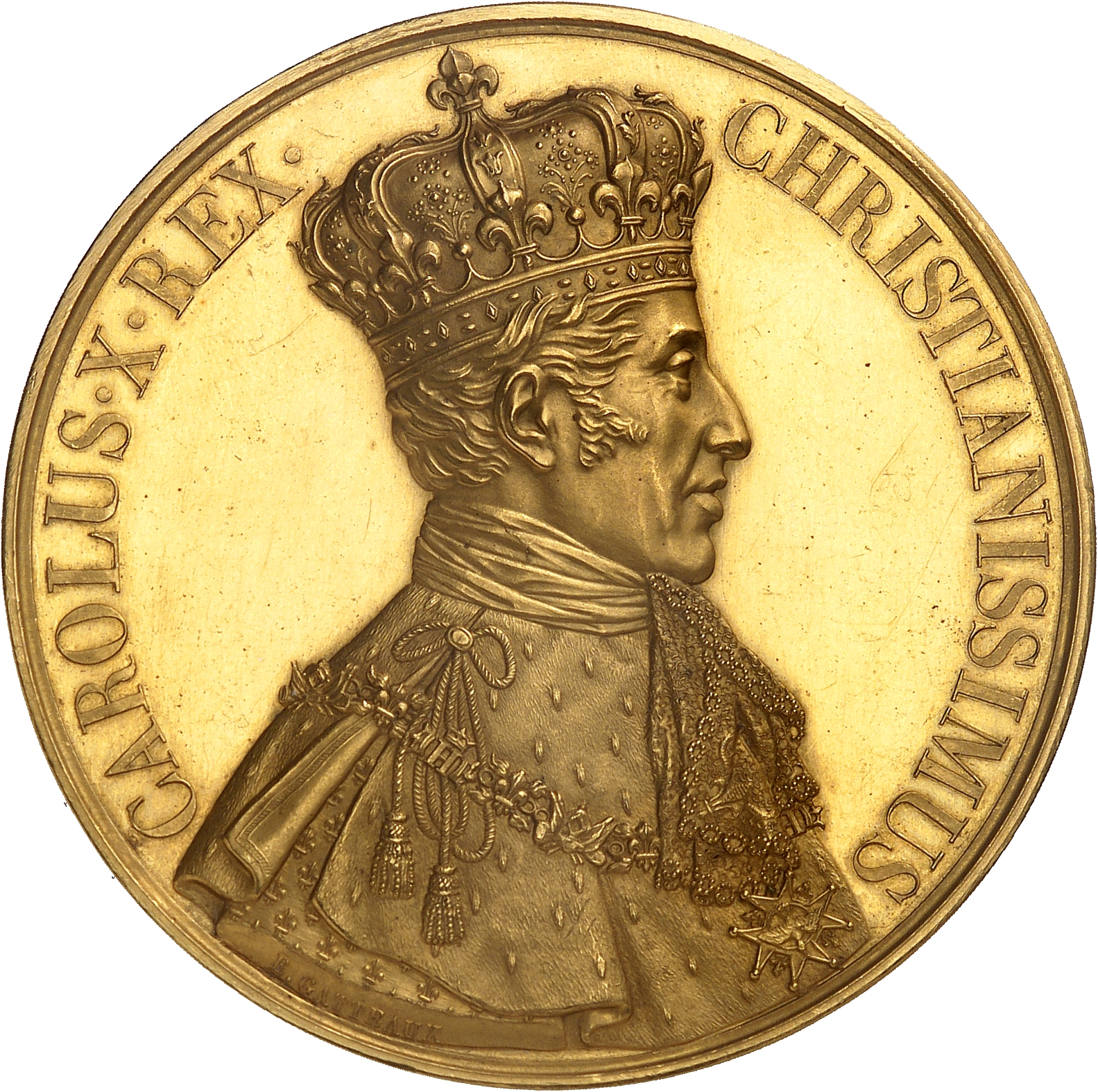 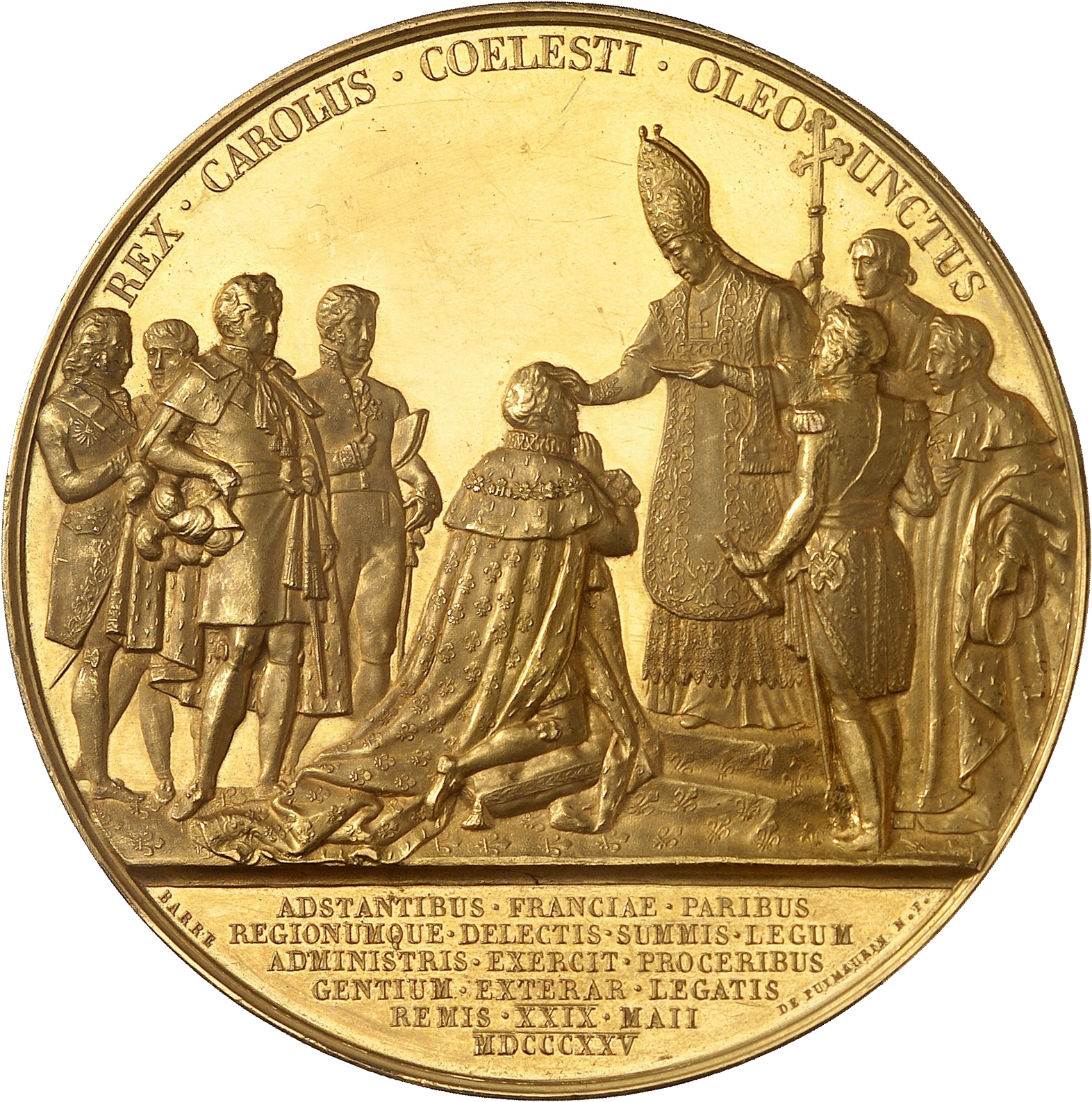 Kings by the Grace of God?

It’s worth taking a closer look at this medal. It does not depict the ruler’s coronation, as you would expect, but rather his anointing. And there’s a very special reason for this. By placing the focus on the anointing of kings, Charles X made it clear that he had received his power directly from God.

In fact, the French anointing oil was understood to be a gift from heaven, which – similar to the ordination of priests – made the king one of the ‘Lord’s anointed’. According to legend, the Holy Ampulla, a glass vial that dispensed oil inexhaustibly for around 1,000 years, was flown in from heaven by dove so that St Remigius – who had foolishly forgotten his own vial – could anoint the first Christian king of France.

Modern historians know that anointing could have formed part of the coronation ceremony since at least the Carolingian dynasty and that it was an indispensable ritual at the time of the early Capetians.

The critical role that this ritual played in the perception of French kings is reflected in the fact that in 1793 – directly following the execution of Louis XVI – the French revolutionaries believed they had to smash the sacred glass vial in a public ceremony in order to prevent any monarchs from being anointed in future. Then, when it came to the coronation of Charles X, the first coronation after the Congress of Vienna – Louis XVIII had dispensed with a coronation in Reims for diplomatic reasons – the holy oil was miraculously restored: it was said that pious citizens had gathered up fragments of the vial, which still had oil stuck to them. According to another story, the holy oil was rescued by a priest and a city official, both of whom had taken a drop of the precious liquid from the vial before it was publicly destroyed.

We may find these quibbles amusing today, but don’t forget that behind the ampulla and the oil lay a highly charged political question: who legitimised the French king? God or the people? With his anointing and this medal, Charles X demonstrated his conviction that God had made him the ruler of France and that he was therefore infallible in his decisions. This was an attitude shared by many of his peers. In the Holy Alliance, signed on 26 September 1815, the Russian Tsar, the Emperor of Austria and the King of Prussia had assured one another that they would rush to each other’s aid if one of them ever found their divine right and dynastic legitimacy threatened by another revolution. With a few exceptions – including the Papal States and Great Britain – all the monarchs of Europe joined the Holy Alliance, including France in 1818. 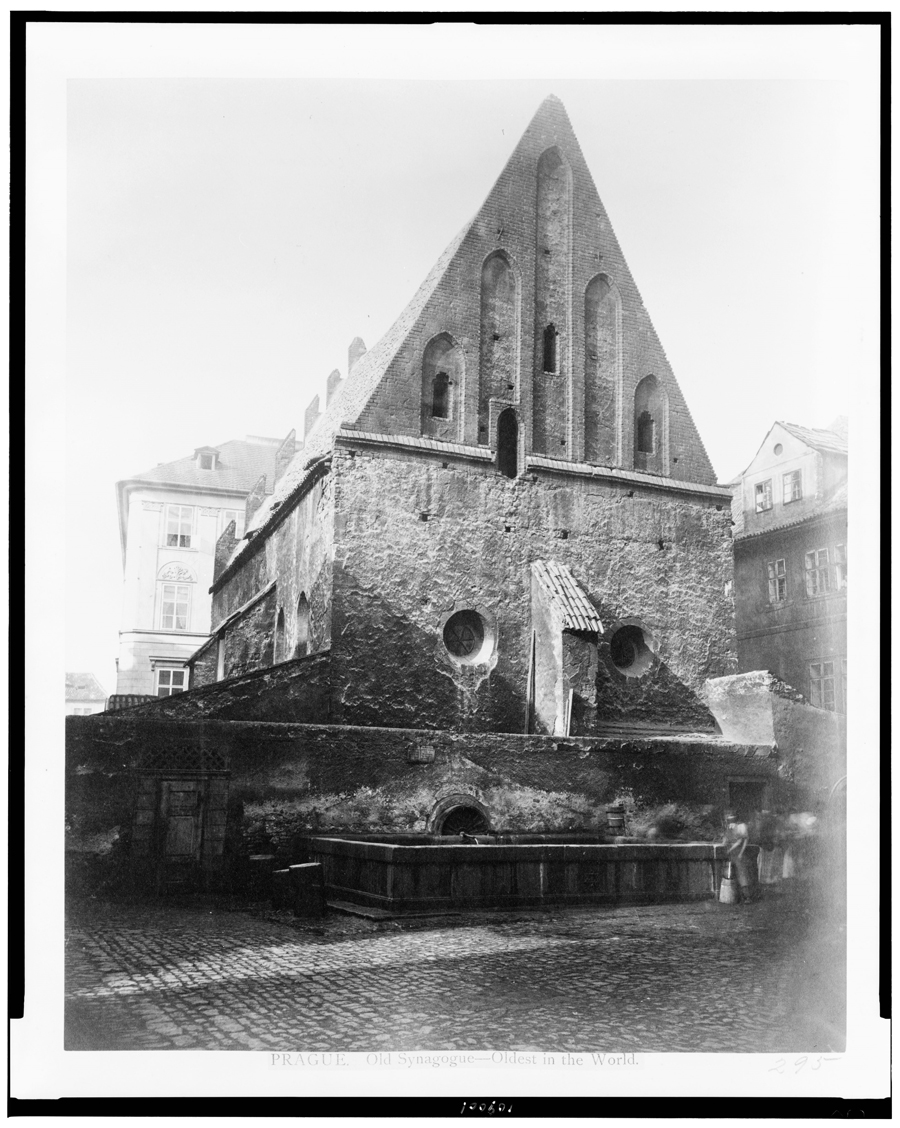 Probably the most famous image of the July Revolution, by Eugène Delacroix: Liberty leads the French people to victory. Louvre.

The July Revolution – a Case for the Intervention of the Holy Alliance?

And then came the July Revolution. The people of France rose up against the restoration attempts of Charles X, who intended to revoke the voting rights of 75% of the electorate. Food shortages aggravated the situation and gave the uprising its brutal clout. On 26 July 1830, the July Ordinances on suffrage were published. On 27 July, the Parisians took to the barricades – quite literally. On 29 July, they occupied the Louvre and on 2 August, Charles X abdicated his throne.

And this is where Prussian envoy Heinrich Wilhelm Freiherr von Werther enters the scene. Born in Königsberg in 1772, this Prussian worked in the military and at court for several years before opting for a diplomatic career. His professional journey took him via Constantinople, Spain and London to Paris, where he represented Prussia’s interests from 1824 onwards. His contemporaries praised his conciliatory nature, his keen powers of political observation and his excellent network. For example, he was at least acquainted, though perhaps not exactly friends, with both Charles X and his successor Louis Philippe.

Werther used diplomatic means to fight for a peaceful coexistence between nations. And that’s how he ended up playing a key role in ensuring that Prussia, as a guarantor power of the Holy Alliance, did not agree to go to war with France, however much Metternich called for it. How great was Werther’s influence in securing Prussia’s agreement when France and Great Britain jointly declared that every nation had the right to change its government? The right of a people to self-determination, so taken for granted nowadays, became a European maxim in response to the events following the French July Revolution of 1830. And Werther may have been involved in its formulation.

We can see just how important Heinrich Wilhelm von Werther considered his presence in seething Paris from the fact that in spring 1831, he turned down the office of Prussian Foreign Minister! The powers with whom he negotiated recognised his accomplishment: he was awarded the Order of Alexander Nevsky by the Tsar and the Grand Cross of the French Legion of Honour by the French king. The Prussian king honoured him in 1833 with the title of ‘Wirklicher Geheimrat’ (High Privy Councillor) and the Order of the Black Eagle. And let’s not forget that in April 1837, once the crisis had been resolved, he appointed him Prussian Foreign Minister after all. 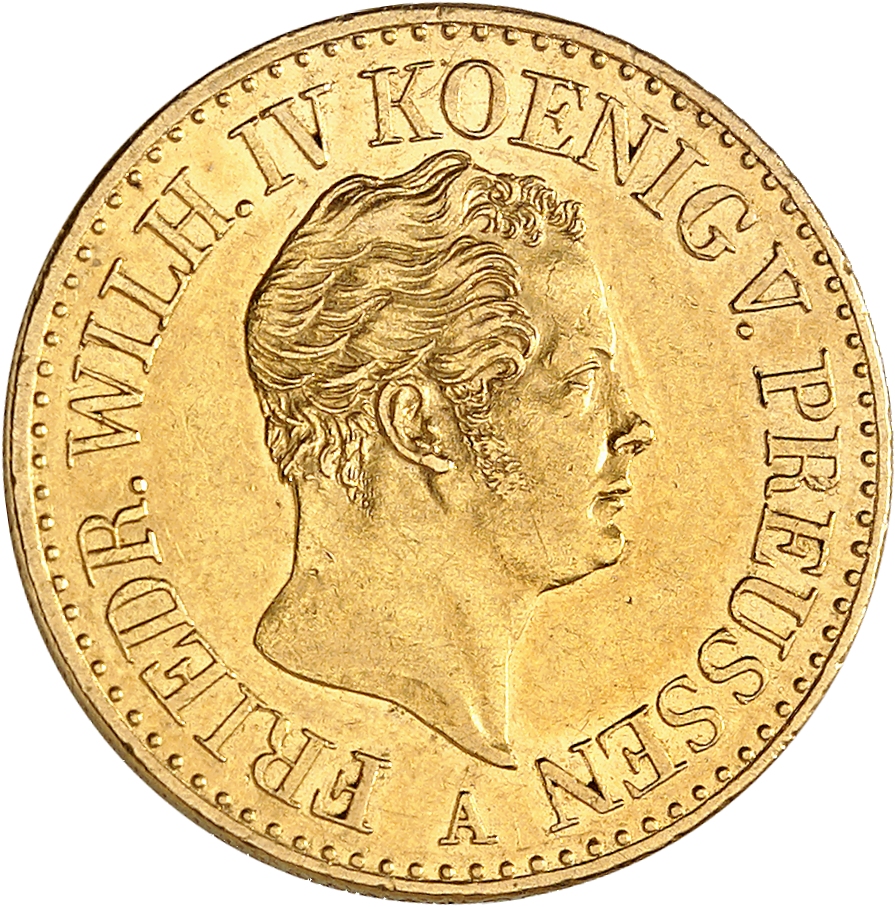 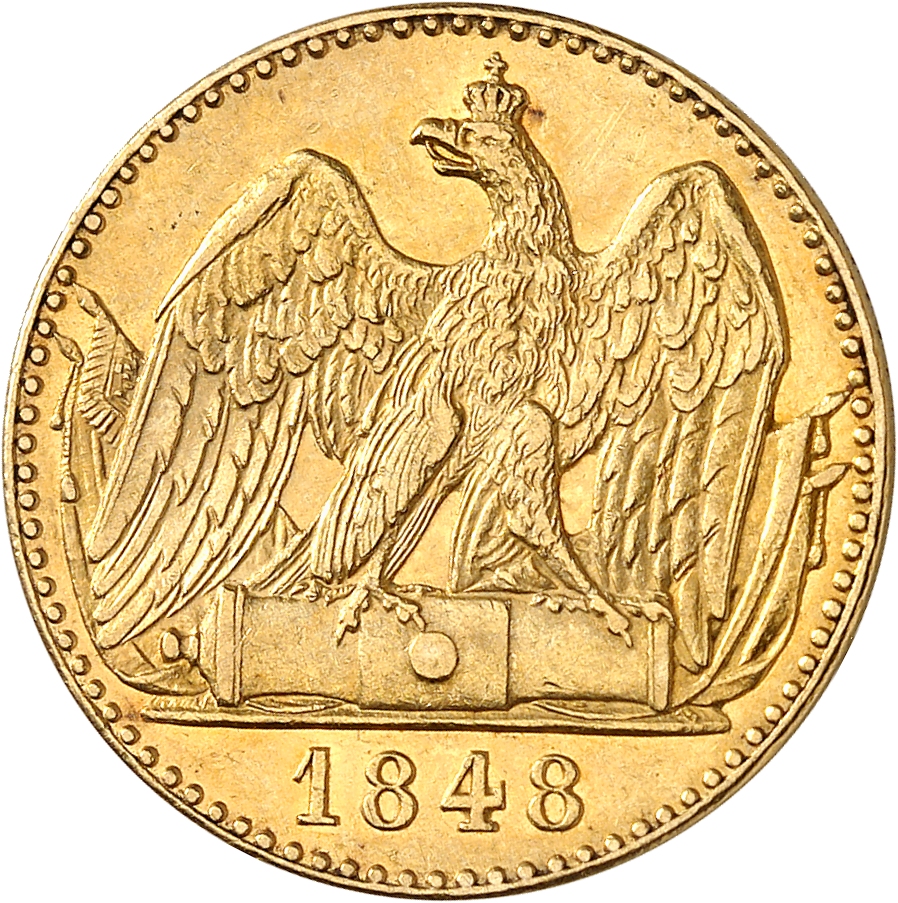 The Divine Right of Kings Returns to Prussia

On 7 June 1840, Frederick William III died. His son Frederick William IV ascended the throne and, from the outset, made no secret of the fact that he considered himself a ruler by the grace of God – and viewed the ‘citizen king’ Louis Philippe I as an illegitimate usurper. Heinrich Wilhelm von Werther probably forestalled his dismissal by handing in his resignation himself in August 1841. This way, the shrewd diplomat was able to retain his good relationship with the king, at least outwardly, and continue to exert his influence from the background.

It says a lot about him as a father that his son, Karl von Werther, also shared his ideals and worked in the diplomatic service with the intention of preventing wars, rather than starting them. But when he attempted to torpedo Otto von Bismarck’s plans for the war of 1870/1 by negotiating with France, he was dismissed from the diplomatic service with a sharp public reprimand. Fortunately, this was a war that his father Heinrich Wilhelm von Werther didn’t have to experience.