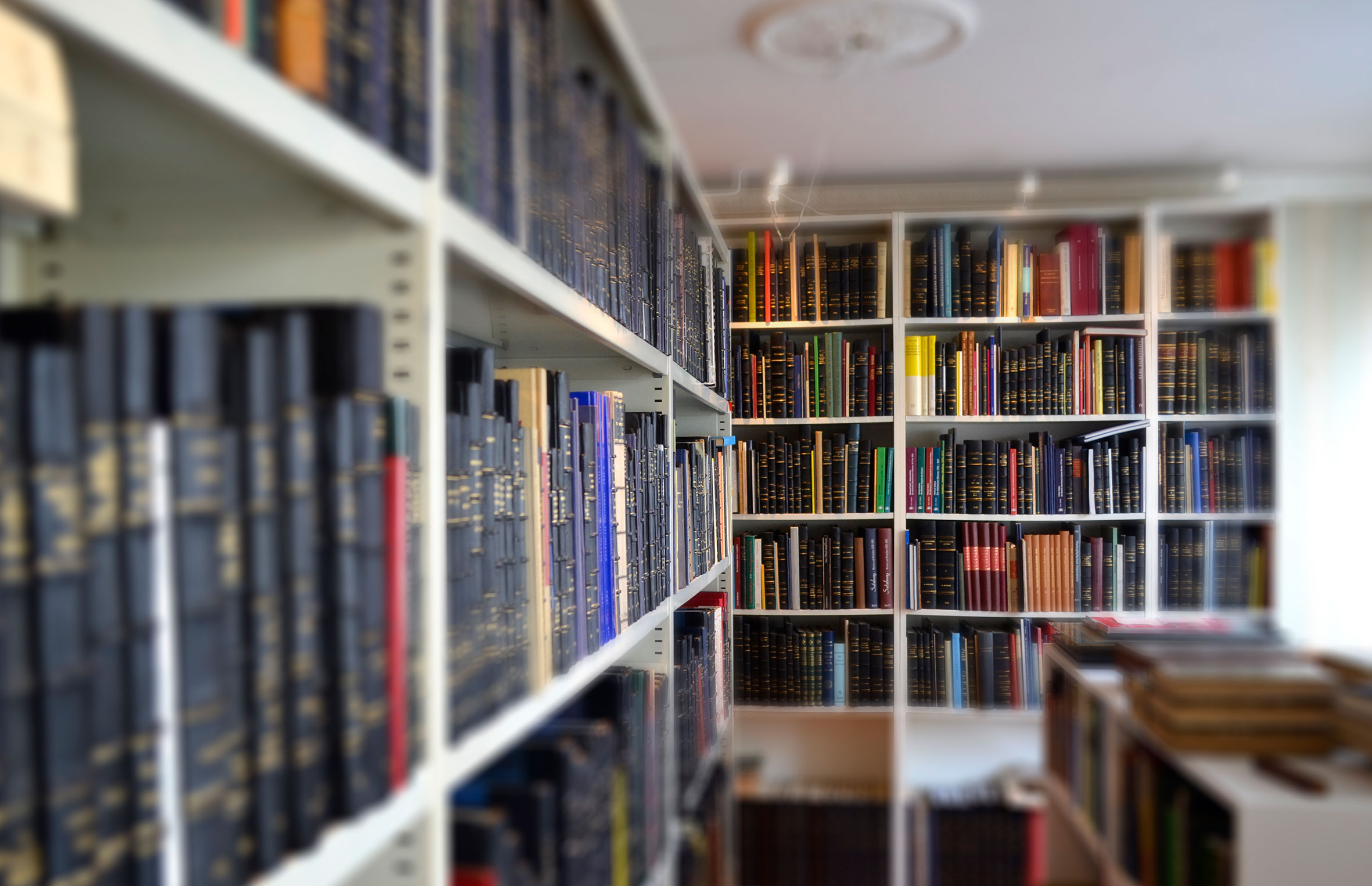 From the 16th century to the present day, printed texts have formed an indispensable and constructive frame- work for the study of historical coins and medals, whether in their scientific analysis, collecting or trading. A characteristic feature of present numismatic study is the cons- tant need to fall back on antiquarian publications, some of which are several generations old, in the absence of more recent publications on the subject. Even today important numismatic publications are almost without exception issued in printed form, with only a comparatively small body of numismatic literature having been digitally inde- xed. Indeed, a systematic digitization of all numismatic publications would not even be possible due to existing copyright laws.

A printed numismatic work in the hands of an experienced layman can usually offer quick access to the object sought, while inviting the reader to look up further text-ual information, as a greater understanding of that area of interest evolves.

The numismatic book as a collector’s item

“Little books have their own destinies” (“... habent sua fata libelli”)! This quotation forms the second half of verse 1286 of the text “De litteris, syllabis et metris” by the late antique Roman author Terentianus Maurus, and in this shortened form has become a widespread adage that can be applied to various aspects of book collecting.

The informative character of the book is complemented by its value as a collector’s item, reflecting more than 500 years of research and cultural history. It includes the creative expression of that epoch and the craftsmanship of the printers and bookbinders. In some instances, authors have added a more or less personal dedication to individual copies of their works, which have been given to friends, colleagues, or other connections. It is also quite common for book owners to mark their property with their own names, either by hand, by means of a stamp, or in the form of a personal printed owner’s mark (“ex-libris”).

Among these printed materials, there are also those in which a previous owner has added by hand to the text additions and corrections to the content. These should be regarded as an additional benefit, throwing more personal light on the history of that book and its content.

The library of Alain Poinsignon has been assembled over a period of more than 40 years. It is rich in monographs, anthologies, catalogues, offprints, and periodicals in a wide range of subject-matter and represents an impressive repository of numismatic information. A cursory glance at its richly stocked shelves reflects a professional numis- matist, who has integrated impressive works of numisma- tic literature into a cohesive whole. The general condition of the older works bears witness to the critical attention with which Alain Poinsignon paid to his selected treasu- res and the esteem in which they were held. In addition, he has added a personal touch to his library in the manner with which many of the monographs, collected editions, conference and journal volumes have been uniformly bound. He was also careful to preserve the original covers or flyleaves of brochures, and sometimes the front pages of original dust jackets, including them in the bindings.

The bindings have been fully described in our catalogue description, in which we refer to the two versions which are most frequently represented in the library with the designations “Halbledereinband Poinsignon” or “Steifbroschur Poinsignon” only with these keywords, we will describe them here in detail: 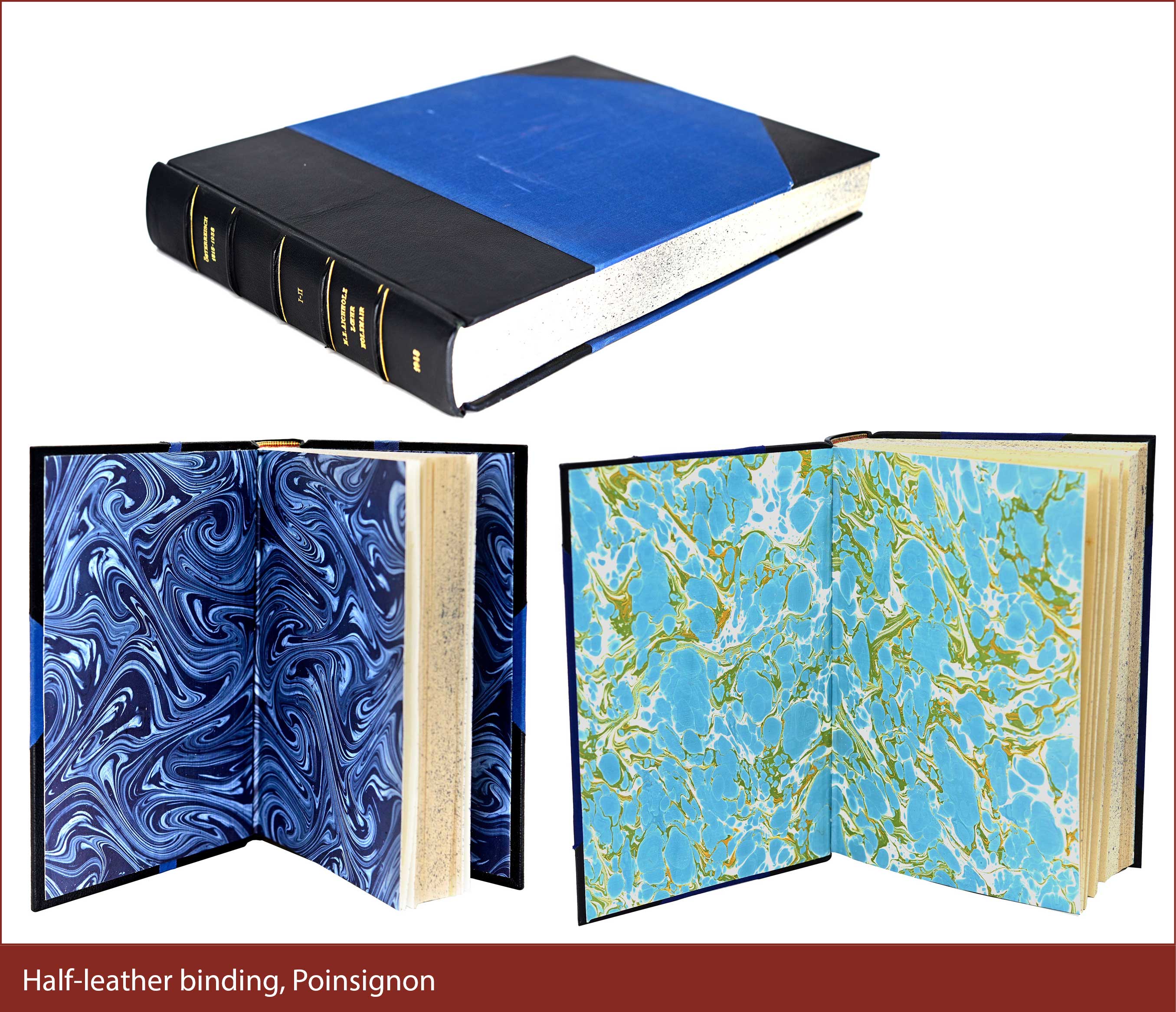 Half-leather binding with corner covers, gilt spine, five bindings. The exteriors are finished with royal blue textile fabric on the outside, and the covers are made of tanned and black-dyed grained leather; the spine is embossed in gold with the author’s name, the short title, and usually also the year of publication. The book covers of this version have inside covers of marbled paper, often of a dark blue colour or multicoloured with a light blue basic tone. The head, front, and foot sections of the book block are in mottled blue.

Made in the same form are versions of red leather in combination with red textile, red marbled paper and red speckle, which are all described in detail: 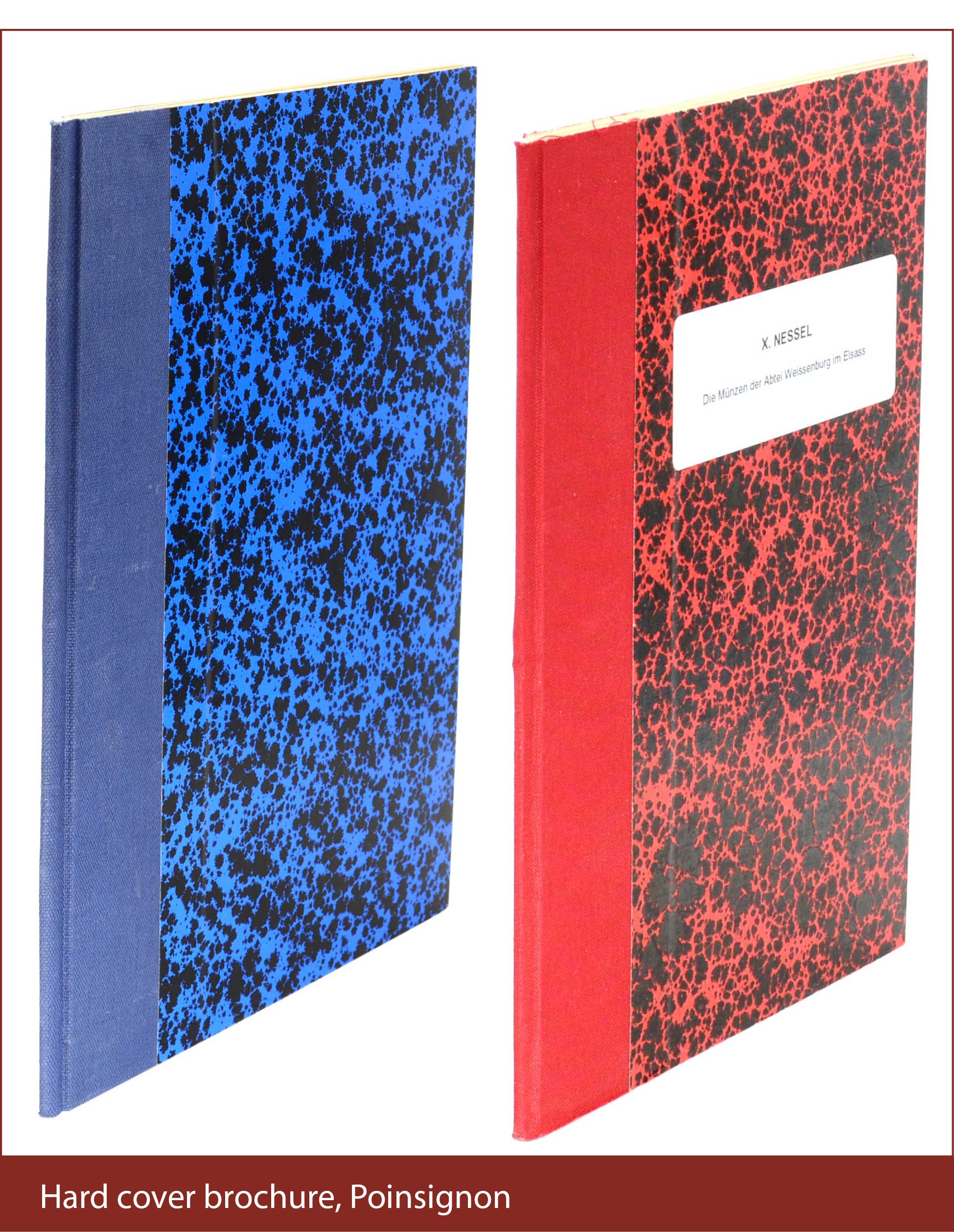 The “hard cover brochure” is equipped with a textile spine and two firm cardboard covers, which are covered on the outside with mostly blue and black or red and black speckled paper. Alain Poinsignon has had a large number of the offprints and small typefaces fitted with this sturdy form of binding, giving them an attractive and more durable covering.

The content of the library itself naturally reflects the pre- ferences of its owner, with publications from the 19th to the 21st century that can be useful to coin dealers in their everyday work. Earlier publications from the 16th to the 18th century, which are nowadays generally considered to be more of antiquarian and bibliophilic value, are only occasionally available here, mostly in the form of medal works or Ordonnances. There are numerous publications on antiquity, with a multitude of special works on Greek and Roman coinage, and also on Celtic and early medie- val themes. Byzantium is also represented by fundamental works.

As one would expect, there are many publications on French coinage, with an emphasis towards Alsatian and Lorraine numismatics. Literature on neighbouring countries, especially on the mintages of the German and Swiss federal territories is also present. Also noteworthy are very extensive series on the coins of the Orient and Indian numismatics, including some rarities, as well as so-called “pre-coinage means of payment” and paper money.

The literature on medals is similarly rich, with various contributions on token, medals (“jetons”) and “reckoning pennies”. Small groups of books on the history of phaleristics and various numismatic commemorative publications follow. Auction catalogues, including rich series on German and French events from the last quarter of the 19th century to the end of the first half of the 20th century, as well as various series of periodicals complete the spectrum of the Poinsignon Library.

With this catalogue we are now offering for sale from December 7-9, 2022 the third and last part of this remarkable library. The offer contains only auction catalogues. These catalogues are of great importance for provenance research in the context of international cultural property protection, to which online portals listing the market oc- currences of numismatic material do not really compete, limited as they are to the last 15-20 years.

Alain Poinsignon has exercised great care in the handling of the books in his working library. Nevertheless, older publications in particular may show more or less obvi- ous signs of use. In addition, from around the middle of the 19th century to the second half of the 20th century, paper of a somewhat lower quality was used for the pro- duction of a number of publications, which has taken on a brownish tinge over time and may have lost its strength or elasticity. The dust jackets in the book collection are not mentioned in our description, but they are visible in our photos on the Internet.