It was one of the great highlights in the history of the legendary Münzen und Medaillen AG to auction off the Annemarie and Gerd Köhlmoos Collection in 2001. The wealth of rarities and the quality of the offered talers exceeded everything that even the most experienced dealers had encountered in their lifetime. Most of the pieces on offer were the best known specimens of the respective coin type – regardless of whether they were minted in the 16th or 19th century.

At the time, the successful entrepreneurial couple sold their joint collection in order to finance a robot-assisted production plant in Rotenburg an der Wümme for their company JUWEL-Aquarium. Immediately thereafter, the two began to assemble a second collection. Now, the coins from the German States of this second collection will enter the market, once again to finance a new production plant, which is intended to make the leader in the field of aquaristics independent of non-European suppliers. And – as one would expect – the coins of this collection are of incredible quality.

The Köhlmoos Collection is only one of many highlights of the two auction sales 358 and 359, which will be held on Wednesday, 26 January 2022 in Osnabrück. Save the date and note the venue in your calendar! Due to the current health situation, Künker decided not to hold the January Auction Sales as part of the World Money Fair as they usually do.

Both auctions 358 and 359 comprise a varied offer of top quality with great rarities, especially from the German States. These include selected lösers from the Friedrich Popken Collection, gold issues from Bavaria and numerous rarities.

Moreover, on 1 and 2 February 2022, another part of the collection of a connoisseur will be on offer. eLive Premium Auction 360 contains about 900 lots, mainly with German coins minted between the Middle Ages and the 19th century.

From Anhalt to Würzburg, from Romanesque bracteates to representative issues from the Renaissance and impressive talers of the Baroque period to the purist coinage of the Enlightenment: this is the wide range of coins gathered in the Köhlmoos Collection.

The name stands for quality – just like the first Köhlmoos Collection, the second one, which was assembled by Annemarie and Gerd Köhlmoos between 2001 and 2020, is characterized by pieces of quality and an eye for excellent engravings. It goes without saying that great rarities are also part of the collection.

At this point, we will only mention three of them: 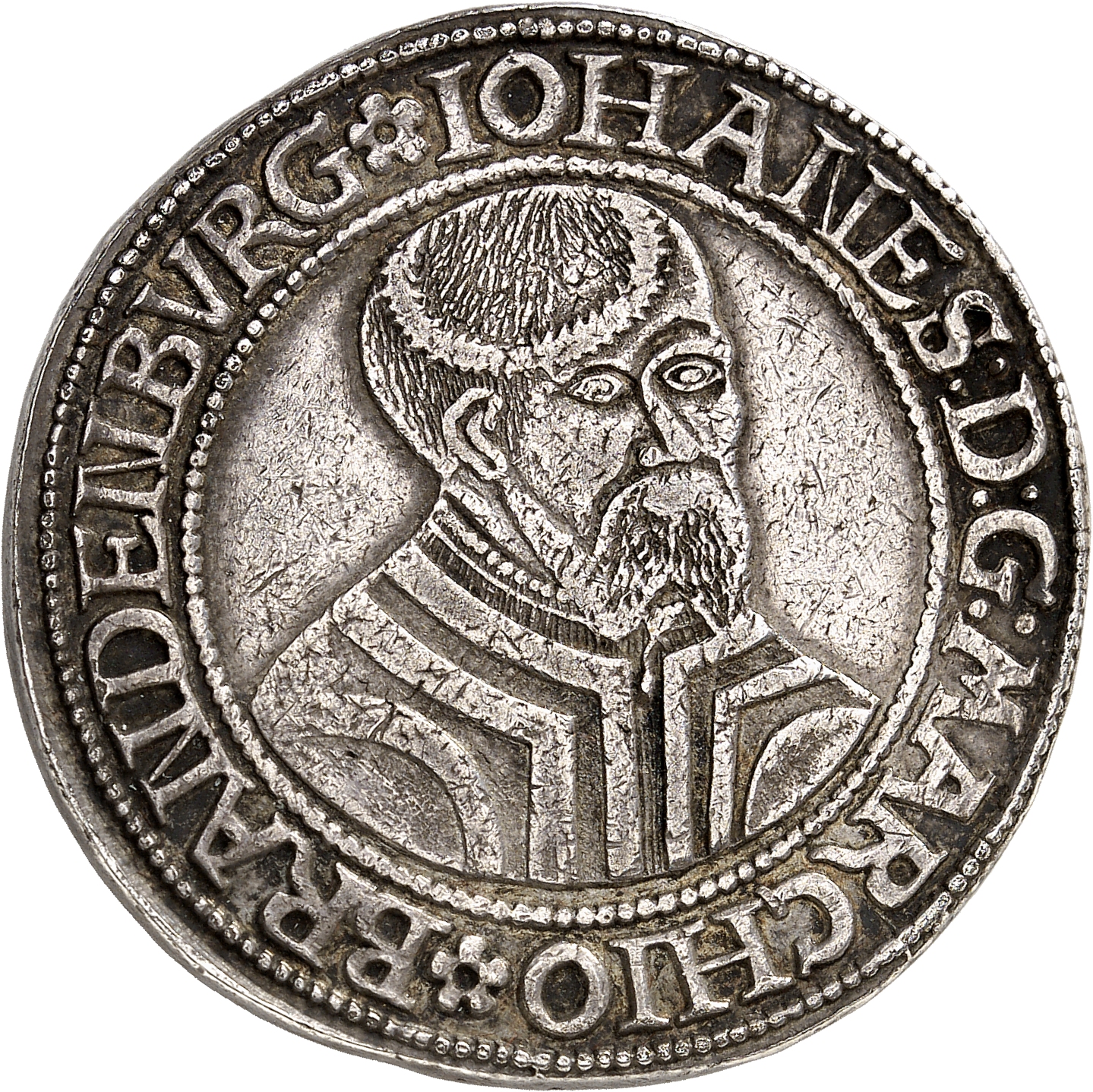 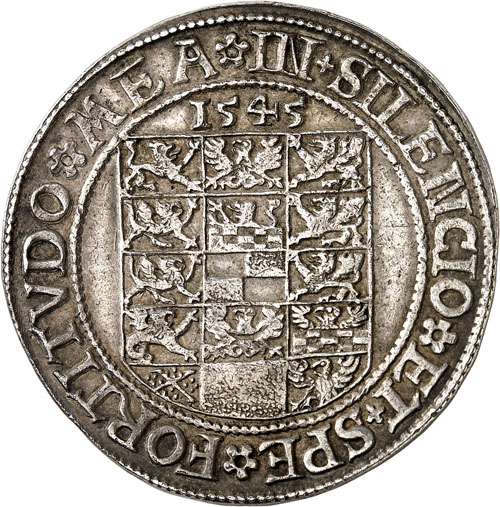 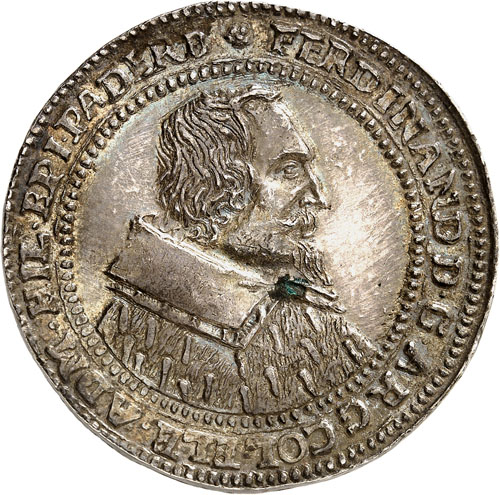 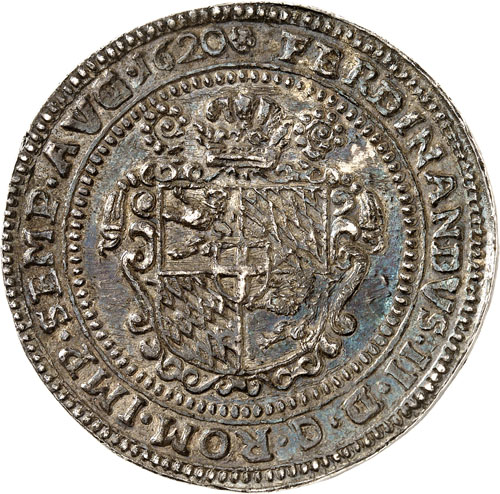 a taler of Ferdinand of Bavaria as Bishop of Paderborn, minted in 1620 in Brakel (estimate: 50,000 euros) 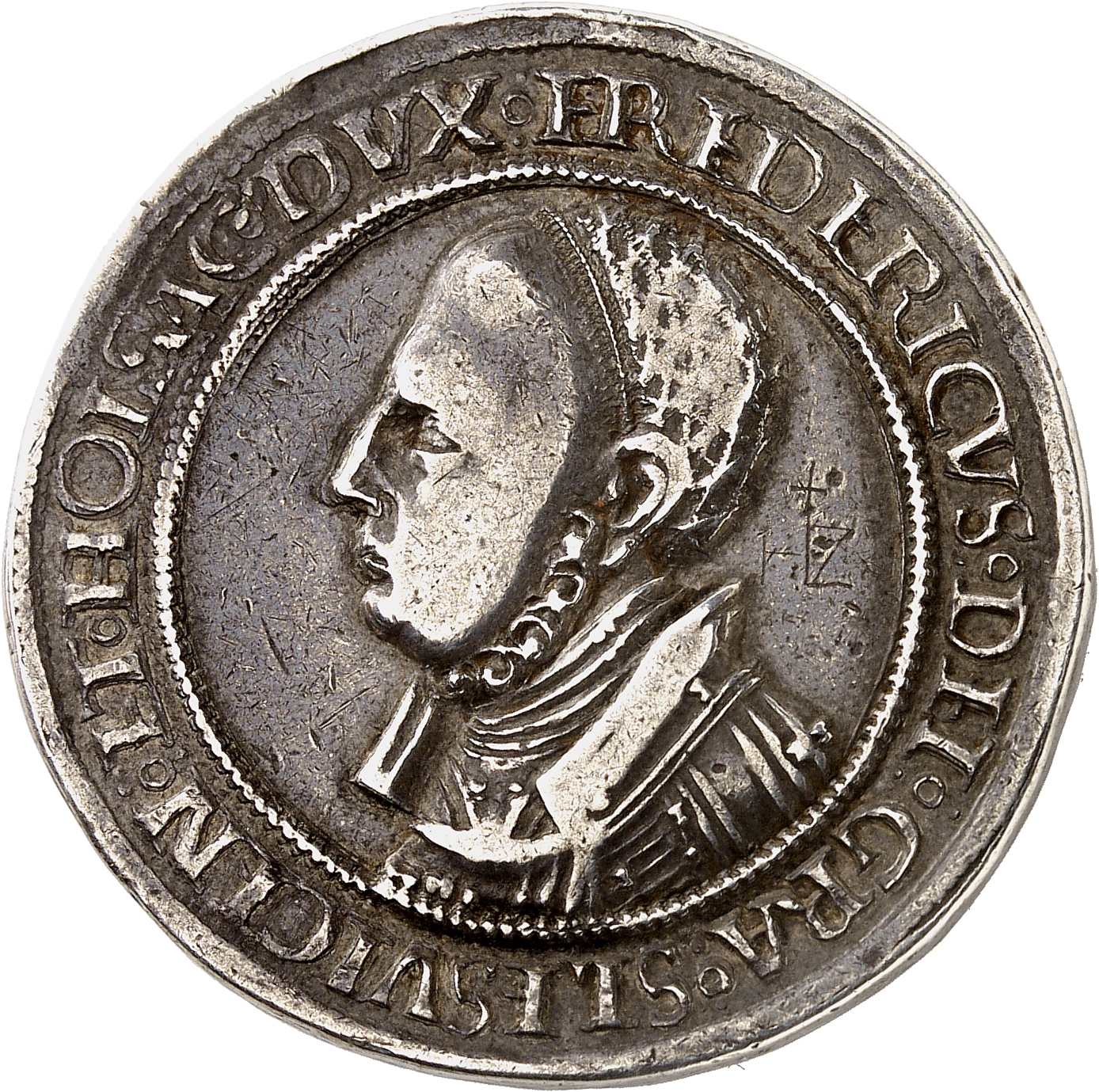 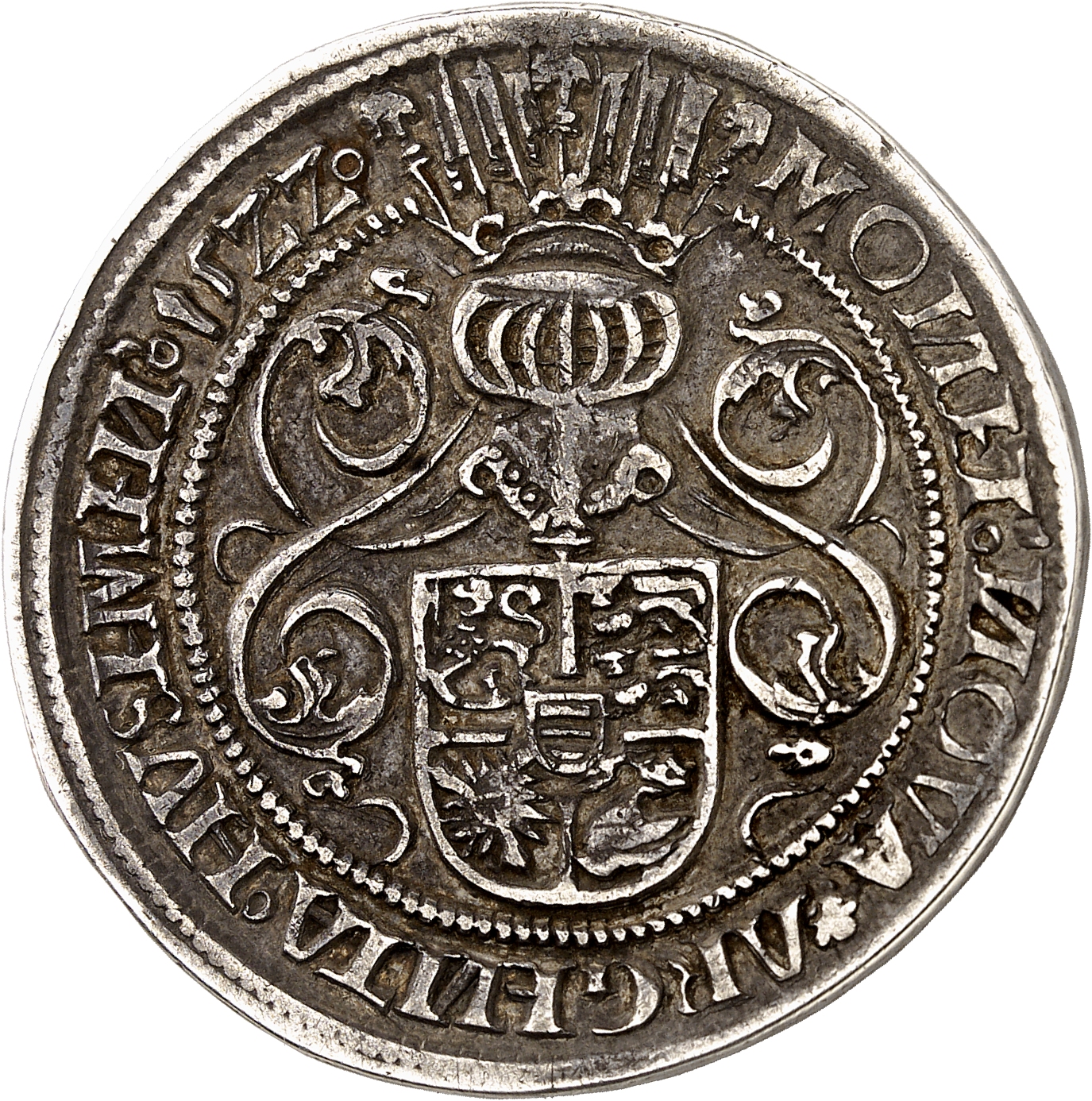 and a taler of Frederick I of Schleswig-Holstein, Denmark and Norway, minted in 1522 in Husum (estimate: 50,000 euros).

Lovers of medieval coins should also take a close look at this collection because it contains extremely rare and interesting bracteates of the highest quality. 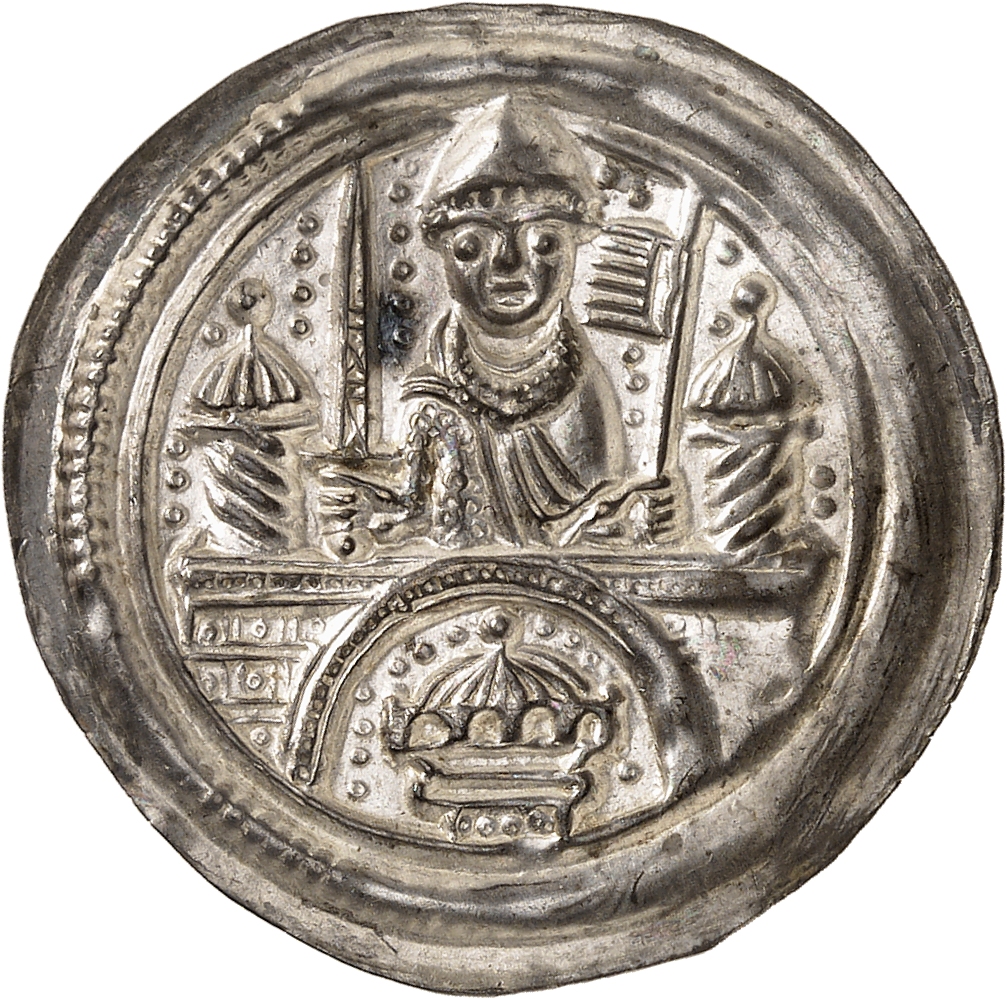 At this point we will mention a bracteate by Albert the Bear for his Margraviate of Brandenburg (estimate: 10,000 euros), 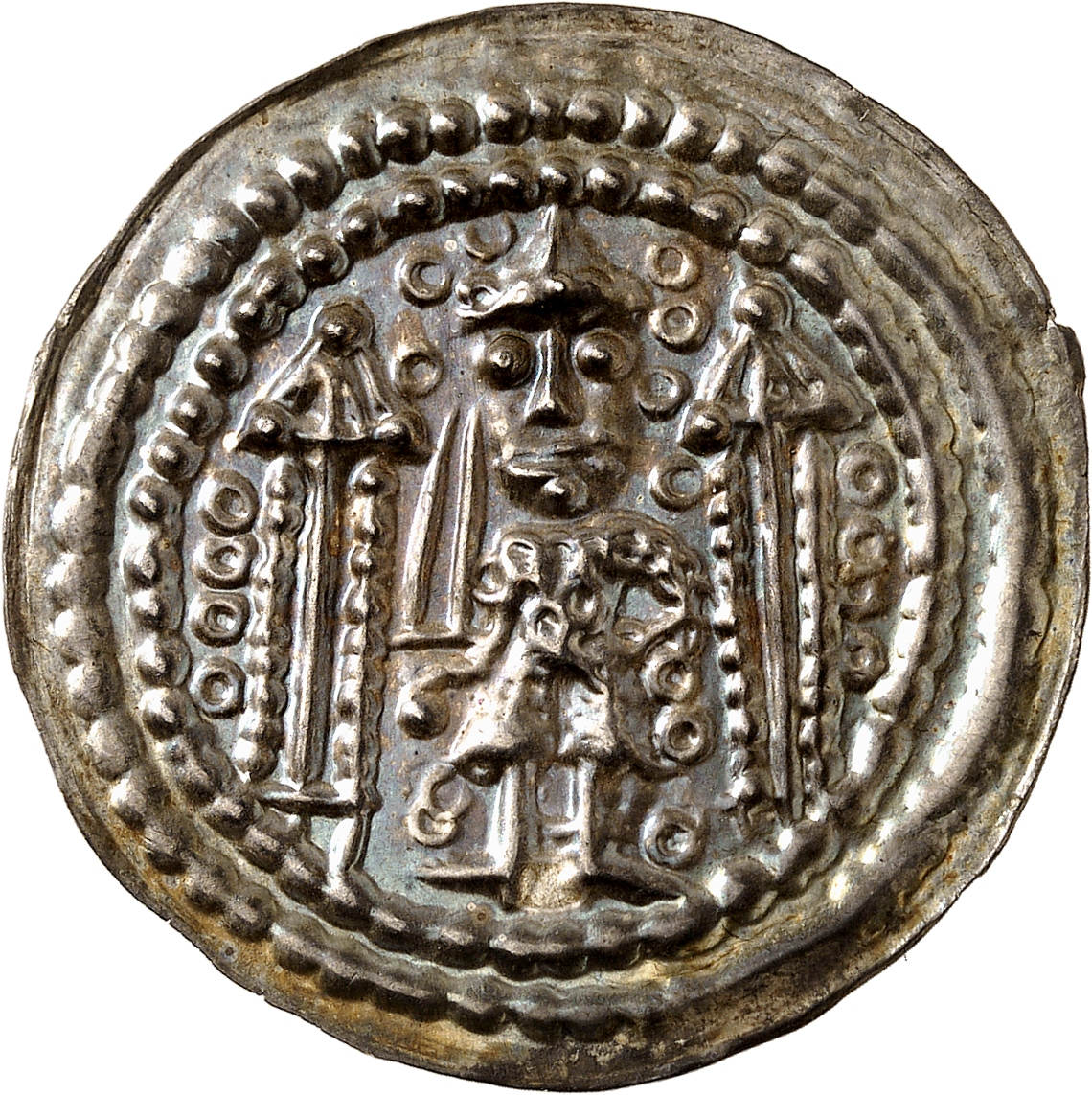 a bracteate by Conrad of Wettin, minted in Meißen for the Margraviate of Meißen (estimate: 6,000 euros) 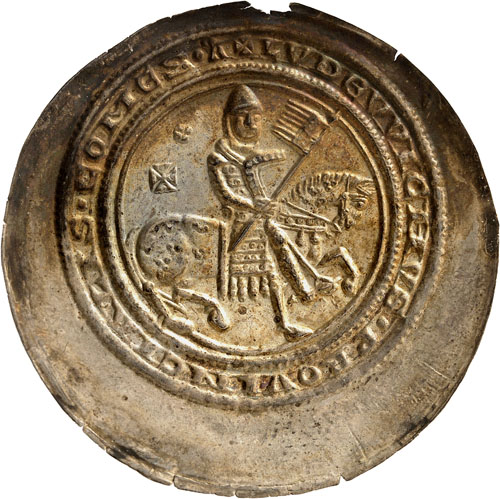 and a bracteate by Louis III of Thuringia, minted in Gotha (estimate: 7,500 euros).

And that’s enough: it is better to use pictures than words to illustrate the exquisite works of art that the Köhlmoos Collection has in store for all those who appreciate high-quality issues.

Here you can find all pieces of auction 358

Auction 359 begins with 63 lots of magnificent Bavarian gold coins and medals from an Upper Bavarian private collection from Staffelsee. The issues cover the time frame from William V to “the Fairy Tale King” Ludwig II. Connoisseurs will discover rare guldens, ducats and multiple gold coins of the Renaissance period, magnificent commemorative issues from the Baroque era, river gold, medals and much more. The collection is not only of interest to those who are enthusiastic about Bavarian numismatics: since Bavarian history was closely connected with Austrian history, collectors of Habsburg coinage should also study the offer carefully.

In catalog 359, another part of lösers from the Friedrich Popken Collection will be on offer. Everyone who closely followed Künker’s last auction sales will know that this is an impressively diverse collection with numerous rarities. This time, 38 lots will be offered. Two lösers will be highlighted here: a Julius löser of 10 reichstalers, minted in 1578 in Heinrichstadt (Wolfenbüttel), and a löser of 6 reichstalers of 1634 minted from the silver of the St Jacob mine.

Coins and Medals from Medieval and Modern Times

As every year, the January Auction Sales offer both very special collections and rare individual pieces from all over the world. Although there are some lots in the lower four-digit range on offer, this auction focuses on the heavyweights of numismatics. If you are looking for a diverse offer of coins in the high price range, this auction is for you.

For lovers of Swiss coinage there is an extensive offer of multiple gold coins from Basel, Bern and Lucerne. And collectors of interwar-Czechoslovakian coins can look forward to an extensive series of these coins that also contains great rarities.

Here you can find all pieces of auction 359

Auction 359 ends with a small, fine selection of eight lots with orders and decorations. The outstanding piece is a specimen of the Order of the Black Eagle, created during the reign of Frederick William IV, awarded to Lieutenant General Ernst von Pfuel (1779-1864) on 18 January 1844 in a private audience.