On March 15, 44 BC, Gaius Julius Caesar died. His murderers had submitted to the illusion that with the death of the dictator the old mechanisms of the Republic would automatically be newly revived. In fact, the Civil War had made the Senate so useless, that a return to the Republic of the fathers was ruled out. This meant that a new civil war was just around the corner.

Marc Anthony had the best starting point in the fight for the succession of Caesar. He had shared the highest office, the consulship, with Caesar since the beginning of the year. Marcus Aemilius Lepidus supported him. He was just recruiting troops in support for his governorship in Gallia Narbonensis and Hispania Citerior, and they were still encamped near the city of Rome. It was with these troops that he occupied the Capitoline Hill and forced a trade-off: Caesars followers kept their offices; Caesars assassins were granted amnesty.

Caesar’s funeral brought the turning point. The people had admired the dictator, and now they turned against his murderers. Many, among them Cassius and Brutus, left Rome to await future developments.

These developments offered one particular new option: Octavian, the adoptive son of Caesar. Although he was young, he had at his disposal a natural talent in politics and surpassed all of his competitors in his ruthlessness. After Marc Anthony had left Rome to snatch away the province of Cisalpine Gaul from Decimus Brutus – not to be confused with the inveterate Republican Marcus Junius Brutus – Octavian joined forces with Cicero in order to prevent Marc Anthony from doing so.

For this pact, Octavian accepted a collaboration with the assassins of Caesar. At this point, they were not in Italy anymore. They were in the east of the Roman Empire, recruiting troops. Brutus did it in Greece, Cassius in Syria.

Cicero tried to establish a counterbalance to Marc Anthony (and perhaps even to Octavian). He succeeded in convincing the Senate to officially order Brutus to protect Macedonia, Illyria and Greece with his troops. For Cassius, Cicero tried to achieve something similar. 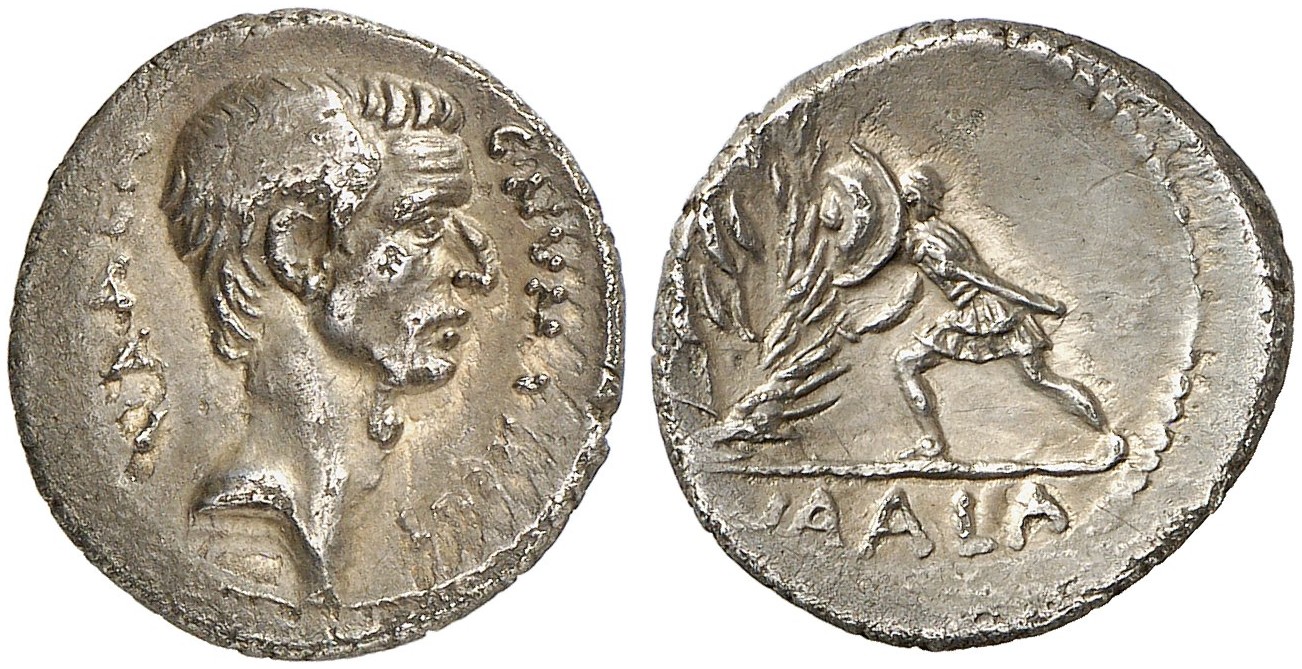 This historical background explains the motifs of the coins of 43 BC. As Bernhard Woytek has plausibly presented in his fundamental study of coinage of the years 49 to 42 BC, there were four men who held the office of mint magistrate: C. Clodius Vestalis, M. Arrius Secundus, C. Numonius Vaala, and L. Servius Rufus. Their strikings should be understood in parallel. 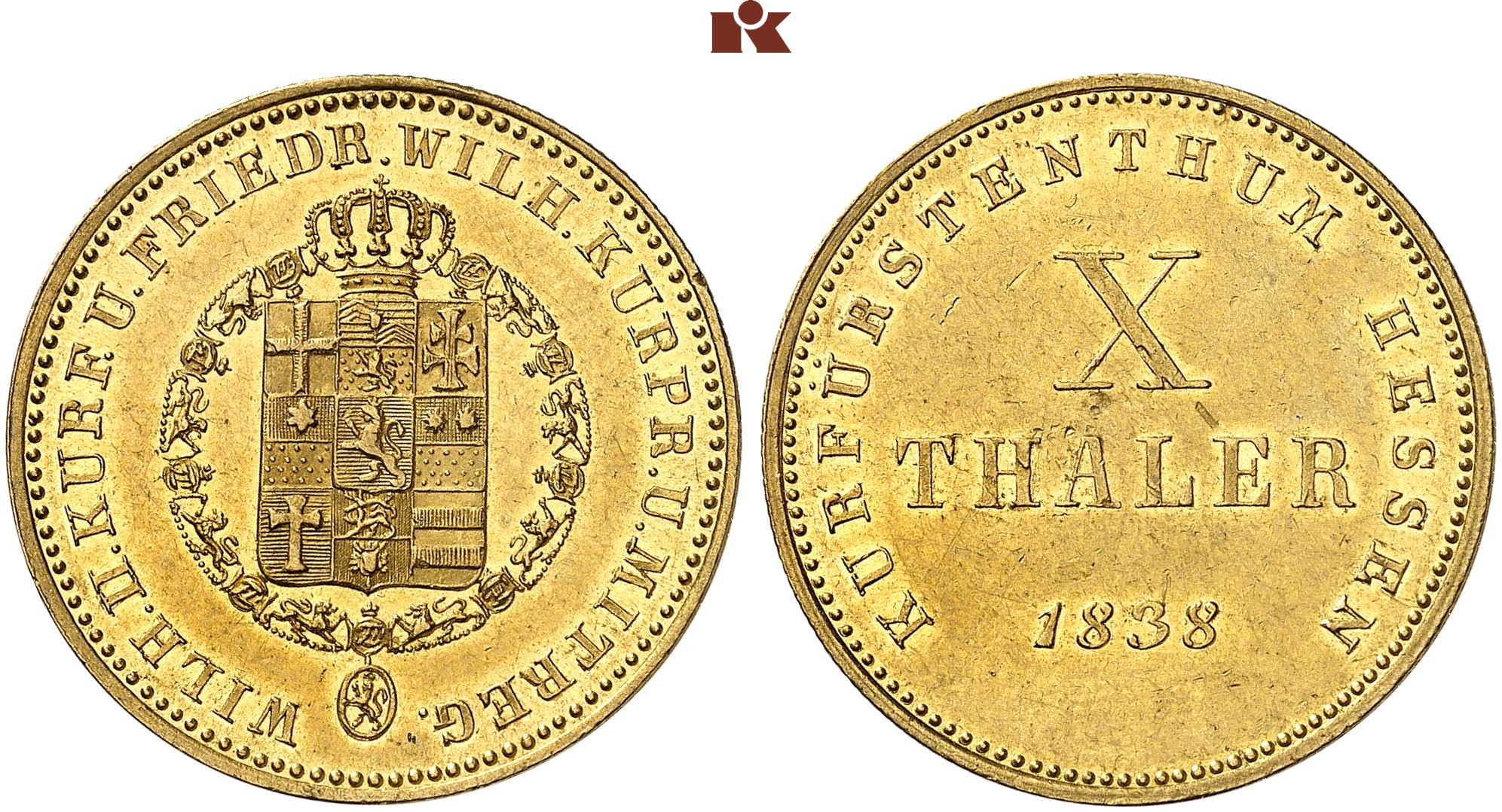 On the reverse, they all show an image referring to the moneyer. C. Clodius has chosen a Vestal, M. Arrius Secundus displays a scene featuring the second (= secundus) standard-bearer. Important for us are mainly the denarii which C. Numonius Vaala and L. Servius Rufus signed with their names. These will be auctioned off on September 16, 2016, at Künker Auction 280. On its reverse, Vaala’s striking depicts a man attacking two adversaries entrenched behind a palisade. This does not present a heroic deed of an ancestor, but is – like on the other pieces – an allusion to the moneyer’s name: In Latin, an entrenchment is called vallum. Rufus on the other hand decided not to refer to his difficult-to-depict-name (rufus = the red one), but to his origin from Tusculum, where the Dioscuri received special devotion.

The question of who is displayed on the obverse of the denarii has been discussed for decades. With the exception of the striking of Vestalis, who decided to dedicate his obverse to the goddess Flora, all coins of this series depict personalized portraits. It was Alföldi who, through comparative die studies, was able to prove that Arrius Secundus put a portrait of Octavian on the obverse. And this fits with contemporary politics. After all, Octavian was ordered by the Senate to take action against Marc Anthony.

Alföldi had long recognized L. Servius Rufus’ obverse portrait as Brutus. But one question remains: Who is the man on Vaala’s denarii? Logic dictates that it should be Cassius, the third grand commander courted by Cicero during the first months of 43 BC. Only there is a major obstacle in making the final identification: There are no verified portraits of Cassius for comparison. No bust exists, nor did the staunch Republican ever put himself on his own coins.

Next to this historical logic, however, there are two other decisive arguments favoring the identification of the portrait as being of Cassius. First, we know from Plutarch that both Brutus and Cassius were pale and thin, which describes both portraits wonderfully. Second, Trajan included both denarii of Vaala and Rufus in his restitution series featuring the great personalities of Roman history. And because we know the portraits of all other important politicians of this era who would otherwise come into consideration, Cassius is the only figure left who would have been depicted.

Thus, our denarii represent an extremely interesting testimonial to a short phase when Octavian was on the same side as Brutus and Cassius. This situation changed shortly thereafter, in August of the same year. Octavian had the fortune of both consuls dying in a battle and subsequently being elevated to commander of the official army of the Senate. With this army he conquered Rome – only to switch sides immediately. He entered into an alliance with Marc Anthony, had Cicero killed and started the war against the assassins of Caesar. 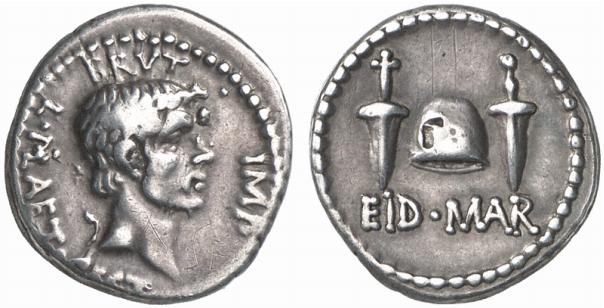 In the fall of 42 the Battle of Philippi took place. The united army of Marc Anthony and Octavian won. Still on the battle field, Cassius committed suicide. And Brutus died while fleeing, also by his own hands. This did not end the Civil War, however. The Civil War had just begun.