The one-time “Preußische Bergwerks- und Hütten- Aktiengesellschaft”, later known as Preussag AG and today as TUI AG, was founded by the Prussian government in 1923 and united, as a public enterprise, the mining and metallurgical operations in the possession of the Prussian state (with the exception of the Ruhr district’s coal fields). Following the annexation of the Kingdom of Hannover in 1866 by the Kingdom of Prussia, the majority of the mining and metallurgical works in the mountainous Harz region which had been operated under the centuries-old Guelph mining tradition became possessions of the Prussian state.

Amtsrat Volk, an employee of the state-owned company, had assembled a private collection of mining coinages, which he inherited to his employer in his will. This original Preussag Collection was lost in the chaos of the Second World War in Berlin. Following the war the company decided to reconstruct its collection of numismatic objects with mining themes. This idea originated in the historically-based
close connection between metal ore mining and the minting of coins.

After 1952 it was largely the company’s General Counsel, Attorney Karl Müseler, who employed great expertise and commitment in building, over some 50 years, the collection now coming to auction. The collection enjoyed a major expansion with Preussag’s complete takeover of the “Unterharzer Berg- und Hüttenwerke” mining and smelting operation along with that company’s own numismatic collection. The collection goals were thereby further extended to löser coins and presentation
pieces without a mining theme.

On Karl Müseler’s initiative, parts of the collection were exhibited in 1975 at the Hannover City Library: in all, 908 different pieces were displayed. The exhibition catalogue “Münzsammlung von Bergbaugeprägen” remains today an important reference work. Further exhibitions followed in the 1970s in Essen and Düsseldorf.

It was once again Karl Müseler who in 1983, in his original two-volume work “Bergbaugepräge: Dargestellt aufgrund der Sammlung der Preussag AG” systematically documented and published his research on this numismatically highly interesting area, and in 1998 a third sequel volume followed, documenting the continuing collection activities. As his assistant of many years and subsequent successor, the former Preussag AG senior employee, Mining Assessor Ingo Busch, assumed
responsibility for the continuing supervision of the collection and built with great care an electronic databank of the entire collection, introducing data on each individual object with painstaking precision and including photos.

The field of numismatics thus owes to both Attorney Karl Müseler and Mining Assessor Ingo Busch great thanks for their many years of committed activity. 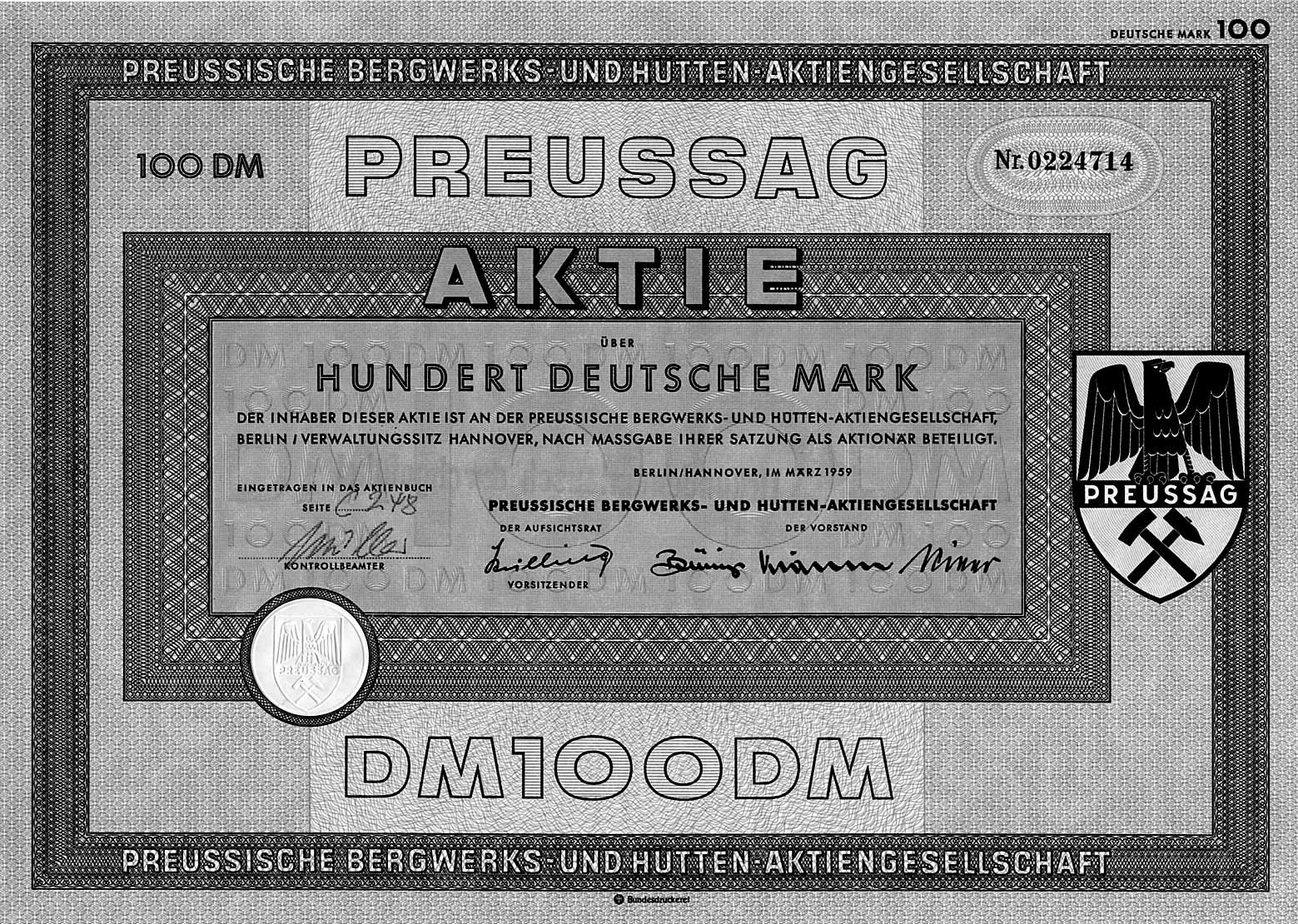 Preussag was privatized in 1959, and early “people’s shares” were issued to some 216,000 small shareholders. In 1997 Preussag redefined itself, as represented in a slogan approximated by the translation: “From the coal face to sunny beaches”. With 30 million guests, the TUI Group today operates the largest integrated tourism company in the world, and does business in some 180 international vacation destinations. The TUI AG Board of Directors has, following an extensive examination, sold the coin collection to the House of Künker in cooperation with London Coin Galleries, with the goal of reselling it in coming years through auctions. The opportunity to acquire desired individual items is now to be made available to all interested parties.

The auctioning of important private collections of mining coinages and medals has a long tradition:

With this catalog, the second and last part from the Preussag Collection goes to auction.

May the new owners find great pleasure in these historically fascinating objects! “Habent fata sua nummi – Coins have their own destinies“.