„The Ottoman Collection Part 2“ in fall at Kuenker’s

This time Kuenker was trusted with one of the most extensive, important and valuable collections of Ottoman orders, decorations and medals – wearable and non-wearable – that have ever been compiled by a collector. Over decades there was spent most meticulous care on it, and with great know-how and attention to detail a collection was built that displays a broad spectre of Ottoman phaleristics. Offers in auctions and in the free market were searched for decades after suitable additions, with great dedication and passion for the subject. In doing so, quality and wide variety were obviously most essential to the collector. Thus you will find, besides true rarities, also common pieces of excellent quality. Moreover, common pieces were added if differing in detail from those already included.

We tried to acknowledge the collector’s great performance by the present catalogue. Before the pieces would pass in many different hands and thus enhance other collections following each there own concepts, our intention was to prepare a documentary for science, collectors and commerce.

The substantial requirement for creating such a documentary – that was prepared considering strictest scientific standards – is of course the systematic collecting of objects of a certain topic. Quite similar to an archaeologist – what else is that one than a “collector”? – the committed gatherer carries together with great love for detail numerous objects of his field, concentrates on them, tries to systemize them and to set them into an overall historical context. And, by doing this, he provides a substantial contribution to understanding a country’s history and culture. Then, by looking at a collection, there can be drawn conclusions on the actual meaning of certain events in their historical context; conclusions that sometimes can hardly be read out of contemporary primary and secondary sources. Thus coins and medals constitute not only important contemporary witnesses but also the conditions for a better understanding of the present (why is something as it is today?). Also orders and decorations provide such contributions.

This catalogue constitutes the attempt to work out a system basing on the available objects, respectively to substantially enhance already existing partial systems.  Furthermore, the objects were to be set into the overall context of Ottoman history mostly of the 19th and the first quarter of the 20th century. Thereby, the complete existing Turkish and non-Turkish literature on the topic was taken into account, as can be seen in the reference list.

But also in other fields there is to be offered a lot: So, amongst others, the Pour le mérite that was conferred upon major Johann Siegemund (Sigismund) von Dallwitz (1753–1836) on the 4th of September 1794. After, due to the outstandingly good condition of the piece, there had come up some doubts on its originality, the order’s cross was submitted for examination to the institute of inorganic chemistry of the Gottfried Wilhelm Leibniz university in Hanover. There the chemist Dr. Robert Lehmann, an expert in the field of archeometrics and a numismatist, subjected it to extensive examinations. By scrutinizing the enamel in detail with respect to material technology, with particular regard to the trace elements, Dr. Lehmann could prove that the object clearly and undoubtedly was produced before 1850.

Besides, one can find in this auction a series of very exquisite decorations of the German Democratic Republic, mostly with their certificates and partly with the highly rare holder’s cards. Also from the time of Emperor Napoleon I (1769–1821) a series of objects is offered. More special highlights stem from Great Britain, Croatia, Norway, the Austrian Empire, the Russian Empire, and Sweden. Some orders insignia from overseas round off the general part of the catalogue. 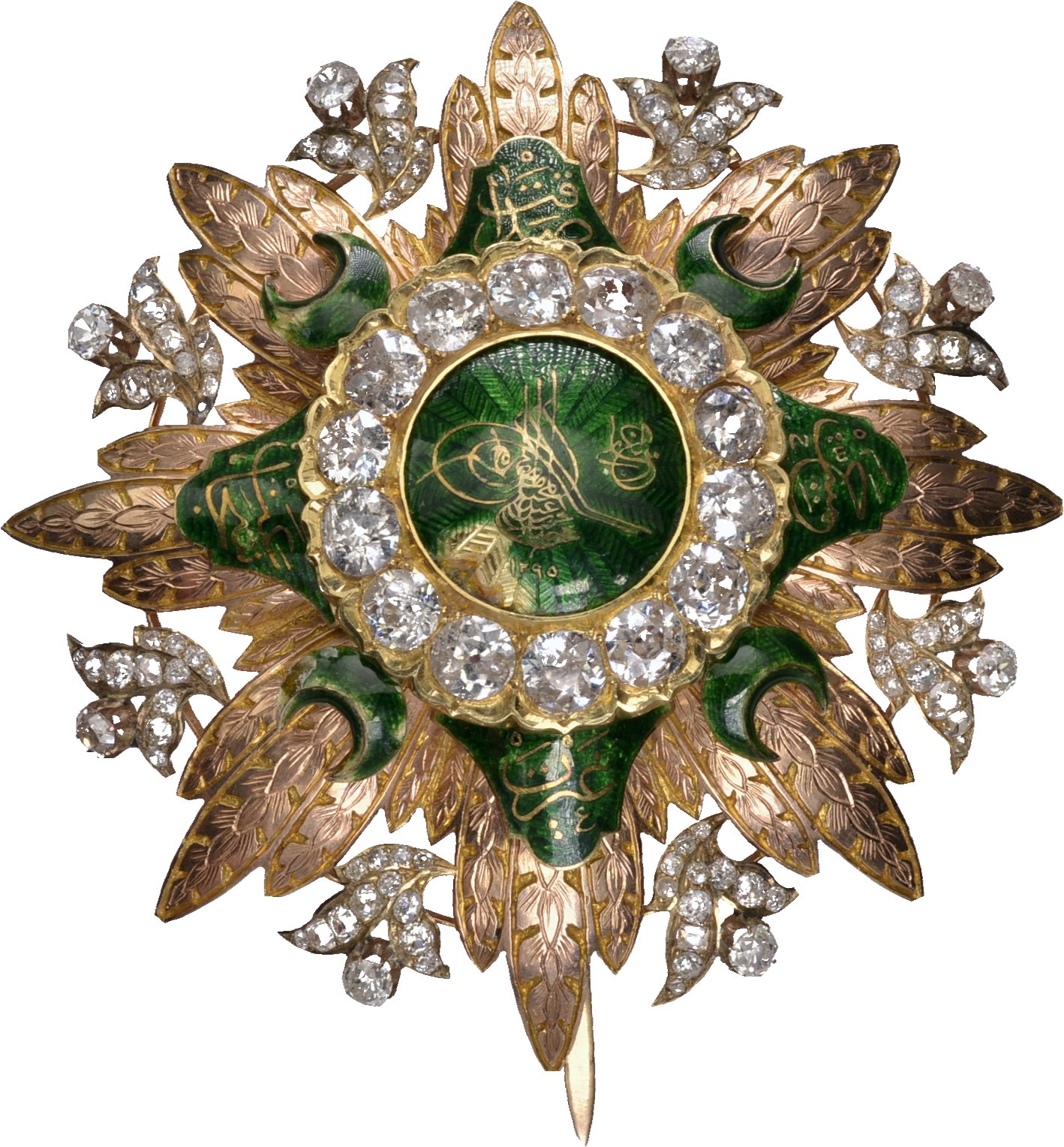 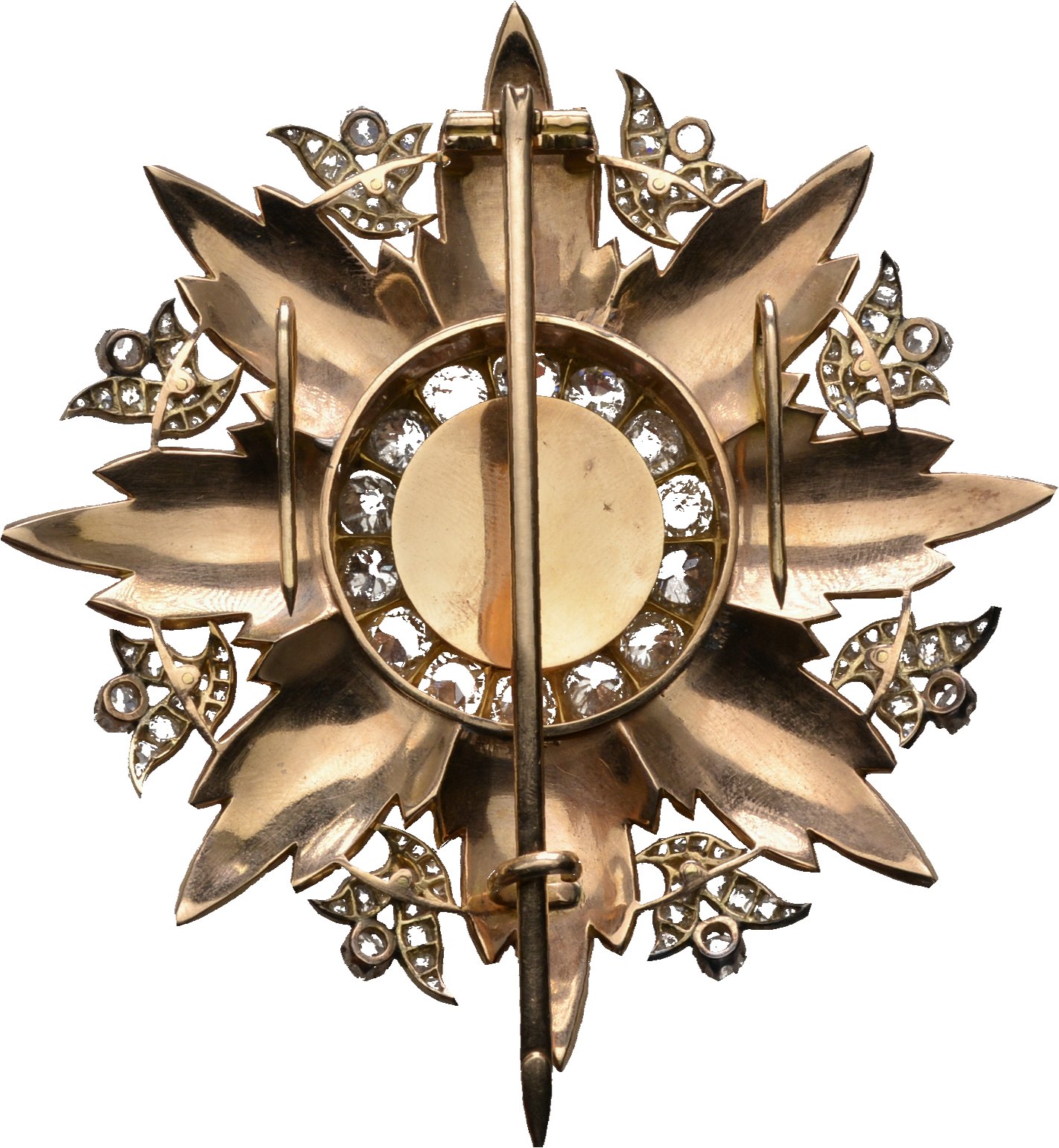 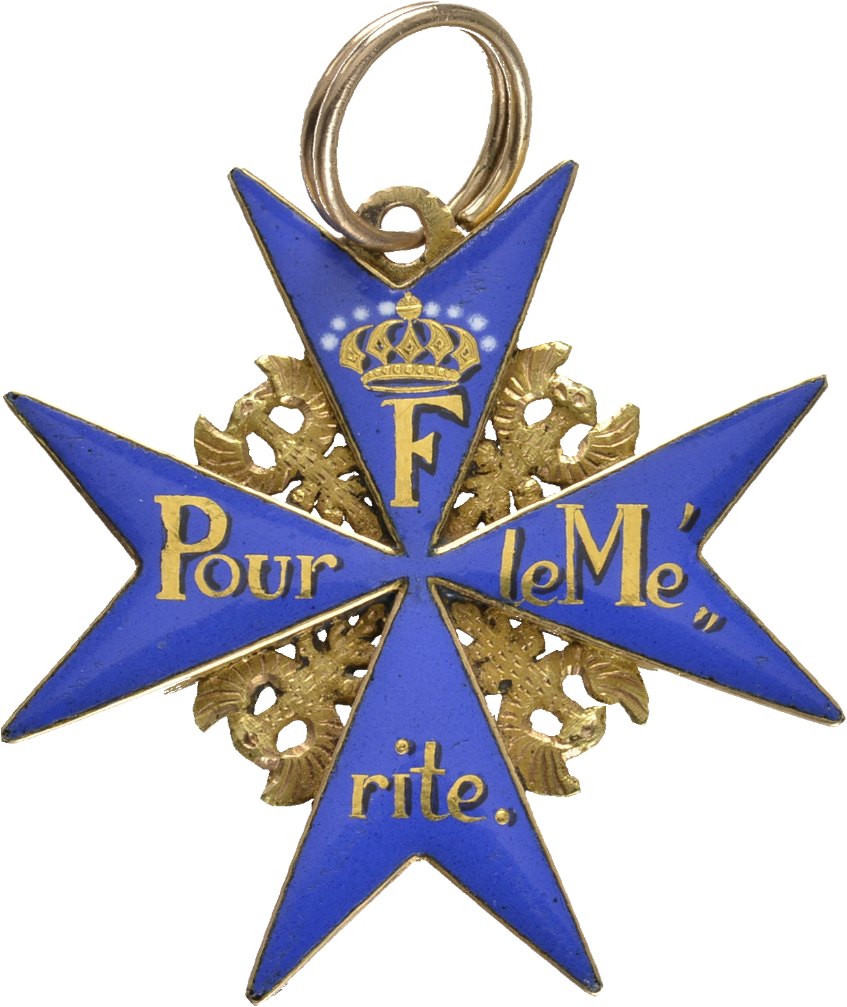 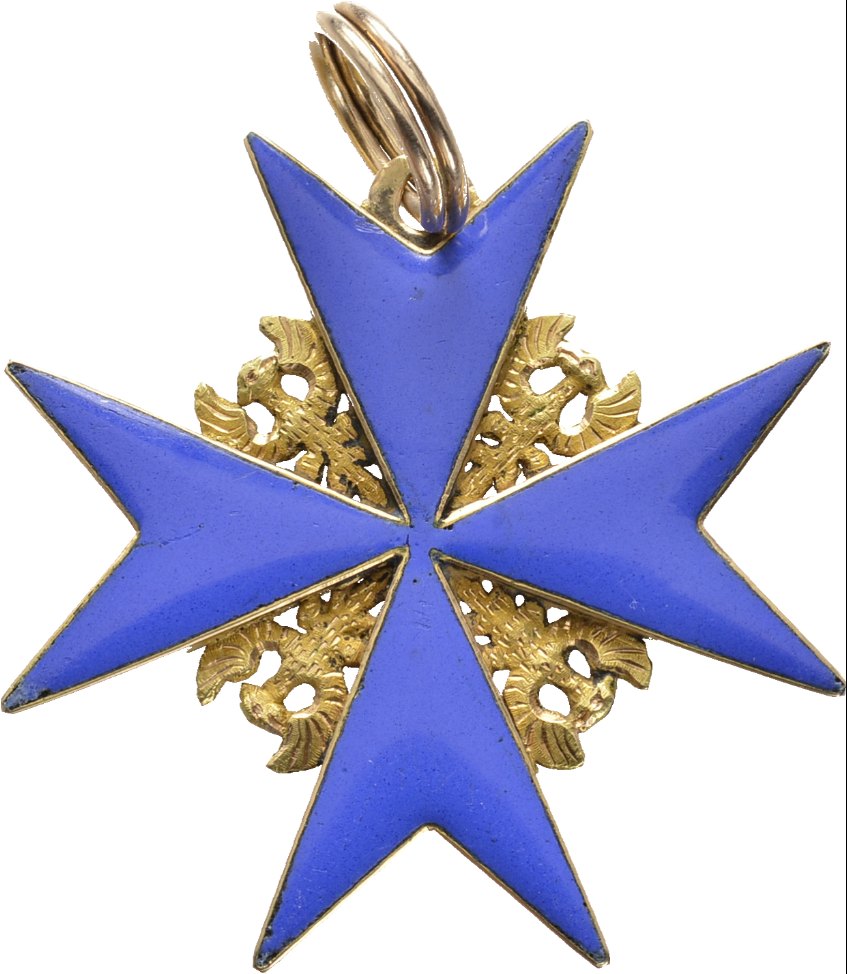 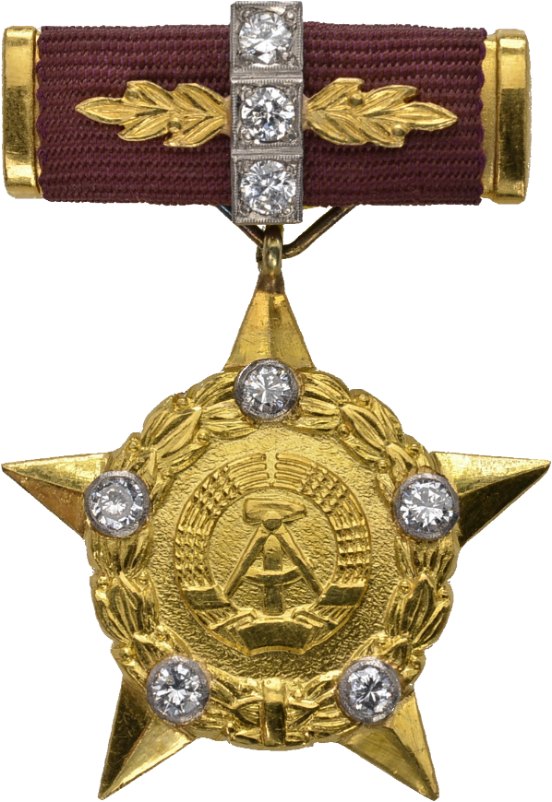 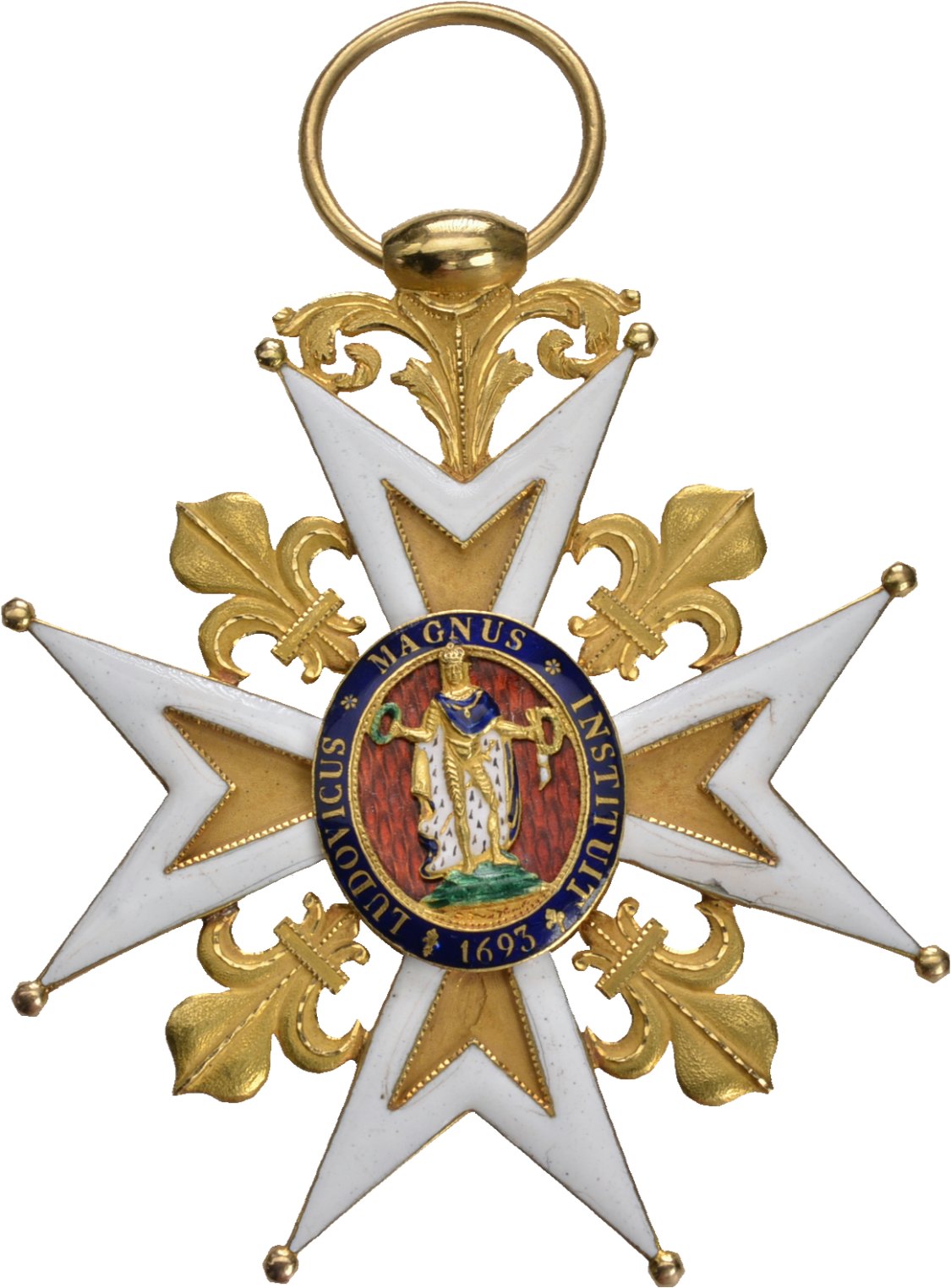 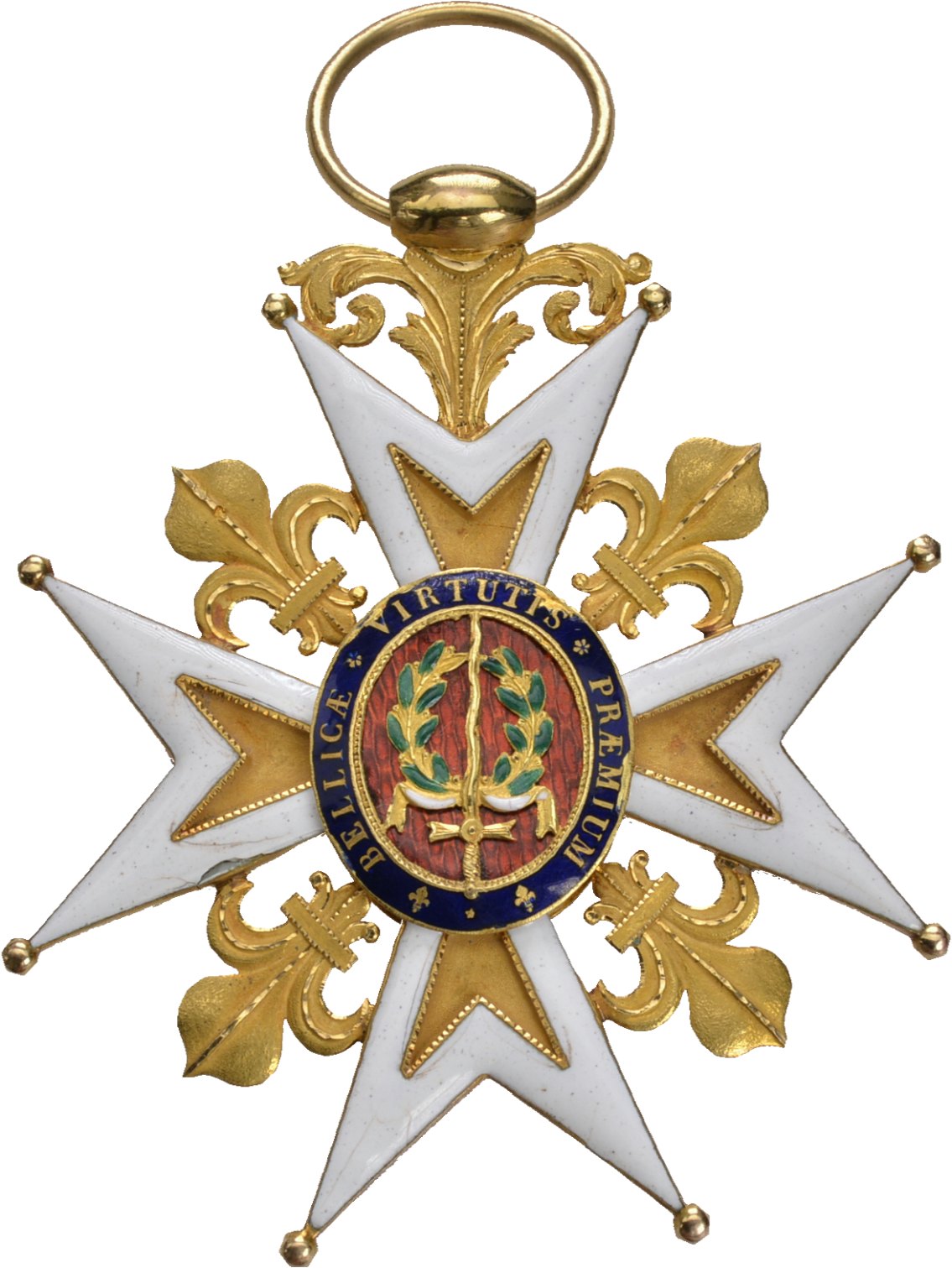