Adolf of Schwarzenberg – The Liberator of Raab

On June 16, 1595, the people of Vienna poured onto the square Am Hof: There was a public execution to be seen. Count Ferdinand of Hardegg, a timid and traitorous breaker of an oath, first had his right hand cut off, then his head. And that was after the Emperor had already reduced the sentence: Originally, the count had been supposed to be hung and remain on the gallows for three days! A shameful death for a member of the Austrian military nobility. 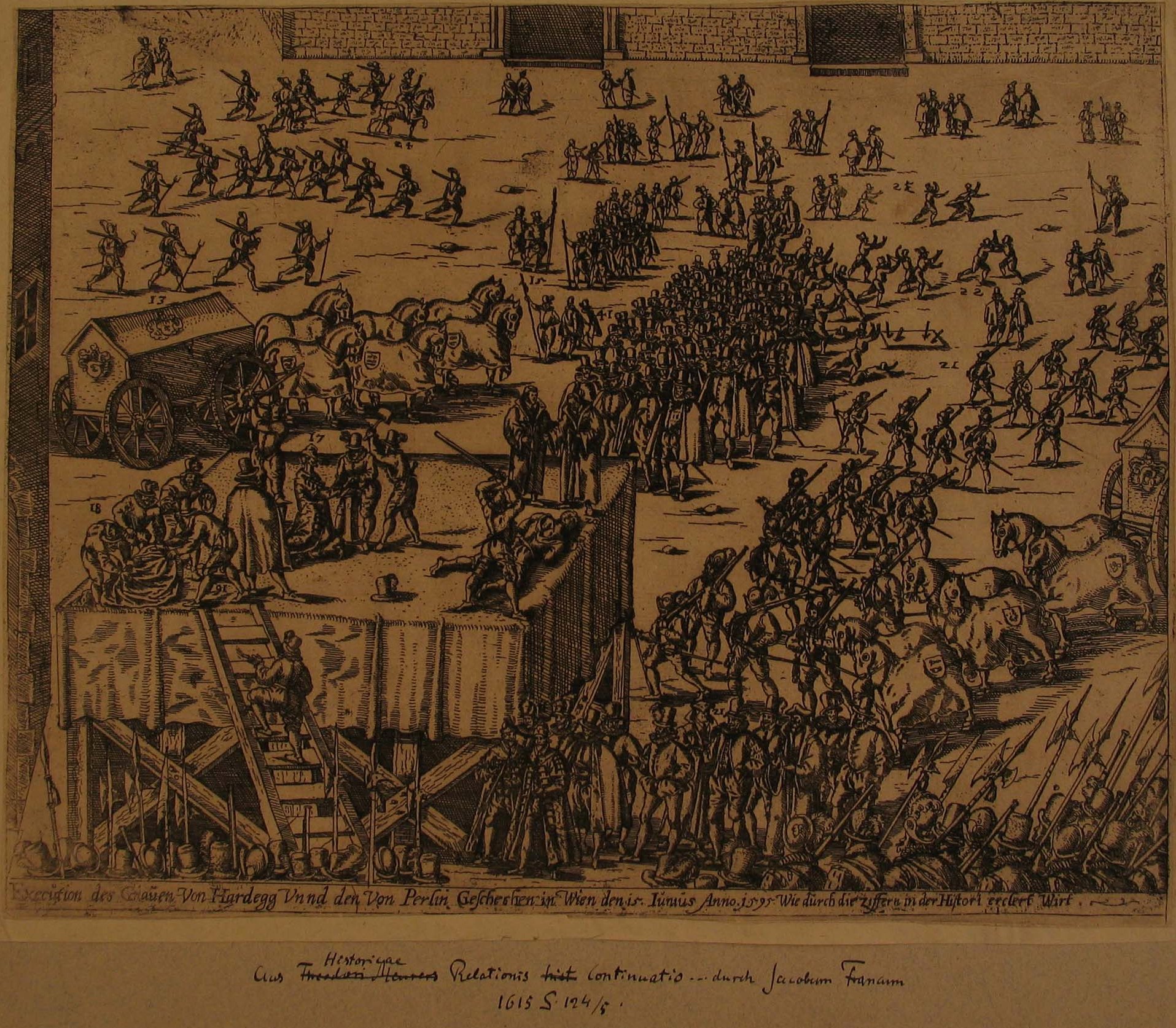 Execution of Count Ferdinand of Hardegg.

The loss of the fortress of Raab
So, what was the reason for a member of the Austrian nobility to find death under such circumstances? The count had turned over the fortress of Raab (which today bears the Hungarian name of Györ) to the Turks. Which was a significant throwback for the Habsburgs in the Long Turkish War (1593-1606), Raab being considered the key to the Holy Roman Empire and thus essential in the system of border defense.

But it cannot remain unsaid: Today, we know that, from a military point of view, Count Ferdinand of Hardegg had been right. The inexperienced new governor of Lower Austria and commander-in-chief in Hungary, Archduke Matthias, had failed to send him enforcements. And even the fortress of Raab, which had been designed at high costs following the plans of one of the best engineers of the time, was not made to withstand the Turks forever. It was meant to hold back an army only for a few weeks so the main forces could approach. 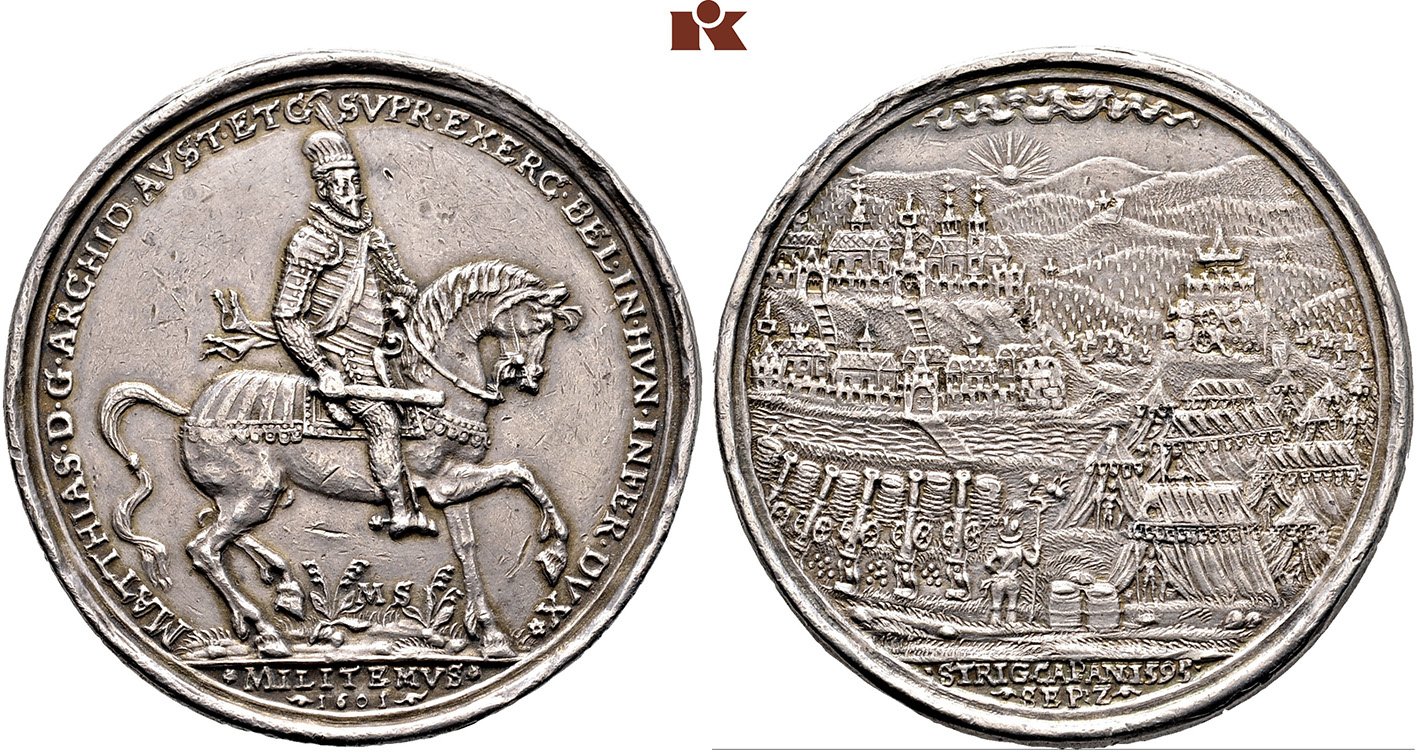 Archduke Matthias had failed to send enforcements, so the disaster was actually his fault. It was probably an acute shortage of money that prevented him from assembling a relief force. As early as 1576, the costs for paying the troops stationed at the fortresses alone had amounted to almost 1.7 million guldens a year. There was simply no leeway for quickly putting out an additional army. Hardegg had been forced to give in to this situation of financial distress. Archduke Mathias in turn pushed hard for having Hardegg executed as a scapegoat, so that no doubts would be raised about the effectiveness of the border defense. Because the role of the Habsburg Emperor as a pioneer of Catholic Christianity in the war against the Turkish pagans was worth pure cash. The Habsburgs financed part of their military force by means of the “anti-Turks tax” paid by the imperial estates and imperial knights, so a discussion about the reasonable usage of the funds was to be strictly avoided. It was better to punish a protestant(!) count and prepare the reconquest bearing public appeal.

The lead was given to a well-known military: Adolf of Schwarzenberg, a burly Catholic who had earned his first laurels in the Eighty Years' War under Philip II of Spain and later fought for the Catholic League in France against the Huguenots.
In 1594, Adolf of Schwarzenberg had no fixed engagement, so he made his way to Hungary together with 2,000 Walloon horsemen. And rightly so: Archduke Matthias could very well use him and his men for the reconquest of Gran [Esztergom].

In 1598, Schwarzenberg got his big chance: Spies had found out that the fortress of Raab was expecting a supply delivery on March 29. Schwarzenberg sent five of his men, hussars fluent in Turkish and dressed up as Turks, who convinced the guards that they were bringing the expected supplies. The drawbridge was lowered, a wooden petard lit and the door broken down. Schwarzenberg could then lead his 5,000 men into the fortress and conquer it. Within 12 hours, the Austrian troops had killed 2,000 Turks, captured another 1,000 and – which was almost more important for the further success – secured 185 cannons. 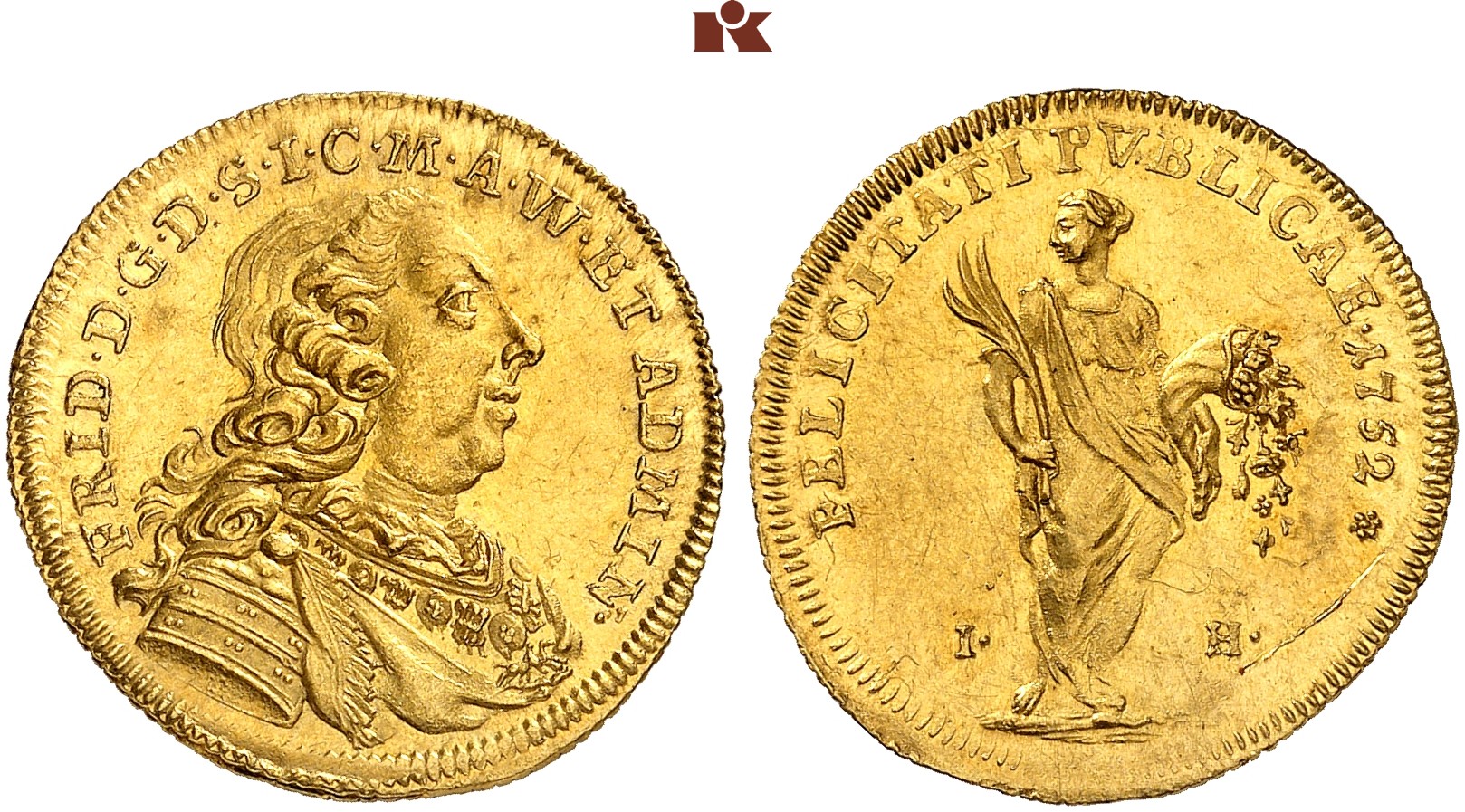 The reward Adolf of Schwarzenberg received from Emperor Rudolf II was truly imperial. He was elevated to Imperial Count and received the South Moravian town of Hustopece as well as a substantial sum of money. 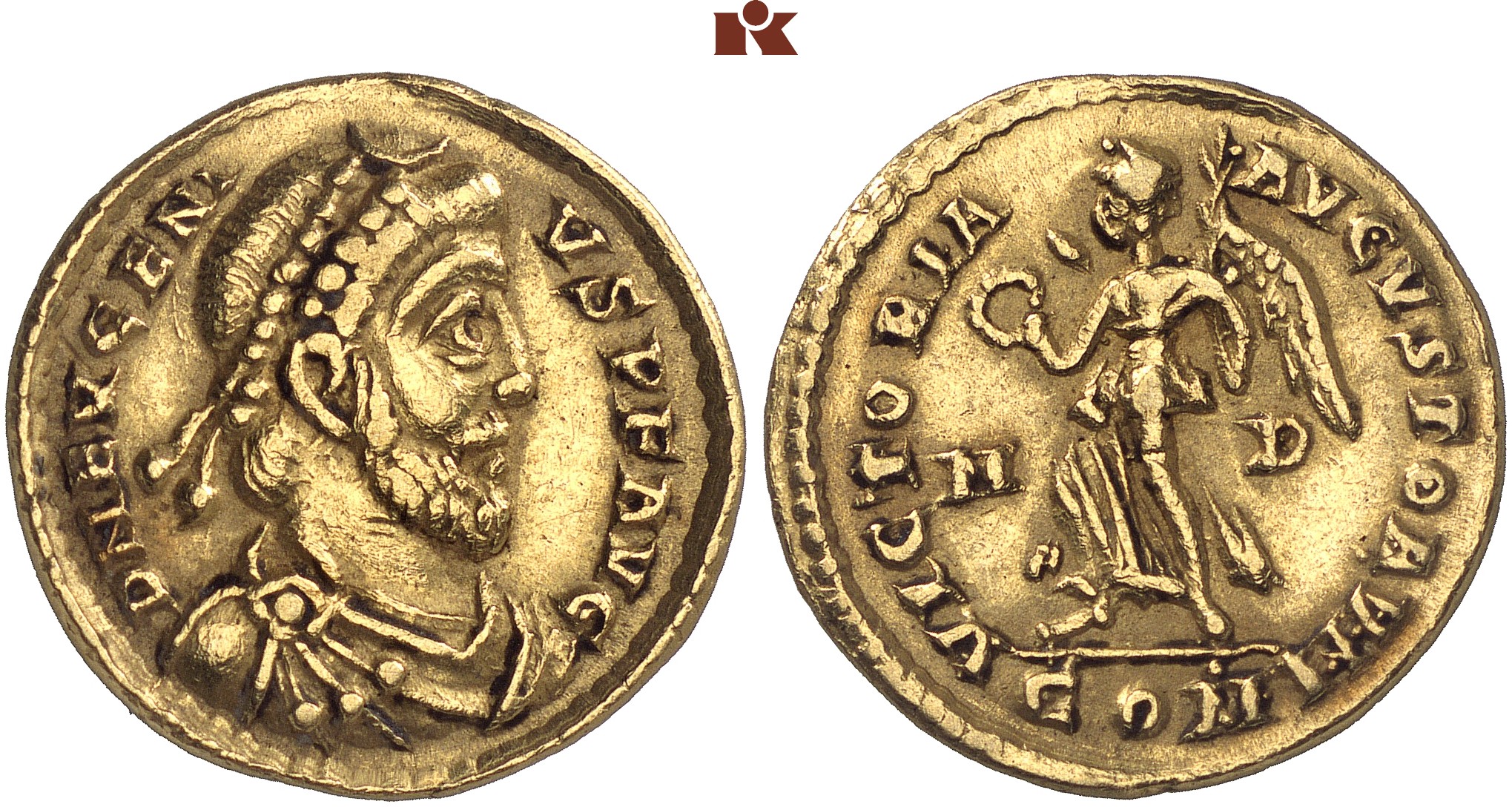 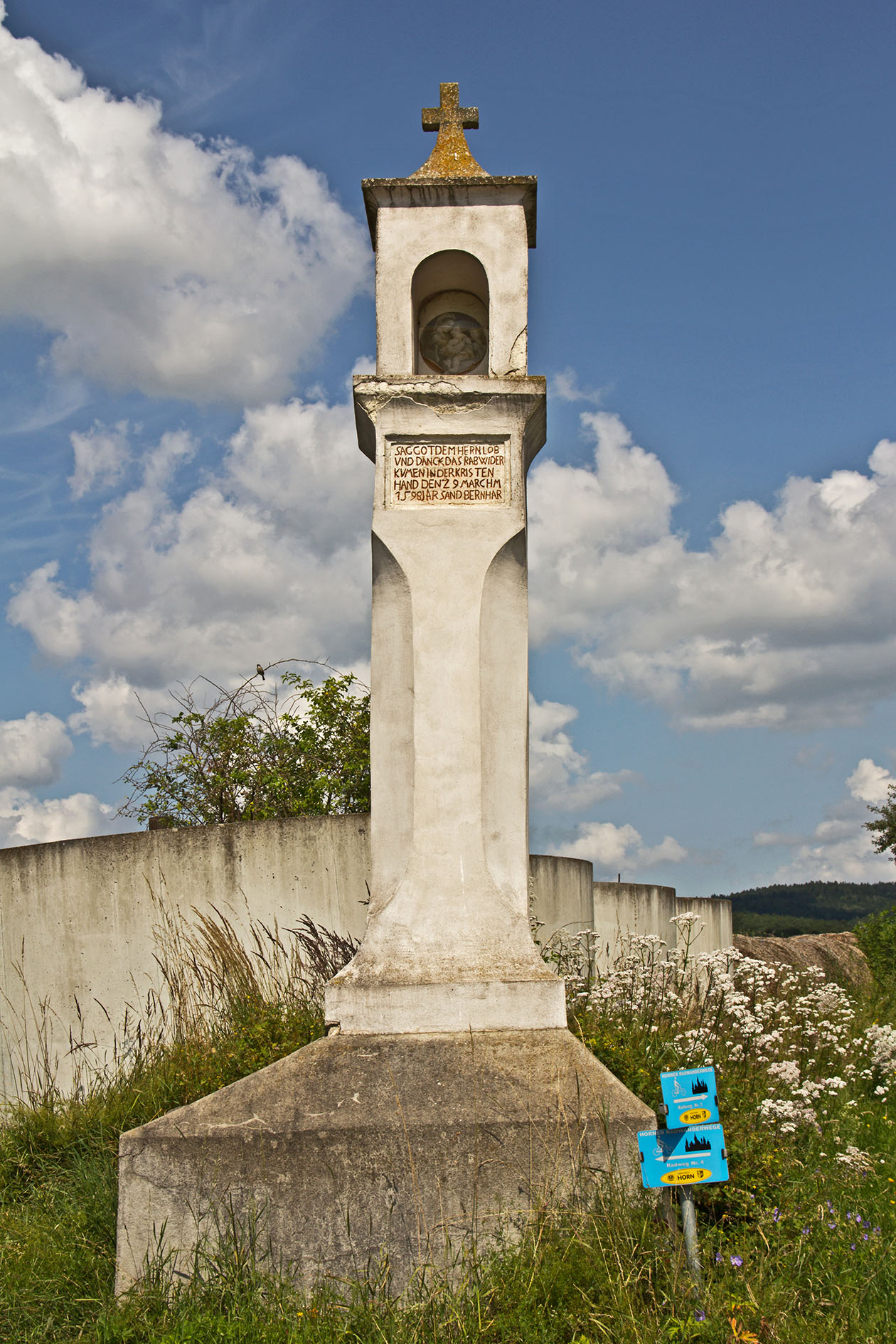 He also ordered to re-erect the crosses throughout the country that had been neglected and torn down by “malevolent people and iconoclasts” and have them inscribed with the following: “Sag Gott dem Herrn Lob und Dank / dass Raab wieder kommen in der Christen Hand / den Neunundzwanzigsten Martii im 1598 – Jahr” [Praise and thank the Lord that Raab returned into the hands of Christians on 29 March in the year of 1598].

But Schwarzenberg, too, fell victim to the Habsburg shortage of funds. For months, the garrison at the fortress of Pápa in the Hungarian county of Veszprém hadn’t received any pay, and therefore threatened to hand over the town to the Turks. Adolf of Schwarzenberg tried to avoid that, and, while doing so, was fatally shot by a mutineer. 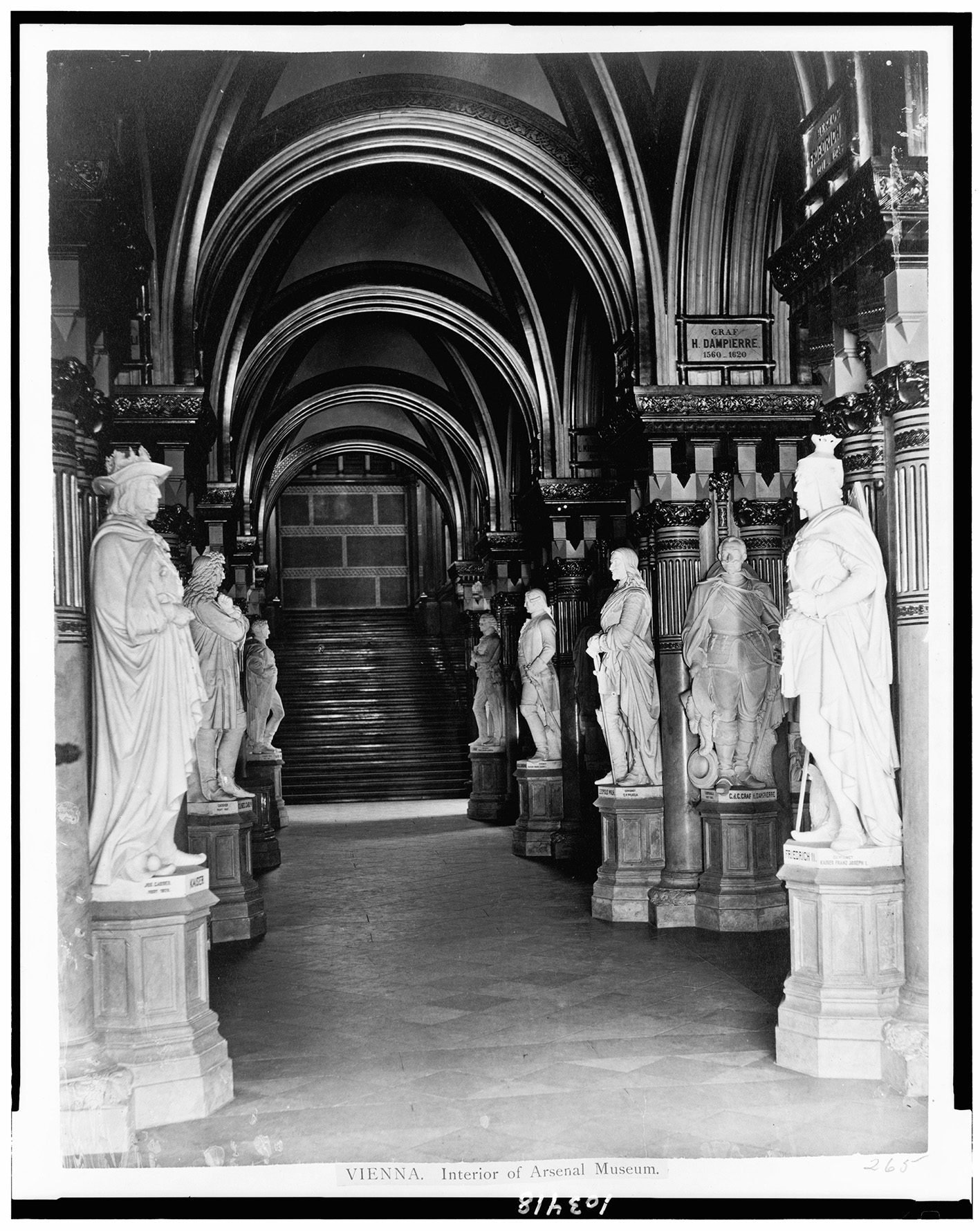 Feldherrenhalle at the Museum of Military History, Vienna. Photo from 1860.

His memory was held in high esteem. In 1863, Emperor Franz Joseph I added him to the list of “Austria’s most famous warlords and generals worthy of eternal emulation” and had a statue erected in his honor in the military hall of fame Feldherrenhalle in the former Vienna Arsenal Museum (today Museum of Military History). And in Györ, in the 19th century, a monument for the Austrian general was erected, where once a year, on the day of the liberation from the Turks, a pageant starting at the cathedral celebrated the victor of Raab.