The Samel Collection of Jewish Coins and Medals

On the one hand, it is saddening to think that coins from such a collection will soon be in the hands  of so many strangers all over the world, yet, at the same time, the catalog of this collection forms a well documented historical journey and honours the siblings with a worthy monument. On the other hand, such an auction is a necessity, in order to keep the flow of collecting alive, and to give not only collectors, but also museums the chance to purchase coins which may be  missing in their collections. Without the availability of collectible coins, interest in coins would soon come to an end. Auction houses such  as ours play an important part in this continuous process of compiling and dissolving collections.  Such auction houses and their auctions ensure a healthy, trusting contact between buyer and seller and guarantee that all transactions are completed without problems.

Coins have been reflecting the history of mankind since the late 7th century BC. They create rapport and empathy for historical events, for the countries where they took place and for the people who shaped  the history or suffered from it. They confront us with the many facets of human life and actions, raise questions about historical events and processes, make us aware and demand that we adopt a rational point of view.

When Cicero described history as „magistra vitae“, i.e. the teacher of how to live your life, the tactile presence of coins can often fill this role with more intensity than many other forms of historical evidence. An auction continuously puts such coins in the spotlight and, with them, the people in the past who had anything to do with them. Especially in a time when even the last vestiges of interest in history are coming to an end and where history lessons, even in our high schools, can only be described as pitiful, the operation of a company such as like ours is becoming more and more important. 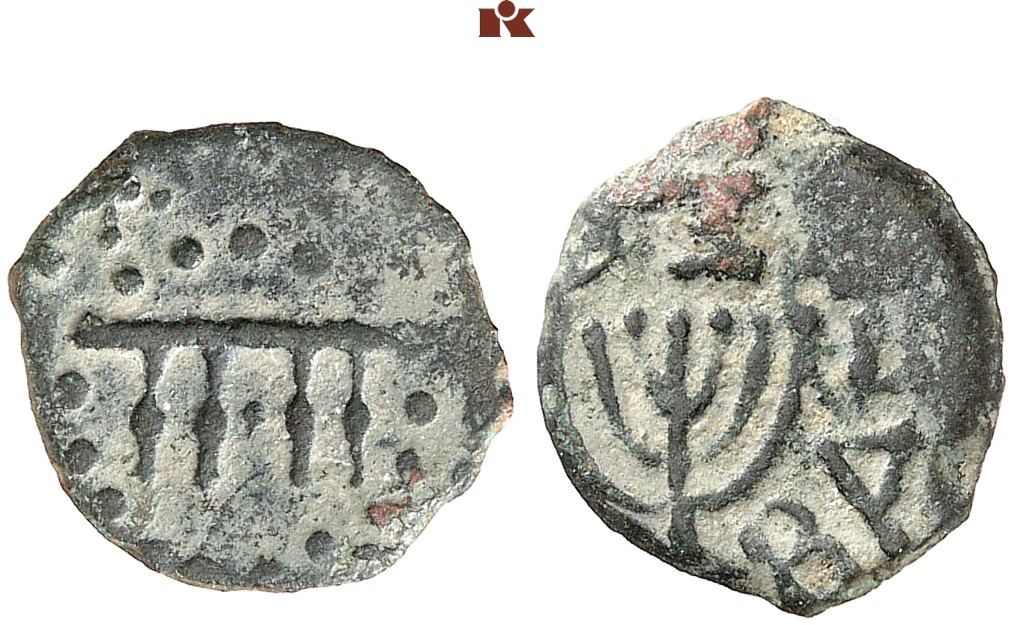 Above all, this auction focuses in particular on the history of people who have made decisive contributions to the culture not only of our country, Germany, but to that of countriesall over Europe and the world. Our high schools used to teach not only Latin and ancient Greek, but also Hebrew. This created a mental and human affinity to the cultures that form the pillars of our own. In this respect, the late director of the Munich State Coin Collection, Professor Dr. Bernhardt Overbeck, recognized the importance of this collection early on and exhibited a large number of the coins in Munich in 1993-1994.

He received excellent support for this project from Ya‘akov Meshorer, the Chief Curator for archaeology at the Israel Museum in Jerusalem. The catalog ,Das Heilige Land. Antike Münzen und Siegel aus einem Jahrtausend jüdischer Geschichte‘ (The Holy Land. Ancient  coins and seals from  a  thousand years of Jewish history), still available from the Munich State Coin Collection, is a lasting memorial of that exhibition. This catalog as well as Leo Mildenberg’s book on the Bar Kokhba uprising, which was published in 1984, attest that the collection was largely completed already in the early 1980s. 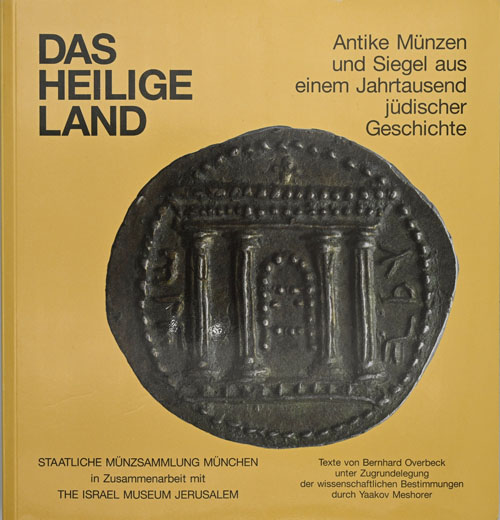 The front cover of the exhibition catalog published in 1993.

Overbeck’s efforts were rewarded by a visit of the Israeli Ambassador at the time, Avi Primor, who came to Munich for the exhibition‘s opening. By drawing attention to this collection in the media and making it tangible and accessible with this catalog, we hope to make a contribution to dealing more intensively with Jewish culture and history. Ignorance, a lack of education and especially being oblivious to history all too easily result in biased thinking and the willingness to engage in insane slogans and aggression. Let us use contemporary witnesses, which coins are, to become an educated and humane society.