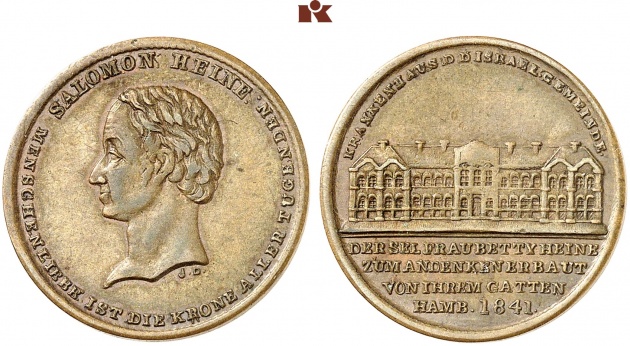 Salomon Heine, 1767-1844, was a well-known Hamburg merchant, banker and patron. He supported not only citizens of Hamburg, but also his nephew, the famous poet Heinrich Heine, by money. He established the Jewish Hospital in Hamburg in remembrance of his wife Elisabeth (called Betty) who had died in 1837.