A long bridge for the benefit of all

Quite a few cities claim to have more bridges than Venice. Berlin is one of them. The numbers vary, but whether Berlin has 546; 969; 1,600 or even 2,100 bridges – it easily beats Venice with its approximately 400 bridges. Although of course, when it comes to bridges, as with other things, it’s not about quantity, but quality. And Berlin offers quite some …

Berlin city map from 1688, before the construction of the new stone bridge.

A debate has been going on over the last few years whether the Berlin Rathaus Bridge shouldn’t have been reconstructed in the same style it was built in 1895. Which raises the legitimate question: Why not actually base it on the first stone construction at this place? After all, that bridge had characterized the cityscape for 200 years, whereas the Kurfürstenbrücke from 1895 only lasted 50 years.

For the benefit of all

An extremely rare medal with a weight of 20 ducats depicts this first stone bridge. The medal is dated 1692, the year the bridge’s foundation was laid. The dies were cut by medalist Raimund Faltz.
On the obverse, he presents the impressive Baroque portrait of the principal, Frederick III. The reverse features the bridge in planning. The five arches that were to span the river Spree for 200 years are clearly visible.
The architect Johann Arnold Nering was responsible for the construction. In 1691, Frederick had given him the order to replace the existing wooden structure with a stone bridge. Not that the wooden one was old, far from it! Only in 1661, the two cities Berlin and Cölln had paid 400 talers to have a bridge built from the timber provided by the Elector. That one, in turn, replaced a previous construction from the High Middle Ages, which had served its purpose for about four centuries.
The result in 1661 was a practical, but not entirely impressive structure, consisting of a wooden roadway strewn with sand and a low railing on both sides. It really didn’t seem fit to Frederick III as the way leading up to his castle. He wanted something representative. And thus, in 1692, the foundation was laid for a new bridge.
The inscription on the medal’s reverse suggests that this project didn’t go uncriticized. VTILITATI PVBLICAE – for the benefit of all, that’s how the Elector characterized his expensive construction. As if a wooden bridge hadn’t been just as useful to the average merchant … 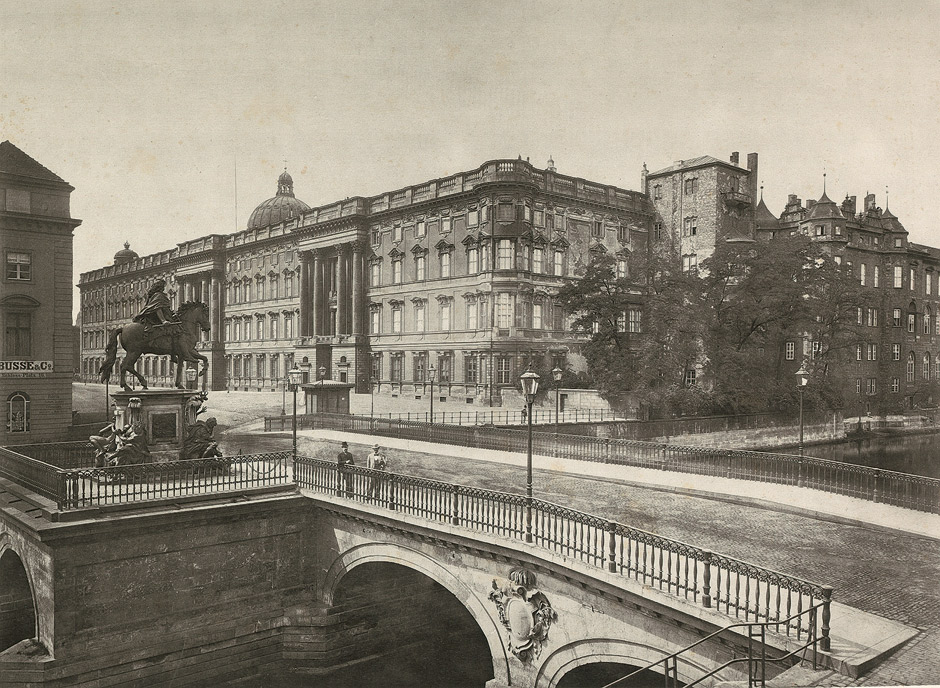 Frederick III’s Lange Brücke before the reconstruction in 1895.

The transformation to royal residence

Even though Frederick III didn’t systematically work on his elevation to King until 1696, the thought must have already been present during the planning of this bridge that his capital should be designed more representative, worthy of a higher-rank duke. Thus, on the occasion of the foundation, he had splendid medals made, of the sort that were sent out as a New Year’s gift to friendly royal courts all over Europe. 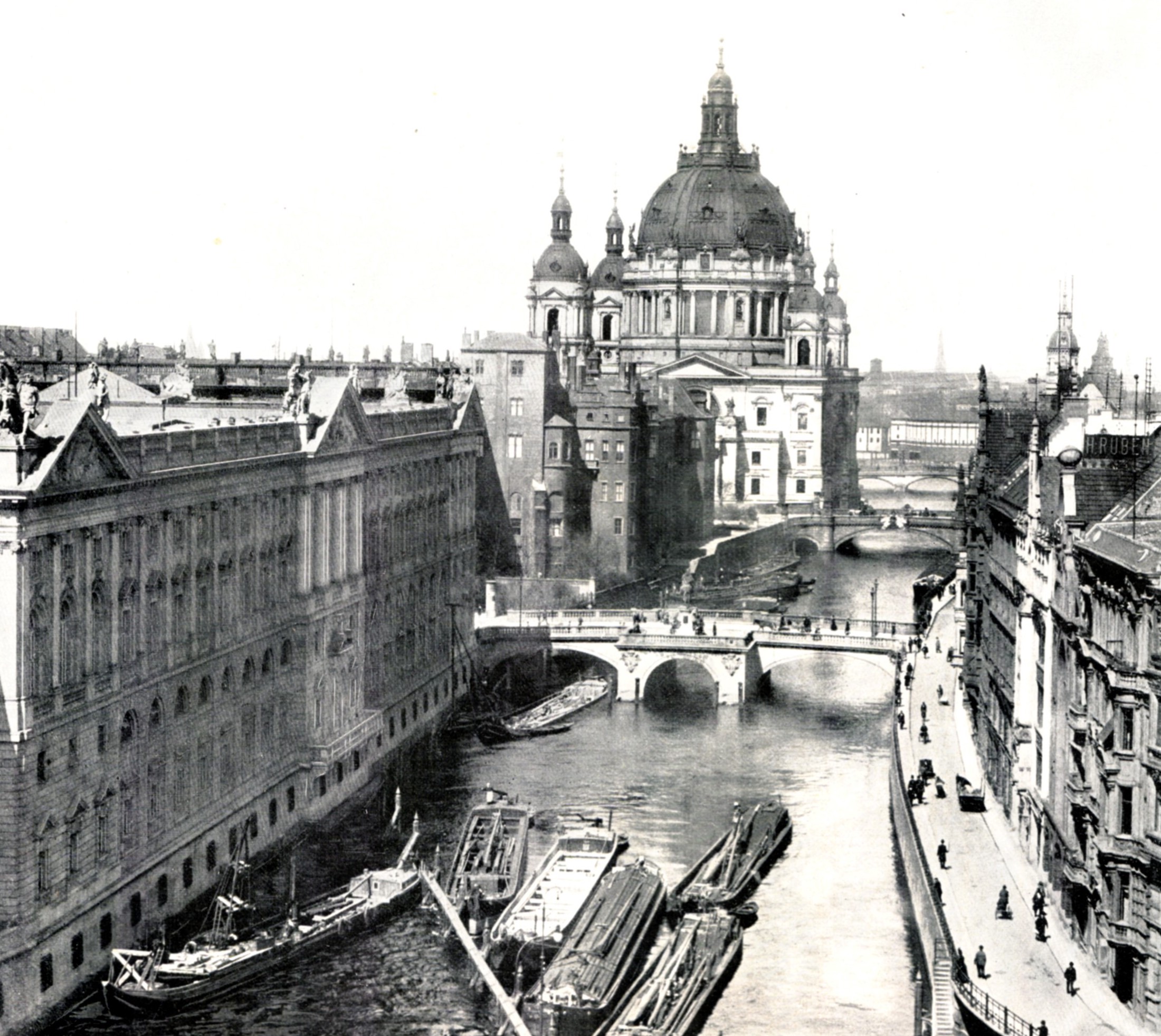 Already during planning, the central piling of the long bridge was extended upstream to create room for erecting a statue. Which is, upon closer look, even visible on the medal. The statue was dedicated to the Great Elector. Frederick III considered the winner of the Battle of Fehrbellin the only suitable role model.
This statue was kept when Frederick III’s bridge was replaced by a new construction in 1895/6. The old structure had become too small for the traffic of the late 19th century. It was this (relatively) new bridge that was blown up by German Wehrmacht forces during the final Battle of Berlin.

It was not reconstructed, which some Berlin citizens may find deplorable. Yet, a look at the river Spree flowing along underneath it teaches us: Panta rhei, everything flows, everything changes. Now the sixth bridge occupies this historic location, and only visual testimony like this medal commemorate previous constructions.