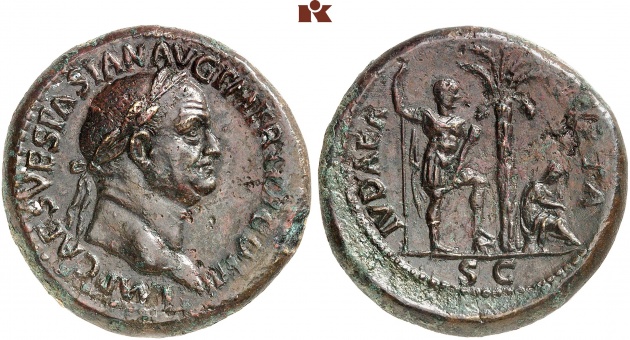 The parazonium is a long triangular dagger, which was carried by the higher ranks of the Roman army, in mythology by Virtus, the personification of bravery. Due to this iconography the emperor holding the parazonium becomes an embodiment of Virtus.