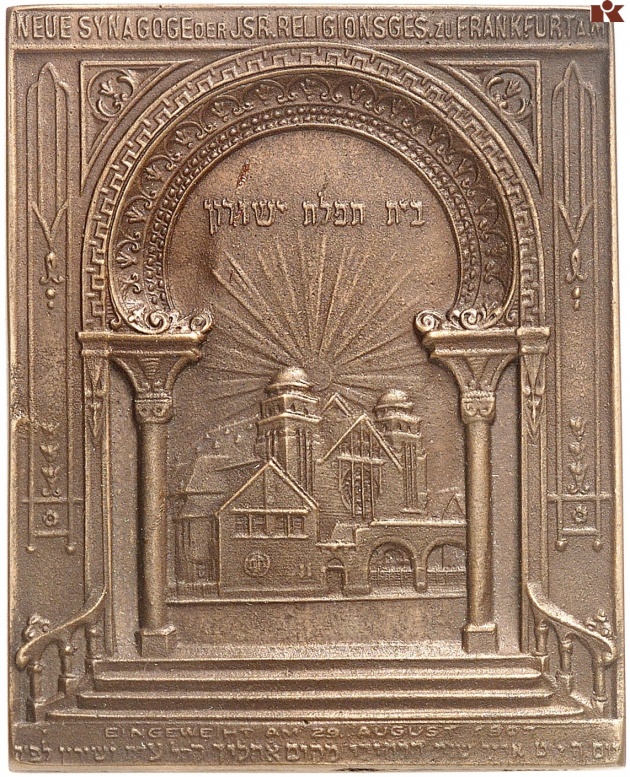 The synagogue at the Friedberger Anlage in Frankfurt offered space for more than 1600 worshippers. It was built after the plans of the renowned Berlin architects Peter Jürgensen and Jürgen Bachmann. Representatives of the Prussian Government, of the City of Frankfurt and of the Jewish communities had taken part in its inauguration in 1907. During the pogroms in November 1938 the synagogue was attacked with incendiary devices in order to destroy it. The building survived these assaults, but the Nazis stated that the building was in danger of collapsing and threatening public security. Therefore, they forced the Jewish Community to demolish it at their own cost. During 2nd World War a high-rise bunker was built in its place. It still exists today, but is now used for permanent exhibition documenting Jewish life in Frankfurt’s Ostend.