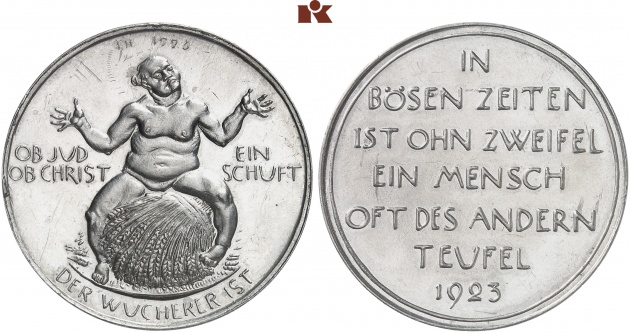 24 552 pieces of this aluminium medal were minted. These medals fall back on the motif of the Corn-Jew, which was used for invectives against the Jews as early as the 17th c.