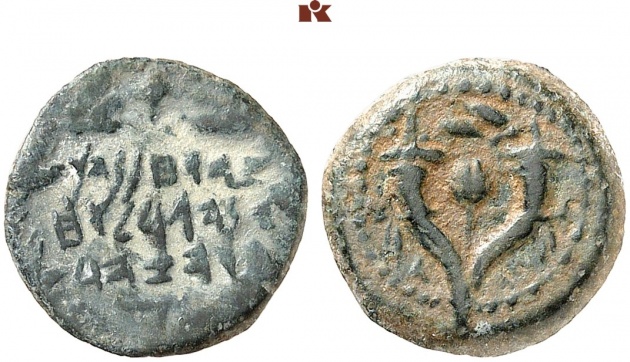 There are various widely differing proposals how to explain the Greek characters A and Π; they are discussed by Hendin p. 164; cf. also D.M. Jacobson, The Significance of the Caduceus between facing Cornucopias in Herodian and Roman Coinage, in: id. - N. Kokkinos (ed.), Judaea and Rome in Coins 65 BCE-135 CE. Papers Presented at the International Conference Hosted by Spink, 13th-14th September 2010, London 2012, 145-162, esp. 146-148. In my eyes the most simple explanation is to assume that Greek supervisors of the mint have perpetuated the initials of their names on these coins.