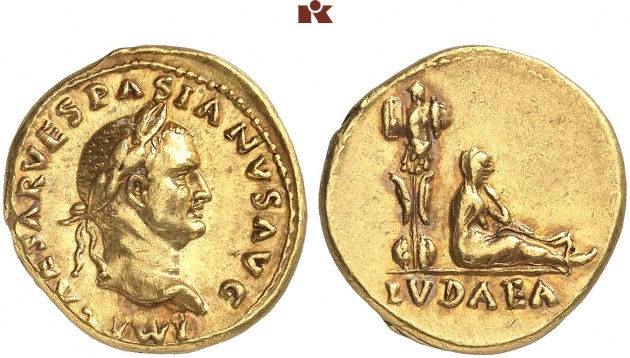 
Very rare in this state of preservation. Nearly extremely fine

For the personification of Judaea cf. J. Ostrowski, Les personifications des provinces dans l’art romain, Warsaw 1990, 178-183. The tropaion is a monument set up by the Greeks and Romans at the place where they had started to defeat the foe and to put him to rout. In this context the Greek word trepo (τρέπω) means 'to force someone to turn'.