Every month, it’s really nice to see that the salary was directly transferred to one’s bank account. Hardly anyone is aware of the fact that this type of remuneration in the form of a contractually fixed salary is a quite recent phenomenon. Until well into early modern times, services were paid for in a different way. In addition to agreed payments both in cash and in kind, gifts were handed out, especially at the beginning of a “good new year”. Even though these objects were called gifts, giving them was mandatory – you were expected to give them, and every authority and every employer had to hand them out. 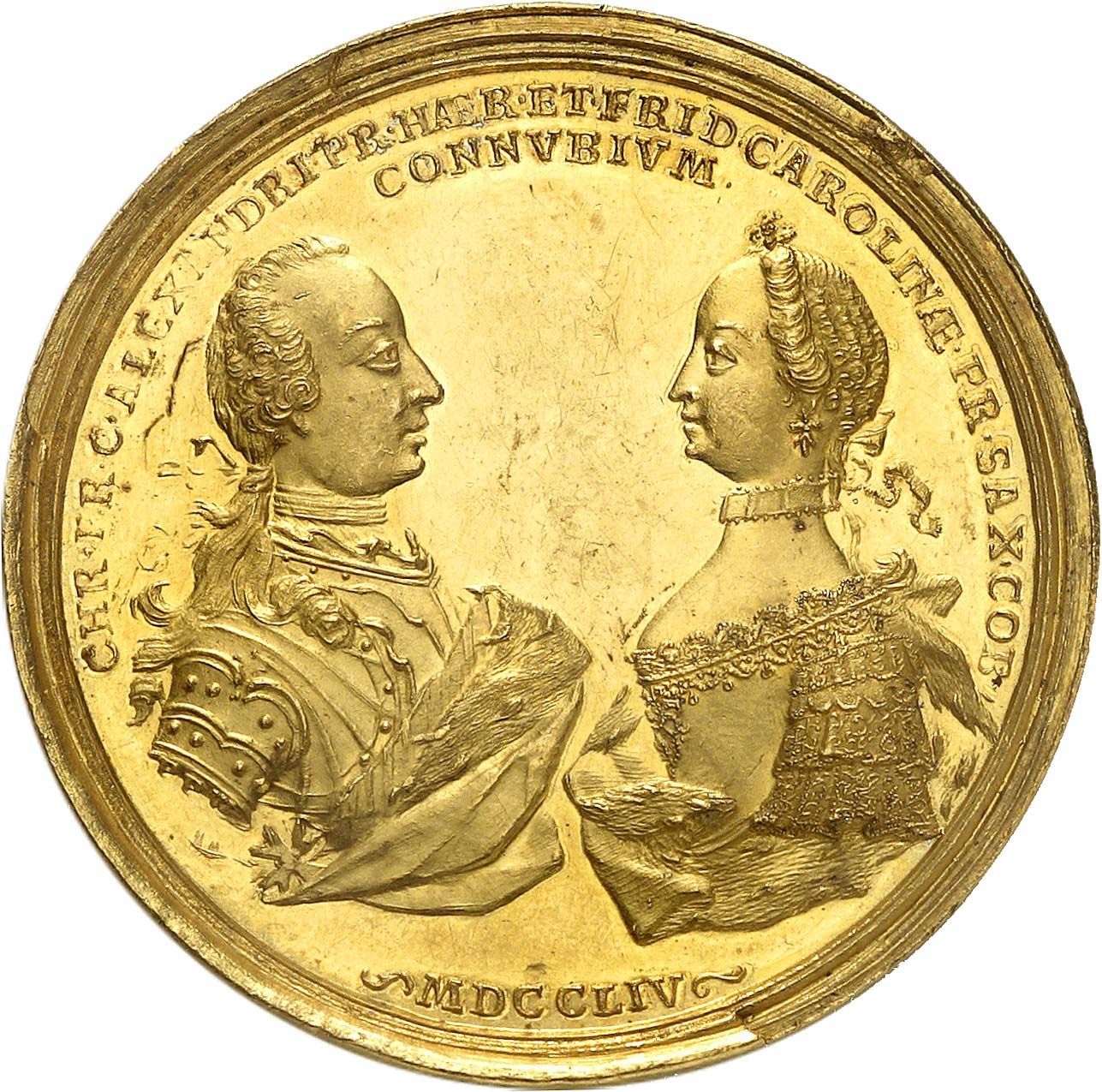 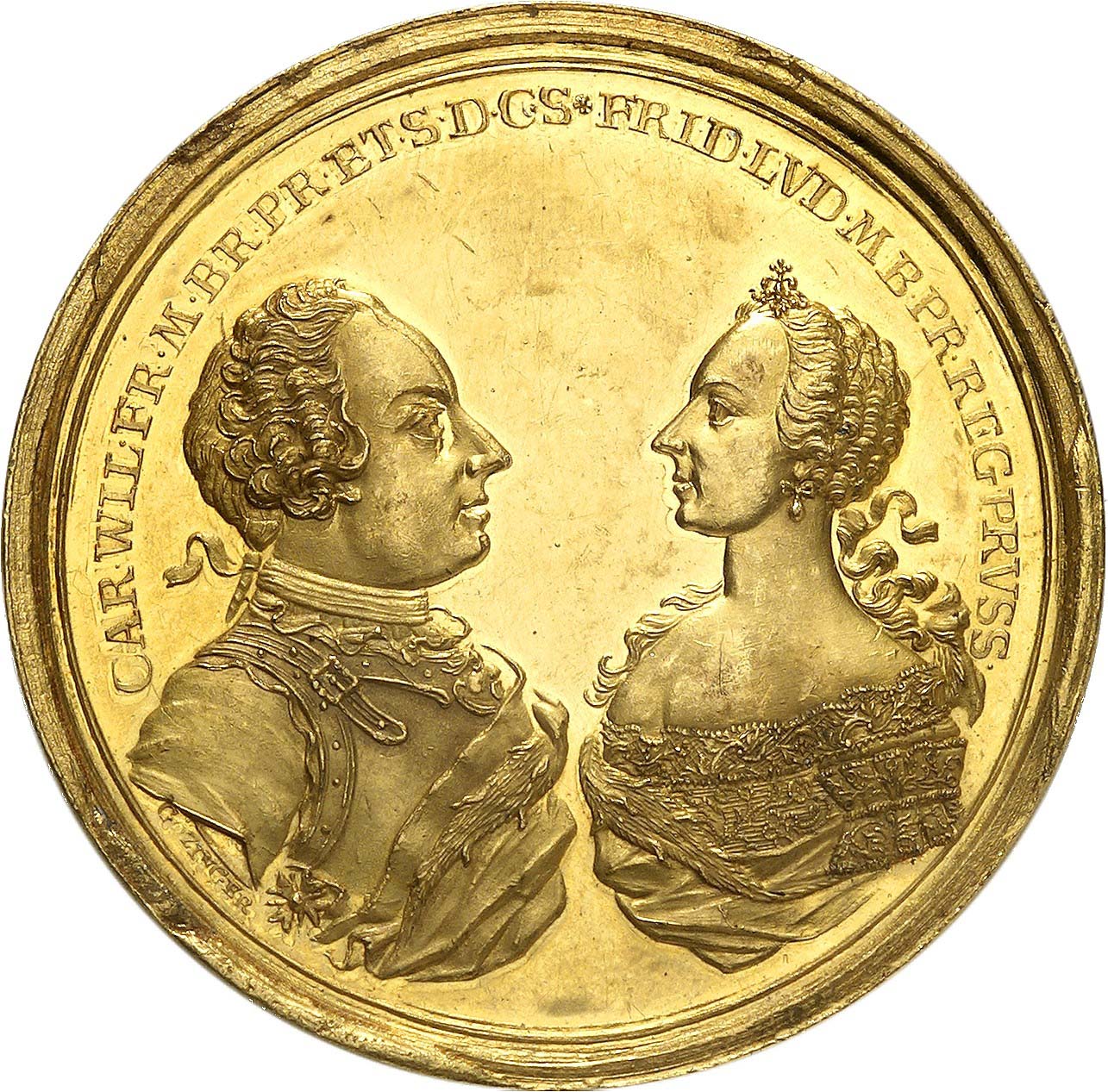 On the occasion of the wedding of his son, Charles William Frederick, Margrave of Brandenburg-Ansbach, had among others a 40-fold ducat weighing about 140 g minted. It was an extravagant gift which is today unique regarding its weight. Obviously, lighter denominations of this issue in gold and silver were struck as well. From Künker auction 331 (30 January 2020), No. 195. Estimate: 60,000 euros

It was very popular to use coins for these purposes. A major part of multiple ducats and multiple talers was minted especially for the purpose of providing givers with the right gift for a certain occasion. That’s why there are so many unusual denominations with special reverses: At weddings, birthdays and funerals, at coronations and anniversaries of the ruler’s accession to the throne, the protagonist of the event wasn’t the only one to receive a present. Those who attended the festivities were also expecting to receive a gift, and the subordinates of the person celebrating did so as well.

All of them received a gift suitable for their rank. And special denominations offered the advantage that one was able to decide exactly how much one wanted to present somebody with. Whom did one want to present with a twelvefold, tenfold, quintuple or double ducat? Who received a present made of gold? And who a gift made of silver? 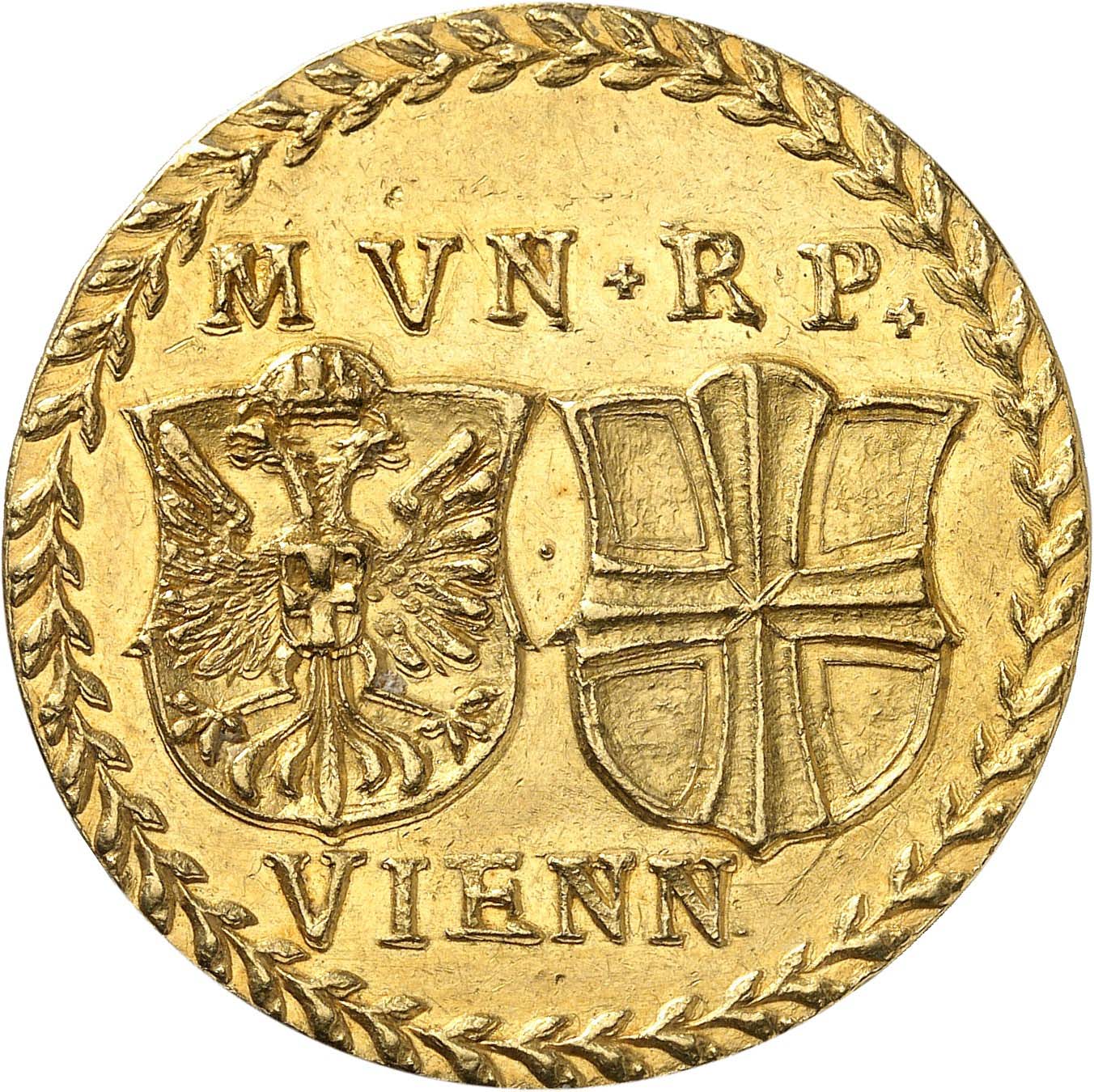 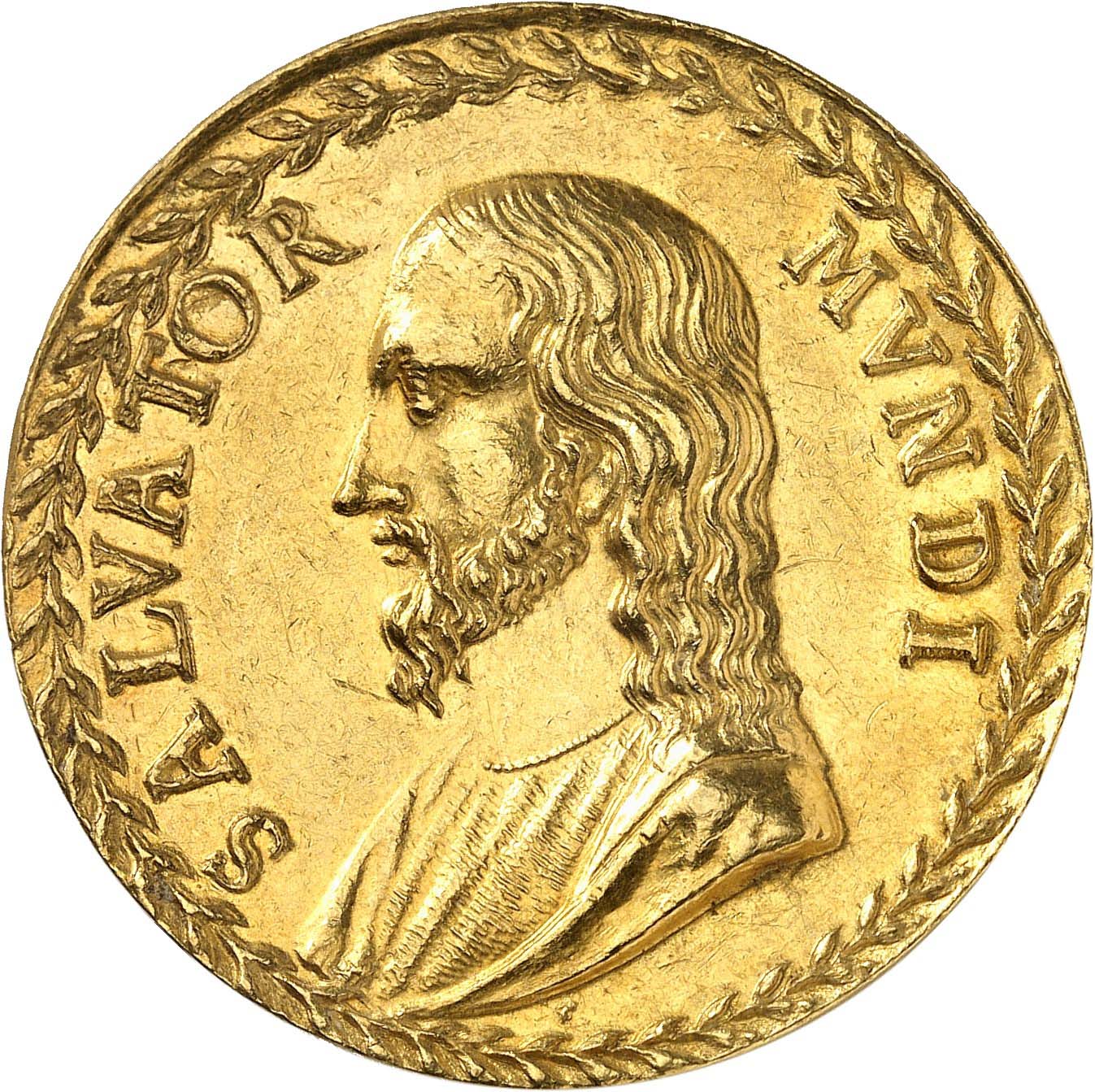 In Vienna, every year the municipality presented the most important officials with a suitable present for the “good new year”. This gift could be money, but it was also possible to use precious silver vessels, spices and perishable food like fish and meat. It required a lot of effort and money to get these presents. Additionally, there was a lot of room for jealousy between the presentees due to the different kinds of gifts.

That’s why the Council of Vienna decided on 26 October 1575 to replace gifts in kind with coins especially minted for that occasion. The Salvator medals were born. However, the word “medal” is a modern classification of the 19th century that has nothing to do with the reality of early modern times. The coins featuring the image of Christ as Salvator Mundi were meant to be used as means of payment. Therefore, they had the weight of a multiple guldens or multiple ducats. Contemporaries called these pieces Salvator ducats or Salvator pfennigs – the word “pfennig” meaning “coin” at that time.

In its decision of 1575, the Council also determined the amount of money that was to be given to the officials: “on the occasion of the new year, every municipal prosecutor, mayor and judge must be honoured by the City Council with a golden Salvator pfennig worth eight Hungarian gold guldens featuring the common municipal coat of arms and every member of the Interior Council also must be presented with such a pfennig worth six ducats.” 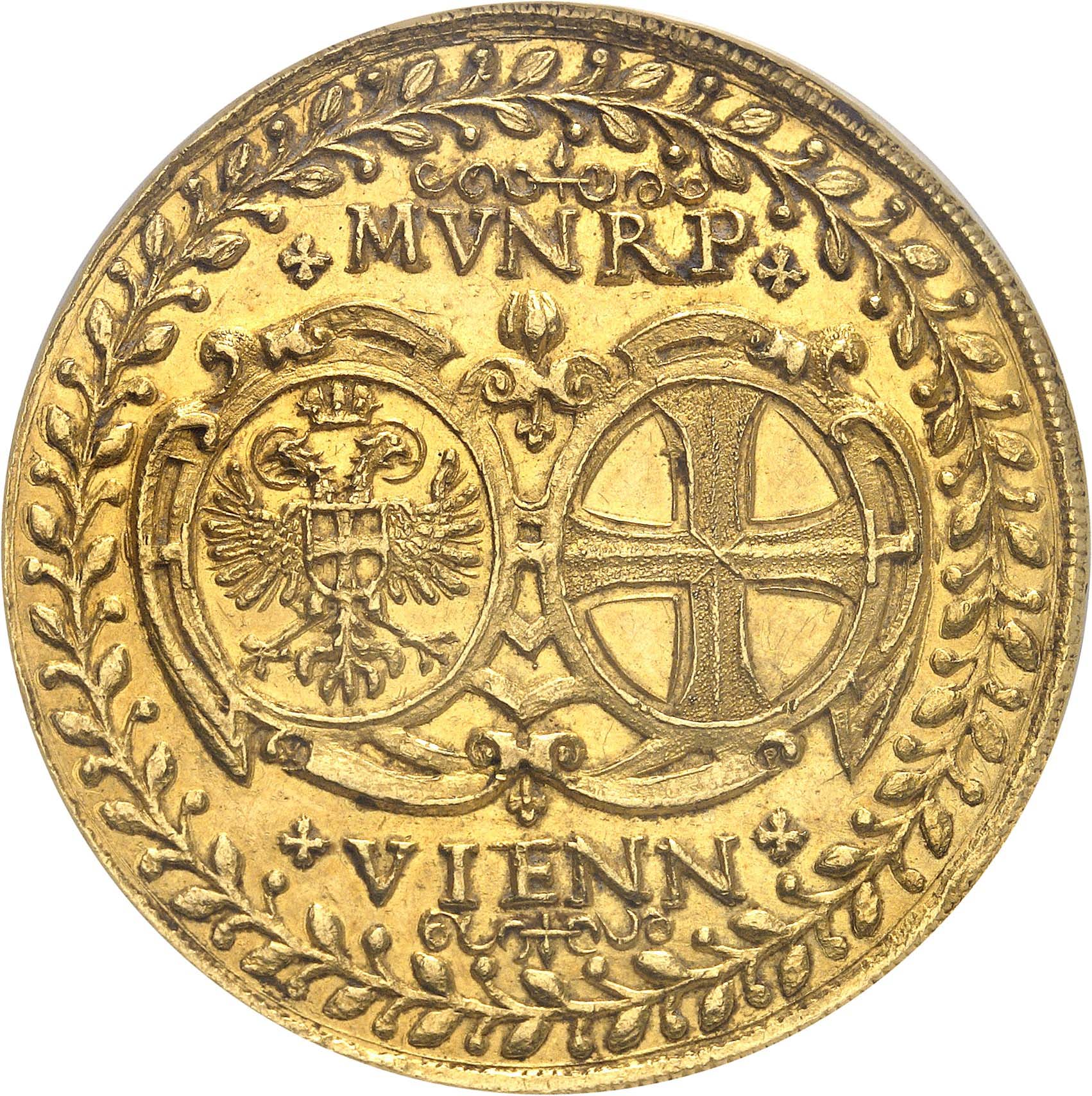 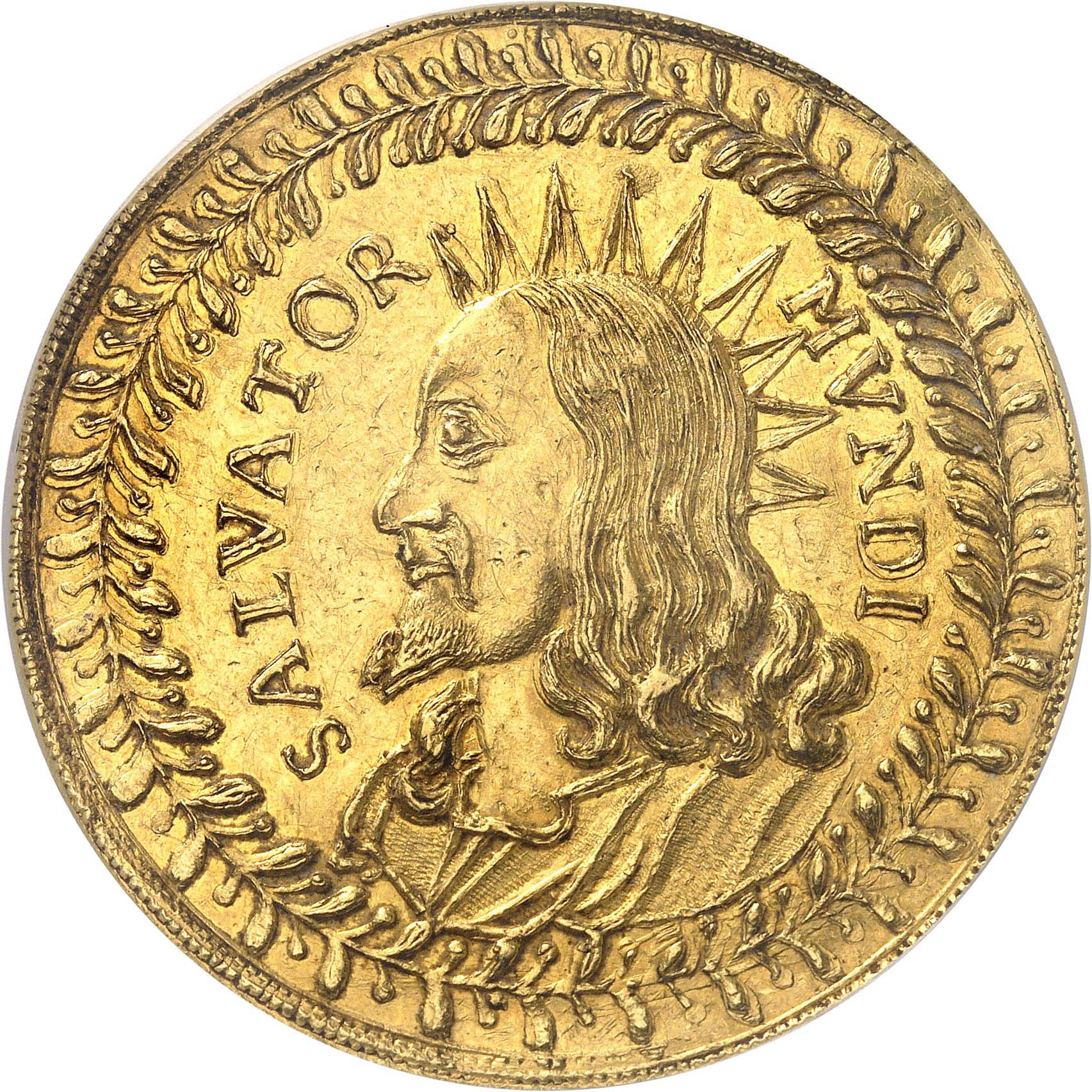 Why Christ as Salvator Mundi?

On one side, the earliest Salvator medals feature both coats of arms of Vienna. They bear the inscription MVNus Rei Publicae VIENNensis, which means: Gift of the Republic of Vienna. On the other side, they depict Christ as Salvator Mundi.

The term “Salvator Mundi” is used in art history to describe a specific way of depicting Christ, in most cases in the form of a statue. As “Saviour of the World” (= Salvator mundi), he is depicted with a halo, his right hand raised in blessing and his left hand holding the globe. But why is this type depicted on Vienna’s Salvator medals?

There is a long story to it, which begins in the 14th century. Frederick I the Fair seized the Vienna palace of the noble family of the Haimons. He consigned the impressive buildings containing among other things a chapel dedicated to Mary to the City Council of Vienna. At the latest in 1342, the latter started to use the property as town hall. Unfortunately, the common people did not stop for centuries to call the church located there as Saint Ottenhaim. The memory of the founders of the chapel, Otto and Haimo, lived on in the name of this invented saint – very much to the dislike of the authorities.

It required a papal bull, which was decreed on 28 May 1515, in order to officially replace the cult of Saint Ottenhaim by consecrating the chapel to Christ the Saviour and Mary the Virgin. Mary was chosen because, at that time, almost every municipal church was consecrated to the mother of Jesus and Christ the Saviour because there was already a wooden statue of him decorating the main altar.

The chapel was an important place for civic identity. Many ceremonies took place there: For example, anyone who wanted to acquire the citizenship of Vienna had to recite the Catholic Creed publicly in front of the main altar looking at the depiction of Christ the Saviour in order to prove that he or she fulfilled the most important condition to acquire the citizenship of Vienna: being Catholic.

So, what better depiction could there have been for a gift to the city fathers than the main saint of the town hall chapel, where all of them had performed their oath and where the most important ceremonies took place? 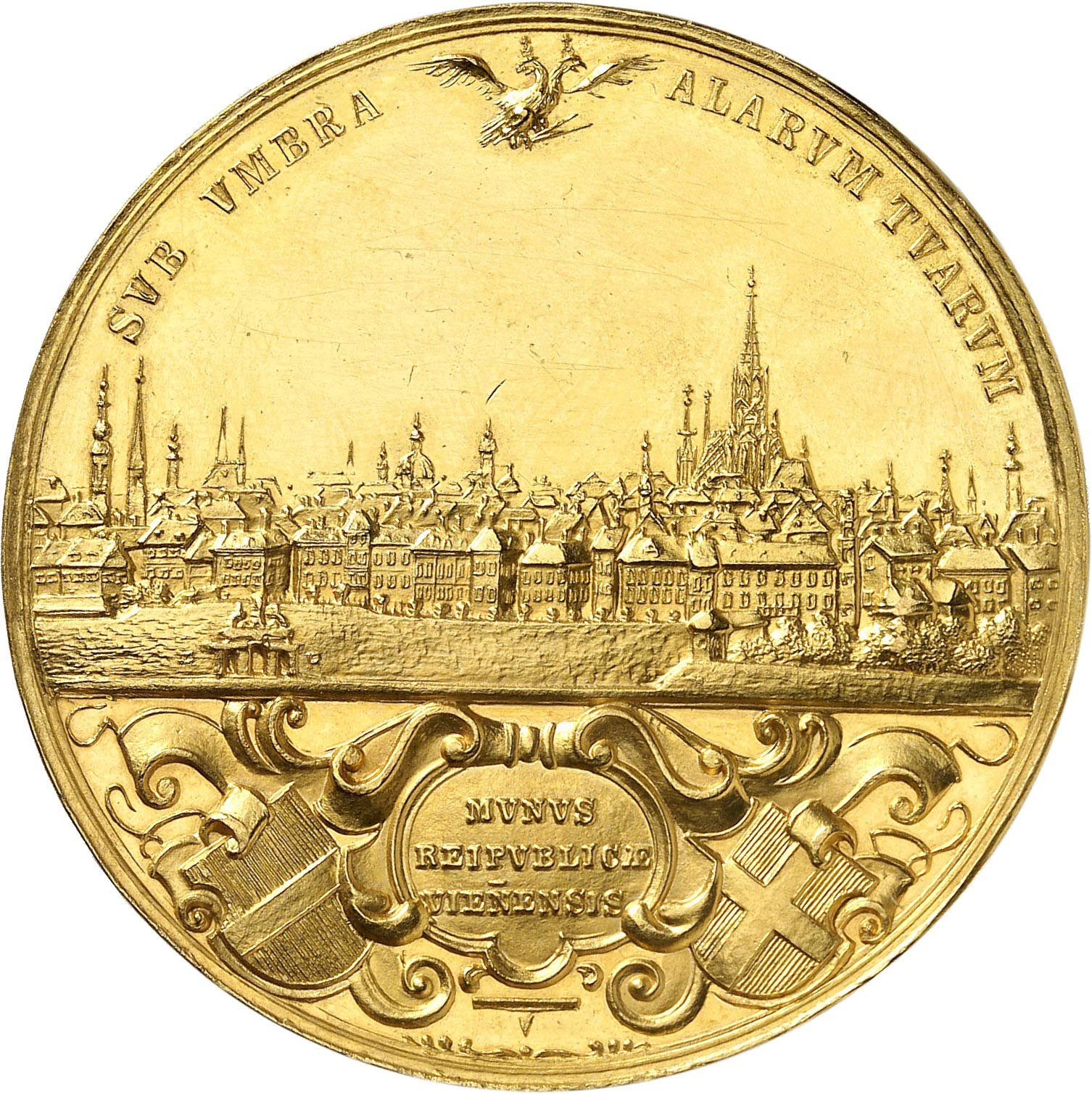 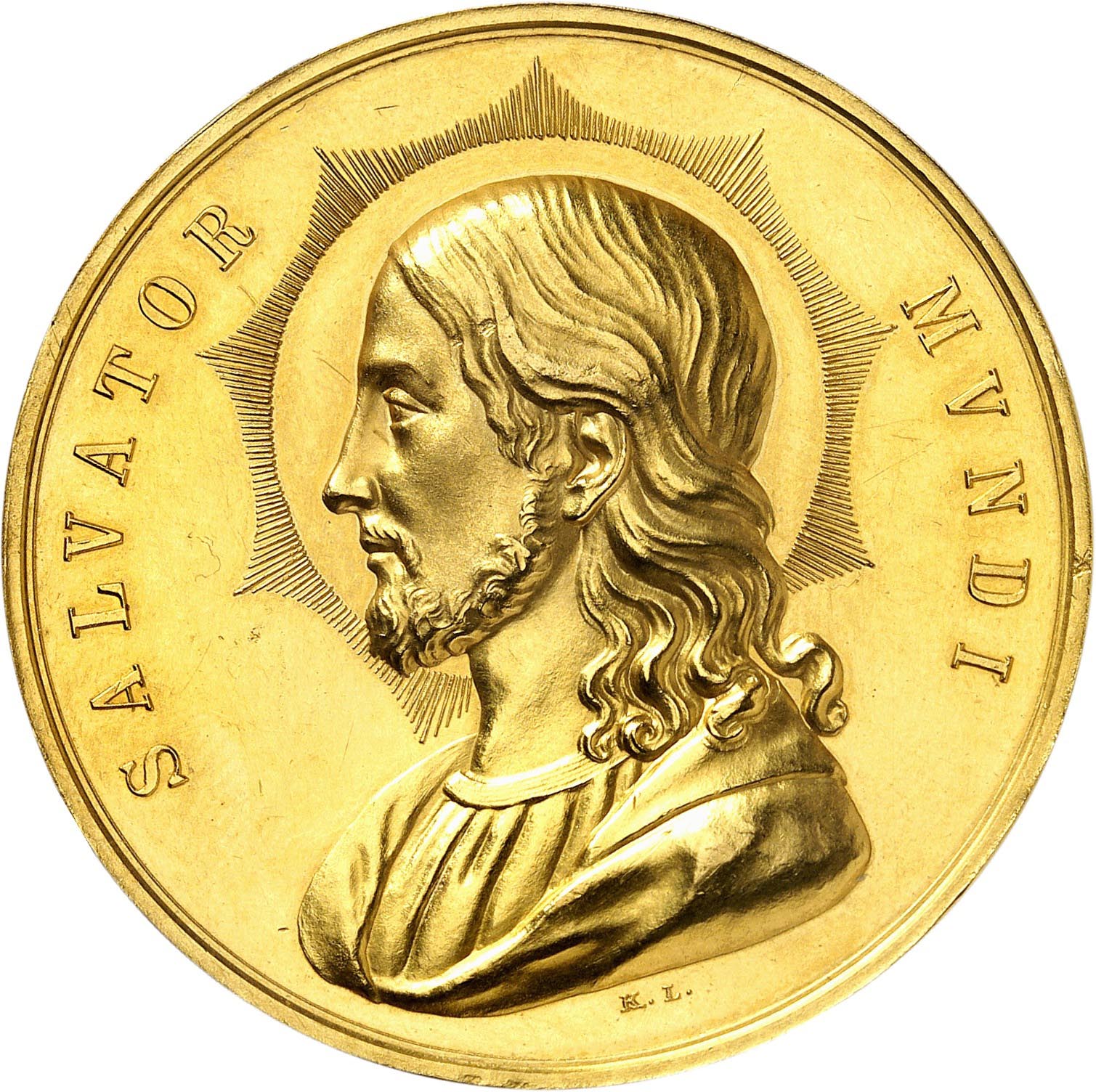 From an Honorary Gift to an Honour

In 1663, the city’s coats of arms on the honorary gifts were replaced by a city view. This motif can still be seen on the best-known Salvator medals, which were minted with the die made by Kurt Lange in 1843.

However, from then on it is correct to classify these pieces as medals for the gold specimens were no longer used as gifts connected to a salary. Since the times of Joseph II, they had the character of an honour awarded to a person by the City of Vienna, which used three degrees in order to do so: simple, large and double large. Many people received a Salvator medal. The City Council awarded them to musicians and actors, scientists and politicians, dealers of colonial goods and manufacturers, in short, to all minor and major dignitaries of Vienna.

An article in the newspaper “Wiener-Moden-Zeitung” of 1842 gives a vivid picture of the importance of Salvator medals in urban life. It reports on the festivities organised by the City of Vienna for all those who had been involved in the demolition and rebuilding of the tower of St. Stephen’s. Ignaz Czapka, mayor and municipal council, did not miss out on the opportunity to name every single person in his speech and to honour them in a special way: by awarding them honorary citizenship and by presenting them with both, the large and the small golden Salvator medal. At the end of his speech, Czapka especially praised foreman Höller, “who completed his difficult tasks to the satisfaction of his employer through personal sacrifice regardless of any kind of changing weather and thus made every effort to achieve the determined aim.” The simple craftsman received a silver Salvator medal and 10 ducats in return for his services.

The end of the report states: “Everyone certainly left the celebrations with the inner conviction that at a place where services are acknowledged so warmly and where a wise municipal authority makes the moment of completion also a moment of reward, beauty and goodness must grow and flourish and spread rampantly to confirm the old adage: Austria is full of all honours!”

It becomes obvious that Salvator medals are a perfect example to illustrate the close connection between coins and medals in early modern times. Moreover, due to the change of their role, they bear witness to the fact that every numismatic object has to be studied from the perspective of the time of its creation and its usage to fully understand it.