The Kingdom of Tonga is located in the South Pacific. It includes 172 islands with an area of 750 km². 36 of these islands are inhabited by little over 100,000 people.
When Captain Cook introduced the archipelago to the western world as the “Friendly Islands”, Tonga already looked back on a long history. Under the Tu’i Tonga dynasty, who were proud of being able to trace their origin back to the 10th century AD, the Tongans rose to the Polynesian maritime power. Archaeologists can prove today that the brave sailors travelled as far away as Fiji and Hawaii.

The first king of Tonga: George Toupou I

Tonga becomes a constitutional monarchy
Anyone who hears the word “South Seas” and thinks of harmless savages dancing hula hoop in short grass skirts, is taken in by completely outmoded Hollywood clichés. A long time before Cook, Tonga already had a highly complex social structure and perfectly qualified politicians. One of them, Tāufaʻāhau, united the islands under his reign. He understood that he needed to communicate with the newcomers in their own language. Therefore, he established the most modern form of government at that time in Tonga: the constitutional monarchy. He published a code of law, declared freedom of the press and abolished serfdom throughout Tonga. In order to be taken seriously by the foreigners, he dressed in western suits and changed his name to King George Tupou I, which was also much easier to pronounce for diplomats than Tupou Maeakafa Ngininginiofolanga ...

Even though he made compromises regarding external circumstances, the king of Tonga stood firm regarding the matter itself. His realm remained independent under his reign – he even forbade to sell land to people who were not born in Tonga. This law, by the way, still applies today. The founder of the Kingdom of Tonga died at the age of 95 in 1893. 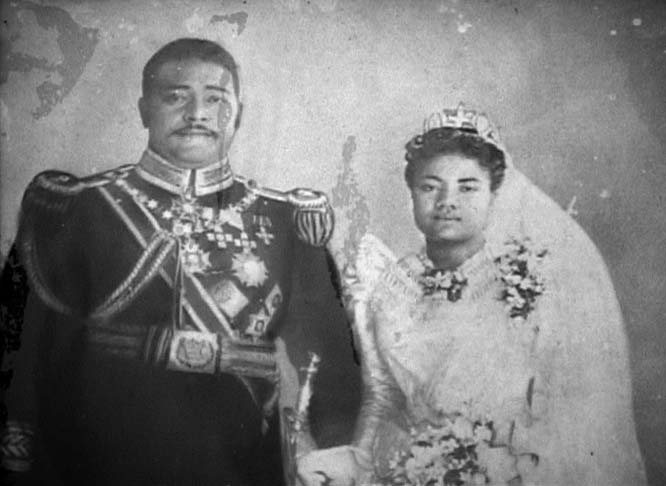 Daughter of the “wrong” woman
His successor was his grandson, George Tupou II. At the time of his accession to power, he was only 19 years old. And he did not have his grandfather’s political wisdom. He almost caused a civil war just by choosing his wife – she did not belong to Tonga’s upper class. In order to protect himself from attacks by his own people, he made Tonga a British protectorate. Luckily, the woman died of tuberculosis just three years after the wedding. All she left behind was one daughter, Salote Tupou, the woman depicted on our coin. 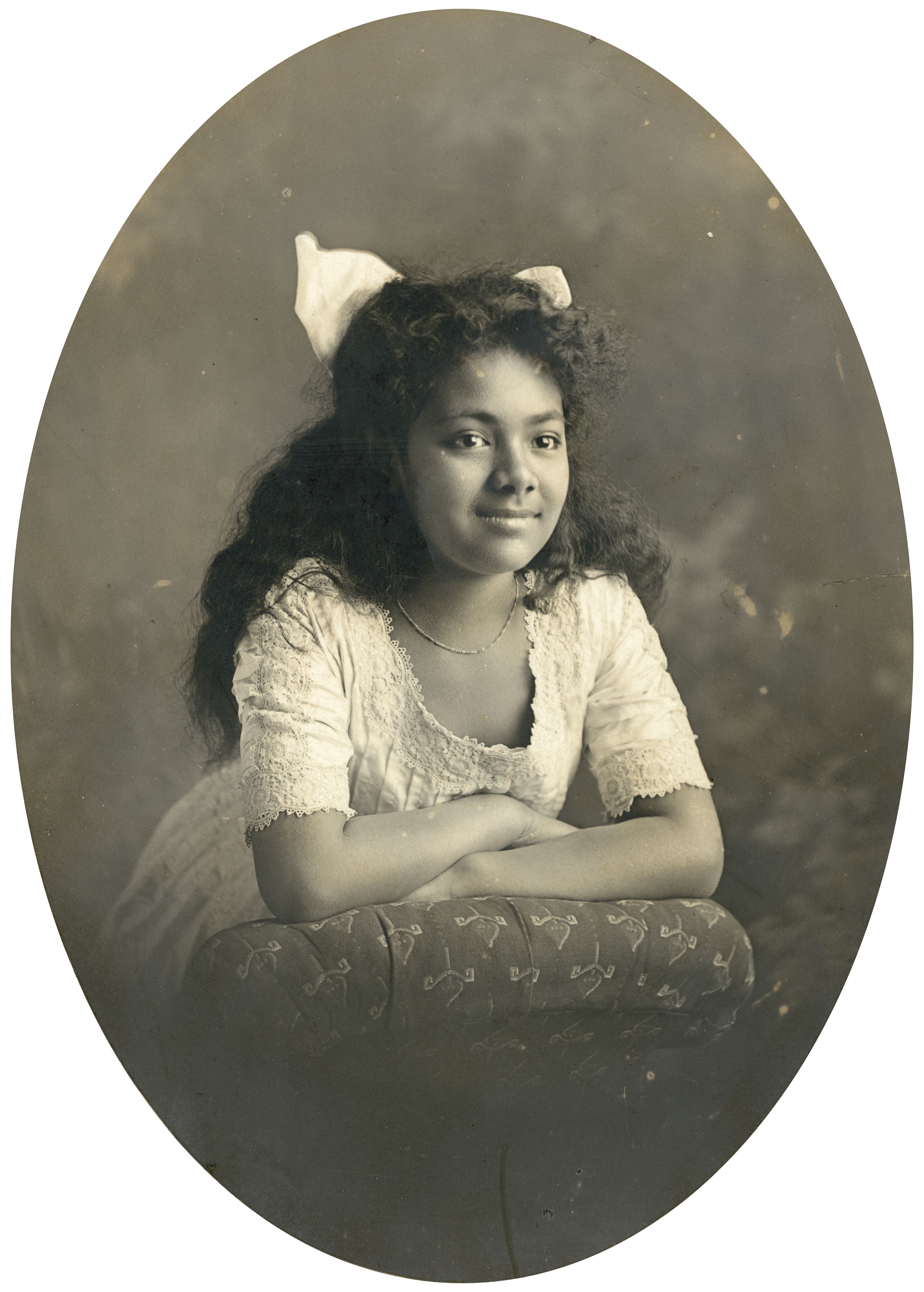 Salote Topou at the age of 8.

A youth in school exile
Salote suffered a lot from the fact that she was the “wrong” woman’s daughter. She could only leave the palace grounds when guarded because she was in danger of being killed. And when her father married a “right” woman in 1909, who was approved by Tonga’s upper class, Salote became an inconvenience. Therefore, she was sent to a school in New Zealand a couple of days after the wedding. It was meant to be an exile, however, it made the young woman familiar with the western way of living, western education and gave her a view on the world outside of Tonga. 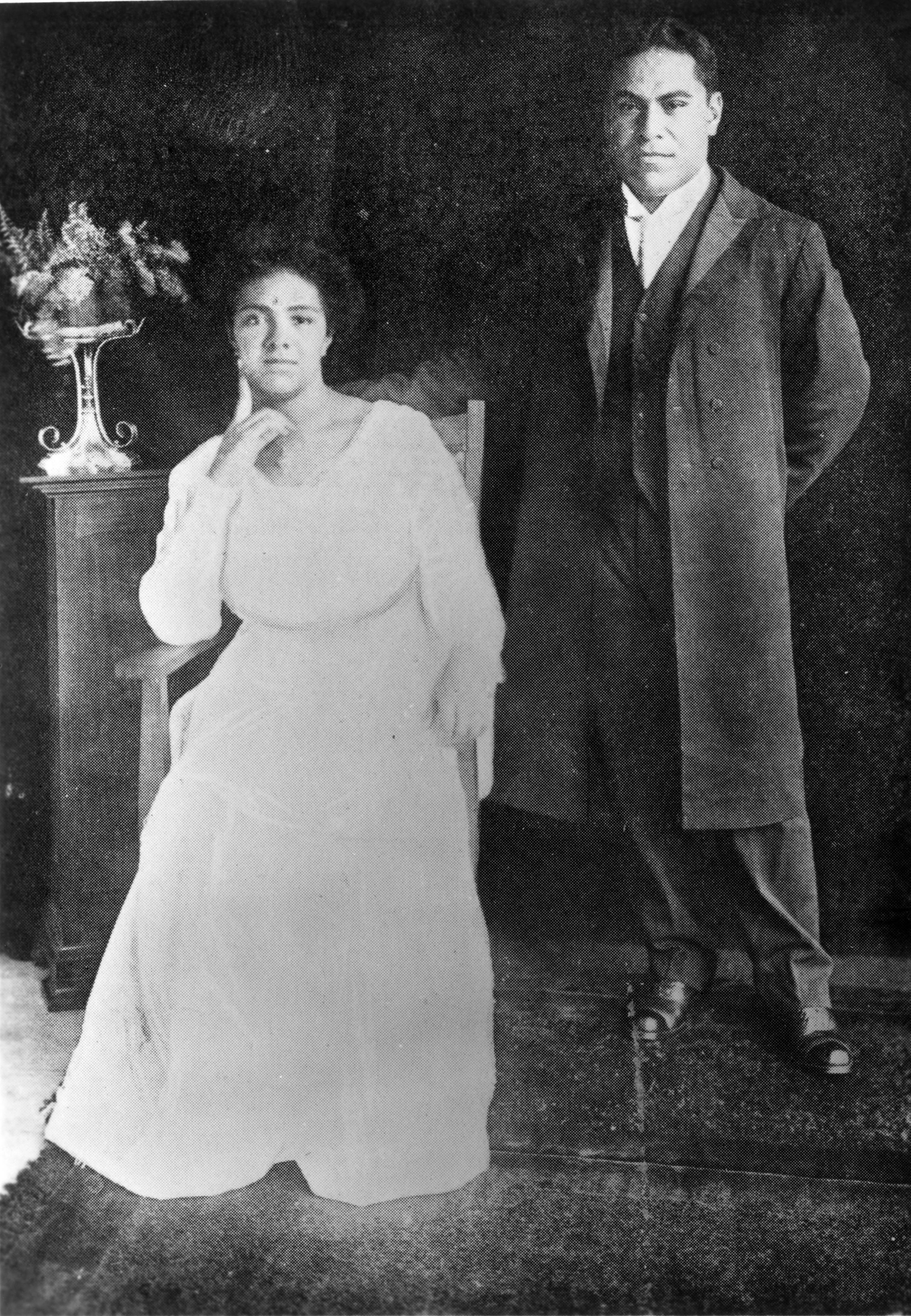 The “right” man
The king might have had the “right” wife now but that still did not mean that she would bear a son (who survived). It became more and more likely that Salote would become his successor and therefore, at the age of 14, the king brought her back into his country in order for her to get familiar with the political situation. The king had also chosen a husband for her. At the age of 16, she married the son of the man who was Prime Minister under Tonga’s first king. Viliami Tungī Mailefihi had been raised in Australia and by the time of the marriage, at the age of 28, he already was a wily politician. With that, the king found a connection to make the political caste approve of his daughter’s reign: If she would have a child with her husband, it would have the blood of three royal dynasties. And that was worth a lot in Tonga. 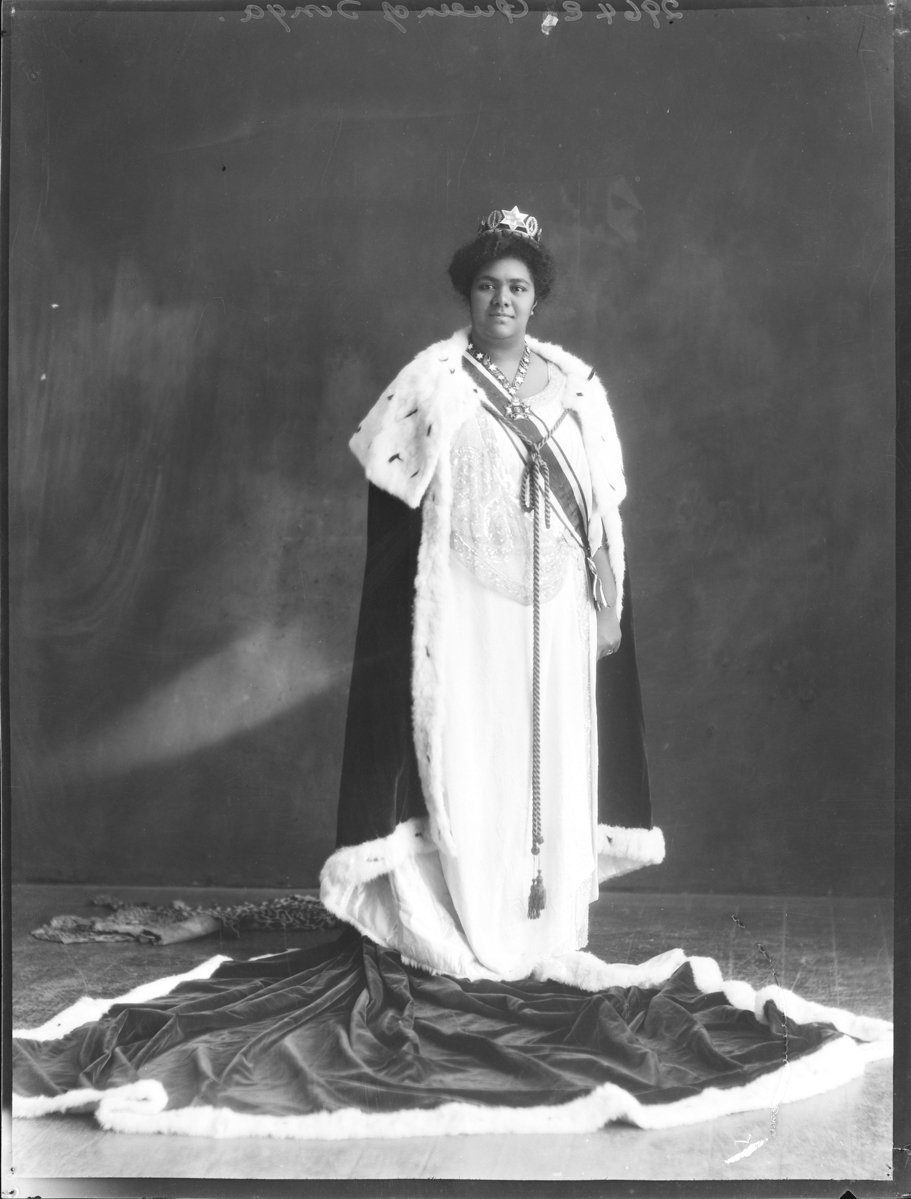 Queen and Prime Minister
It was an absolute dream team that was taking over political matters of Tonga when the king died in 1918 of the Spanish flu, the horrible disease that cost so many lives after WWI. At the age of 18, Salote was crowned Queen of Tonga on 11 October 1918 and she proved immediately, that she was politically smarter than her father. With a sense of humour, charm and support by her husband, who became Prime Minister of Tonga in 1923, she stood up to Tonga’s upper class as well as the English governor. Her decision to include Papalagi, which means Europeans, in her cabinet, was criticised by the local ruling elite. But the foreign expertise made the development of the health care system, the agriculture and the promotion of better training opportunities on the island much faster. Her first big success was to propitiate the two fighting parts of the Methodist Church. This religious conflict had drawn a lot of blood in Tonga and the role Salote played in ending it proved to the people of Tonga that the young woman was by all means able to fulfill her duties.

Support for Great Britain in WWII
Tonga supported the United Kingdom in WWII not only morally but also financially. The “savages” collected 15,000 pounds in order to finance three Spitfires for the Royal Air Force. Two of the three donated aircrafts were used in air combat. And in Tonga, a small army was created with the support of New Zealand, in order to protect the island against the Japanese. Moreover, 2,000 soldiers from Tonga fought in the British army. When her husband died in 1941, in the middle of WWII, Salote had gained so much power, that she could transitionally appoint her cousin minister. In 1949, her son became minister and he was supposed to take over her reign in Tonga after her death.

A coach tour in the rain
Tonga became famous in the western world due to Queen Saote’s participation in the coronation ceremonies for Elisabeth II. Unlike all other crowned heads protecting themselves from the rain on the way back from Westminster Abbey, Salote ordered that her coach shall go on without the deck. She got pretty wet but won the people’s sympathy. This 1.91 m tall figure, clearly visible on all pictures of the wedding shown on television, became a symbol of the positive aspects of colonialism for many Europeans.

The first coin issue of Tonga – also passed down on stamps
In 1962, Salote had gold coins issued by the British Royal Mint that were packed in pretty cases and merchandised in Europe as the first gold coins from Polynesia. Even the Life magazine wrote about the coins on 11 October 1963 – and about the stamps that were issued with them: “A pile of new gold coins and a unique issue of postage stamps - the first round stamps ever printed - are the latest shining symbols of fame and financial well-being for the sprawling Pacific island monarchy of Tonga. For the last 45 years the Friendly Islands, as Captain Cook called the group when he visited it in 1773, have been travelling the golden trail to prosperity under the intelligent reign of Salote Tupou III, a 6-foot 2-inch queen who made a splash at the coronation of Elizabeth II in 1953 and who has spent her reign keeping the island’s budget in balance. She did so well that she could afford to introduce gold currency into daily circulation in her country - something no other country has done since 1934 - and now Tongans can pay their bills with big gold pieces bearing the portrait of the queen. Proud of this splendid currency, she then ordered circular postage stamps incorporating portraits of the coins. Queen Salote hopes her hard money and round stamps will bring philatelists, numismatists and just plain tourists flocking to Tonga with supplies of their own equally welcome, if less spectacular, currencies.“ However, this money was never meant for circulation in Tonga, which is already obvious considering the name. Koula is nothing else than the Tongan word for gold. The coins were never integrated into the national currency system and the peg to the pound sterling was removed only in 1967. At that time, the own currency of coins was introduced with 1 Pa’anga = 100 Seniti. Even though the coins apparently were never meant for Tonga, it has been tried to make the Papalagi believe something else…

A great queen
In November 1965, Queen Salote died of cancer. Her death showed how much she had won the hearts of her subjects. People from many islands came to attend the funeral, which was organised according to Tongan traditions. The Governor-general of New Zealand attended as British representative and in London, the capital of the Commonwealth, all flags were at half-mast. Five years after her death, in 1970, the British protectorate ended and Tonga got its independence back.

You can find a series of coins from Tonga in Künker auction catalogue 315. You can access it online at www.kuenker.de/en/auktionen.