Joachim II introduced the Reformation in the Electorate of Brandenburg on November 1, 1539. To his contemporaries, however, something else was more important: Joachim was notorious for his sumptuous lifestyle and the high debt mountain he had accumulated in his 36-year rule. 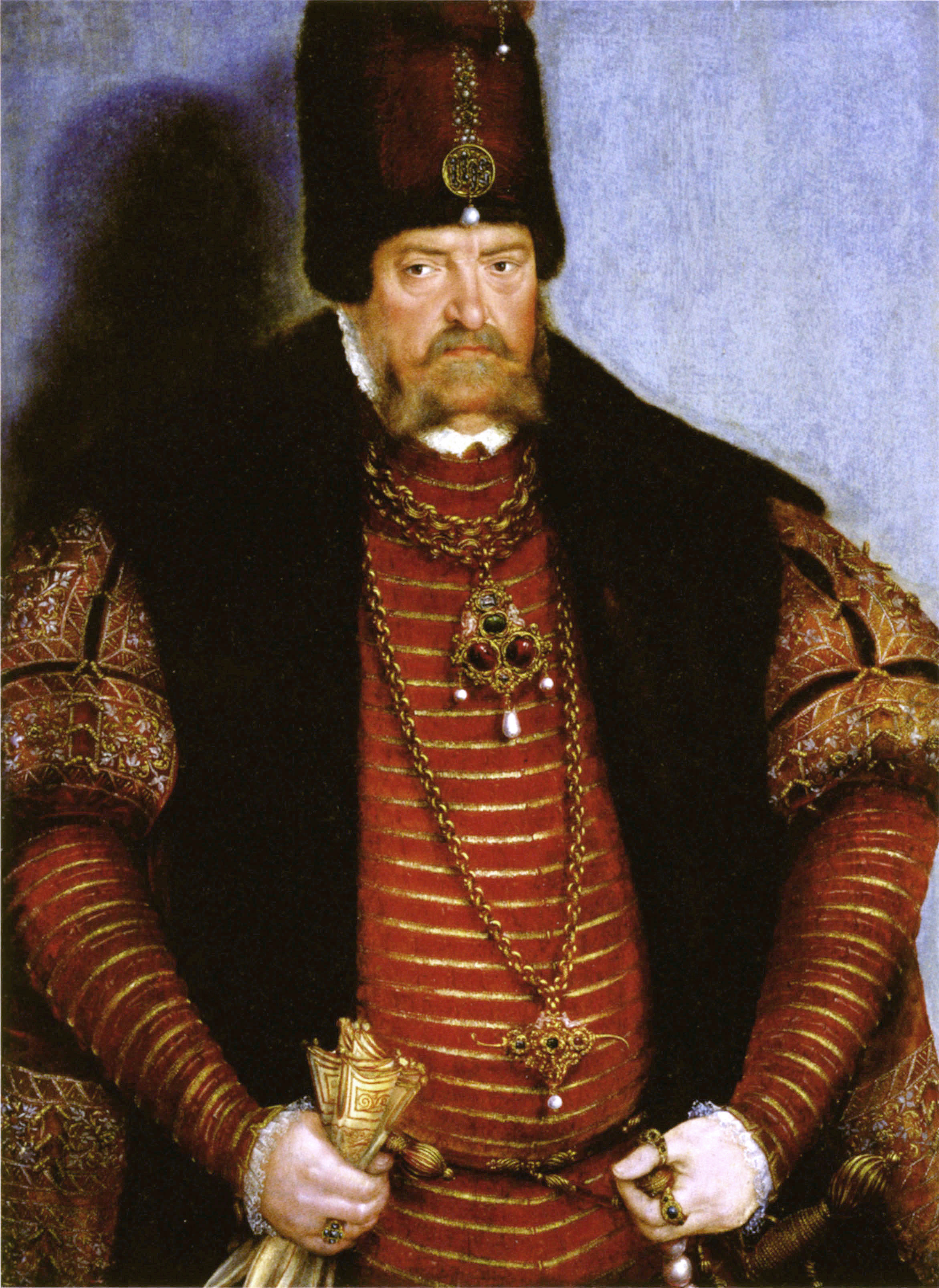 Joachim II Hector. Painting by Lucas Cranach the Elder around 1550.

You only have to take a look at the portrait of Joachim II painted by Lucas Cranach around 1550. The Elector of Brandenburg plays to the gallery. He wears not less than two heavy gold chains over the gold enwrought robe with sleeves made of expensive brocade. He is dressed in a precious fur, complemented by a high fur hat emblazoned with a gorgeous piece of jewelry. Almost every finger is decorated with a sumptuous ring. Altogether, every inch of this ruler tells of his love for pomp and splendor.

It was too bad that the revenues from the Electorate of Brandenburg were not enough to keep up with the claims of its ruler. The country was sparsely populated. Even if the cities had potential, they lacked capital and courageous merchants. Perhaps that was the reason why Joachim II allowed the Jews on June 25, 1539 – before his conversion to the Reformation, by the way – to resettle in the Margraviate of Brandenburg.

This was necessary because already in 1540 Joachim II had become so debt-ridden that he had to resort to extraordinary measures. He summoned the Assembly of Estates, spoke of bankruptcy, and in order to prevent that, his subjects advanced the money he needed to cover his debts. In return, they were granted the right to collect the electoral excise and property taxes themselves until the money they had lended was reimbursed with interest and compound interest. That never happened, though. The “Landschaftliches Kreditwerk”, as this new authority was called, existed until 1820 and for many centuries served as a guarantor for any debts that a sovereign incurred.

No wonder that the talers from this time are so rare and that the gold gulden consist of bad gold. Precious metal did not grow on trees during these years.

This did not change until Joachim II appointed Lipman ben Juda as coffer administrator, chairman of the electoral mint and representative of the Jews in the Margraviate of Brandenburg in 1556. As such, Lipman had to ensure that his master had sufficient financial means to finance his elaborate lifestyle. This was no easy task; however, thanks to a number of coercive measures he was successful.

Lipman watched over the exchange of money. It brought lavish revenues, because on the home market the nominal value of Brandenburg coins exceeded their intrinsic value. Private ownership and export of gold and silver was banned, so that every merchant had to do with the bad coins. Therefore, everyone doing business in Brandenburg lost a substantial part of his profits through the forced exchange rate.

The silver for the mint was supplied by the Jewish community, which was forced to buy silver abroad and sell it to the mint at a fixed price below purchase price.

Did Lipman have a personal benefit from this situation? We do not know. The historical sources that either condemn or protect him are too much charged with emotions. In any case, he is said to have been notorious for his credit transactions and high interest rates of up to 54% per year.

Shortly before Joachim’s death, the first Brandenburg portugaleser worth 10 ducats were produced. We happen to know where the gold came from. Joachim II is said to have given a heavy gold chain to his mint master Lipman, in order to melt it down and strike the portugaleser. On the evening before his death he presented every guest at Koepenick Castle with one of these valuable pieces.

They were meant to illustrate the wealth of the elector to the guests. But that wealth left much to be desired. Joachim bequeathed a debt mountain of 4.7 million (counting) gulden to his son Johann Georg. 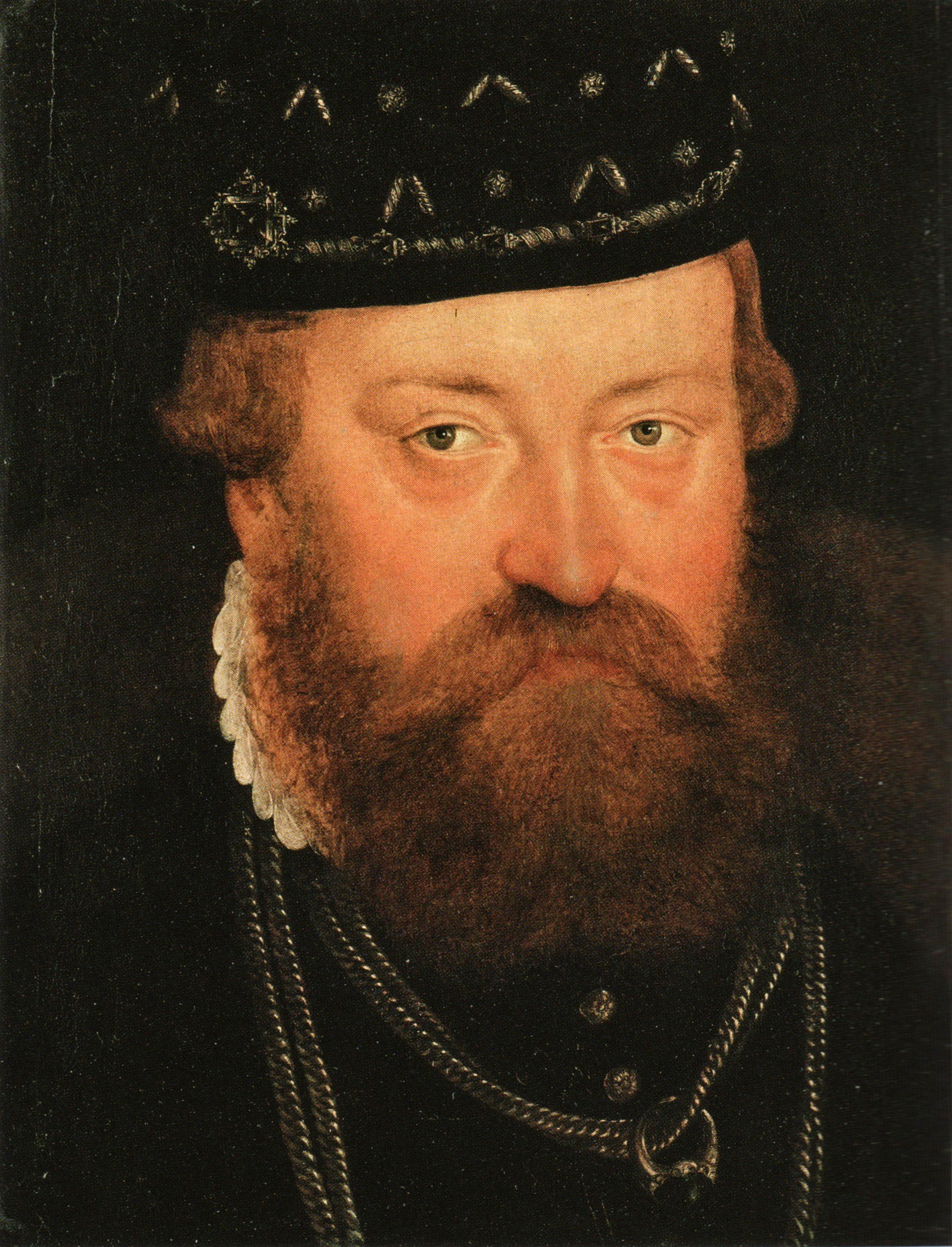 Johann Georg. Painting by Lucas Cranach the Younger from 1564.

The latter of course did not blame his father for this, but his father’s court factor and the Jewish community. Johann Georg had Lipman’s property searched and all the valuables confiscated; and he did nothing to prevent the people of Berlin from plundering and burning the Jewish quarter.

A trial took place. Lipman’s books were audited, and the judge accused the court factor to have embezzled the elector's money. Quite the opposite: it was confirmed that Joachim II actually still owed Lipmann 89 talers and 5 silver groschen. But that did not do Lipman any good.

Now he was charged with sorcery and accused of murdering the Elector. When tortured, Lipman confessed to whatever he was accused of. The gold chain from which the portugaleser had been minted proved pivotal in the interrogation. Lipman admitted having stolen it. Also he confessed to burying a black rooster in the mint in order to devilishly prevent any succeeding mint master from making a profit.

On the day of his execution, on January 28, 1573, Lipman ben Juda revoked his confession. Nevertheless, he was broken on the wheel and quartered all the same.

Johann Georg expelled the Jews once again. He went down in history as Oeconomus, the good householder.