You are here: Collection areas Banknotes and Paper Money

The story of paper money is just as fascinating and diverse as that of metal money. In the beginning there were two archetypes: the receipt and the “IOU”. 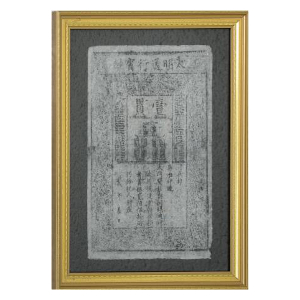 The receipt was issued for a deposited physical amount of metal money and, over time, became transferable. Thus the “banknote” developed, which certified the customer’s right to be paid the amount named on the note: in coins, at any time, upon demand. From the IOU, on the other hand, the government bond (or “security”) evolved, which could not as a rule be redeemed in coins but was required to be accepted by all public funds. In addition there is “emergency (paper) money” issued as a substitute for coins.

For the initiation of payments by means of paper money, three basic conditions had to be fulfilled: the availability of paper, an understanding of the inscription, and a private or state organization which would guarantee the value of the amount named on the bill. The first paper money appeared, accordingly, in the 8th century in China, where all conditions for the “flying money” were to be found. In Europe it was Italian merchants of the late Middle Ages who first issued receipts for deposited money. In the subsequent period they evolved into bankers specializing in exchange and cash transactions (in northern Europe, due to their origin, they were also known as “Lombards”). The first northern European “banks” emerged in 1609 in Amsterdam, 1619 in Hamburg and 1621 in Nuremberg. The first European banknotes were issued in 1661 by the former merchant Johan Palmstruck in Stockholm. The monetary certificates, based on four different currencies and 24 face values, were issued to the account owners, were transferable, and could be redeemed for metal money through the Stockholm Banco. In contrast to coins, banknotes could be reproduced at will, at no great cost. Palmstruck succumbed to this temptation, and in 1668 his bank was nationalized when it proved no longer possible to redeem the issued bank notes in cash. 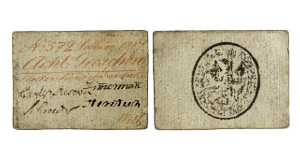 For the acceptance of the issued money certificates, therefore, trust in the creditworthiness of the issuer was decisive -- trust which the Bank of England, for example, had enjoyed for centuries since its founding in 1694 as a private stock company, since England to a large extent had remained untouched by the economic crises and currency devaluations on the continent. In France the story was quite different: in 1720 the speculative transactions of John Law, a Scot, led to one of the first great inflationary periods in Europe and left in its wake great numbers of unsecured bank notes. “Assignat” notes from the French Revolution and the Napoleonic Wars, in turn, led to the spread of paper money in the occupied territories of Europe (the Netherlands, Poland and parts of the German Empire). In Germany, however, these same assignats also led to a strong aversion to the use of paper money, lasting until the middle of the 19th century. In America, on the other hand, paper money was well established as early as the first part of the 18th century, as the colonies initially had no minting rights, and the demand for currency could not always be sufficiently met by the “mother country”. 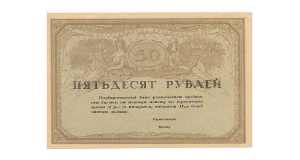 Today, paper money is a crucial element in the monetary system of every nation on Earth. Both historical and modern banknotes open to the collector a broad spectrum of extremely varied currency units, fascinating background history, and richly diverse motifs with high artistic standards. The associated banknote images can often bring interesting insights into the cultures and societies of the nations which issued them.