You are here: Collection areas crusaders

Probably no event exercised greater social and cultural influence on the medieval world between the 11th and 13th centuries than the crusades, and the associated founding of Christian states in Palestine and the Mediterranean region. 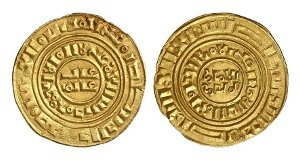 In 1095 Pope Urban II (1088-1099) called, in the French city of Clermont, for the liberation of the “Holy Land” from Muslim possession and thereby initiated the crusades of the high Middle Ages. The constant demand for replenishment of supplies created brisk trade activity with the crusader states, from which -- above all -- the Italian city republics Venice, Florence and Genoa profited. Naturally, minting as well did not remain uninfluenced by the military conflicts. 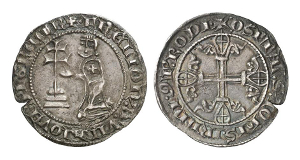 The numismatics of the crusades covers all coinage of the so-called “Latin Orient“– that is, the four crusader states in Palestine and Syria: the Kingdom of Jerusalem, the Principality of Antioch, and the counties of Edessa and Tripoli. In addition there are coins from the Christian states founded in the Aegean following the conquest of the Byzantine Empire by the crusaders (1204), and the mintings by the Order of St. John on Rhodes. In the coin images and inscriptions of the crusaders, European, Islamic and Byzantine elements of design come together in a unique combination. Coins of gold, silver and copper were embossed. 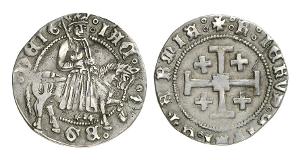 Between the First and Second Crusades (1099-1146), apparently only copper coins based on a Byzantine model were coined in Antioch und Edessa. Thereafter the crusaders began a phase of silver coin minting (ca. 1150-1250) based on European models (denarius). Impressive coin images from the Kingdom of Jerusalem include for example the “Tower of David” under Baldwin III (1143-1163) and the “Church of the Holy Sepulcher” under Amalric IV (1163-1174). The gold coins of the crusaders, probably minted starting in the 1140s, are lightweight imitations of Arabic dinars with legends often containing mistakes. In 1251 Pope Innocence IV (1243-1254) forbade the “unchristian” mintings of these coins, which thereafter featured a cross in the coin image and boasted inscriptions with Christian content – although still in Arabic script.

Immerse yourself in the coin history of an eventful age and experience with the crusaders the medieval exchange of cultures between Orient and Occident, in coin images!