You are here: Collection areas European coins and medals

The numismatic modern era begins in Europe around 1500 in the Habsburg countries. With the minting of the Tirol gulden-groschen as the first large silver coin -- with the value of a Rhenish gold gulden -- in 1486, Archduke Sigismund “Rich in Coins” (1439-1490) instituted the model for the most successful coin type of the next 400 years. 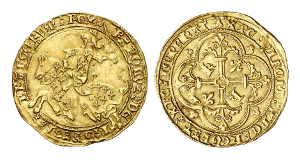 The name for this successful model was provided by the Counts von Schlick with their silver mine Joachimstal, whence the term “taler” is derived. The silver coin was minted in all of Europe and beyond under a variety of names – in Scandinavia as the rigsdaler, in Italy as the taller, in Spain as the peso, in France as the ecu, in England as the crown, and in the USA as the dollar. 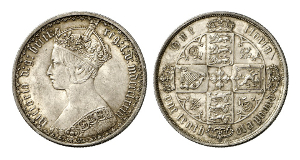 In spite of the widespread popularity of this most important European trade coin of the 16th to the 19th centuries, the modern minting in the full range of its variety in types and images is vast and barely quantifiable, and so we can only mention a few special items and aspects in this space.

Even in such a relatively small country as Switzerland, there were more than 800 coin types in circulation in the mid-19th century, as there was a multiplicity of rulers responsible for minting. Among the coin images we find portraits of nearly all famous European personalities: whether the “Virgin Queen” Elizabeth I (1558-1603) or the “Lord Protector” Oliver Cromwell (1656-1658), the “Sun King” Louis XIV (1643-1715) or the “Emperor of the French” Napoléon Bonaparte (1804-1814 / 1815), whether the “Lion of the North” Gustav II Adolf (1611-1632) or the “Savior of Vienna” John III Sobieski (1674-1696) – they all left a trail in the world of coin- and medals minting and are thus part of European history. 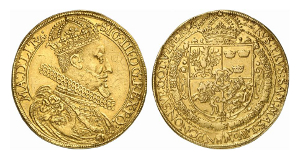 And the coin images can help us understand even more than simply the ever-changing coin history of Europe. From the 16th to the early 19th centuries Spain minted coins from rough die-cuttings on sometimes angular, coarse casts of silver from the mines of Mexico and Peru. In the vernacular, these mintings were referred to as “ship money” because it was believed they were made during the crossing from the colonies. In 1795 during the French Revolution, for the first time in a European nation a currency based on the decimal system, with the franc as the standard silver coinage, was introduced.

In addition to the established coin forms there were numerous special mintings in Europe: thus in the 17th / 18th centuries in Sweden, due to a lack of silver, large copper plates weighing several kilos were issued as a means of payment. At the same time in England a shortage of small change resulted in numerous private mintings (tokens) with a variety of attractive motifs. One interesting hybrid form combining coin and medal is that of the schraubmedaille and schraubtaler (from “schrauben”, meaning “to twist, screw or bolt”) – hollow-printed medal containers with serial picture inserts of colored paper. The numerous restrikes of common coin types, as well, represent a popular collection area in European coins: for instance the Dutch löwentaler (or leeuwendaaler, “lion taler”) was imitated in the 17th century by many mints in Germany, Denmark and Italy. The extensive military activities of the modern era also resulted in numerous issues of emergency- and siege money, i.e. in the form of square klippen (from the Swedish “klippe”, “to cut with scissors”).

Experience the exciting (coin) history of the European continent in its coin- and medal images! Learn more about history and European coins.

The catalogues cited can provide only an overview of the collection area European coins. A large number of special catalogues exists on the individual countries and regions for interested collectors. 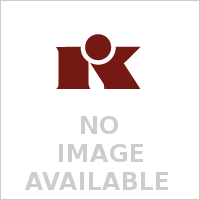