You are here: Collection areas Coins from Overseas

While in countries such as China and Japan coins were in use at quite an early period, large parts of the Asian, African and American continents were still “non-monetarized zones” in the early 16th century. 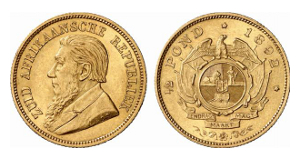 In Africa there was a relatively low coin circulation until well into modern times, and a variety of pre-monetary forms (stone- and shell money) functioned as means of payment. Coins often entered the picture when they arrived in these regions in the luggage of the colonial powers from overseas, and the first local mintings are thus copies of coins from the “mother country” with mintmarks as indications of the overseas origins. 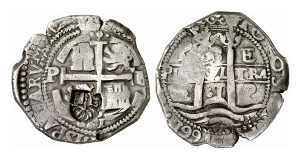 Thus the Spanish colonial empire in the 16th and 17th centuries developed an extensive minting operation in South America, which today represents an attractive and wide-ranging collection area in coins from overseas. Some money was only intended for circulation in the colonies, and is today rare as a result. In the North American colonies overseas, metal money was in fact sometimes so scarce that paper money quickly came into wide use due to a lack of alternatives.

With the achievement of independence, autonomous minting began in many former colonies, often utilizing symbols of the newly-won freedom in their own coin images – one need only think of the American Statue of Liberty or the Mexican “freedom cap”. As a rule, minting remained initially -- both in terms of images and in the denominations involved -- European-influenced. References to the pre-colonial past are not found on the coins until much later. In addition some coin types such as the British, American and Japanese “trade dollars” were minted specifically for trade in southeast- and east Asia. Probably the best-known trade coin of the 18th century was the Austrian Maria Theresa taler, which was exported to Africa in large numbers from overseas and counterstamped there. 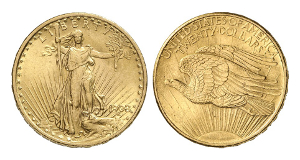 Today many overseas nations mint attractive bullion coin series in silver, gold or platinum, which have provided an entry point for many collectors into the world of numismatics. In this connection we may mention the South African krugerrand and the Australian nugget.

Bring home a souvenir of this big, wide world in coin images from overseas and experience the fascinating overseas coin history of Latin America, South Africa or India.

The catalogues cited can provide only an overview of the collection area “overseas coins”. A variety of catalogues on the individual countries and regions exists for the interested collector.