Heinz Thormann - Portrait of a Numismatist 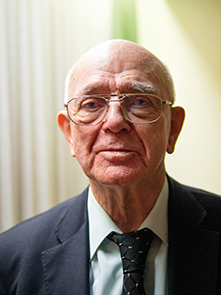 Journalist and numismatist Heinz Thormann came from a social democratic family. His maternal grandfather, Wilhelm Friesecke, was a town councilor for the SPD in Rathenow, ran the Friesecke und Paasche spectacles factory, and at the same time he was the first proprietor of the Waldschloß. Heinz Thormann’s parents were Ernst Alfred Thormann, an optician, and Margarethe Thormann, née Friesecke, who had attended the lyceum in Rathenow and later took care of the household and the raising of their children - daughter Käte, born on March 14th, 1914 and son Heinz Thormann. He started school in 1929, first attending Hagenschule, then the Jahnschule, and from the 5th to the 10th classes he attended the Reformgymnasium high school. He deferred to his father’s wishes and in 1938 started an apprenticeship with optician Hans Hüppauf in Invalidenstrasse in Berlin. When his father died on October 31st, 1938, he immediately terminated his apprenticeship as an optician and started a commercial apprenticeship with the Havelzeitung (newspaper) in Rathenow. Heinz Thormann recognized his journalistic skills as early as during his training, and as local editor he wrote about interesting events in his home town of Rathenow; from 1939 he was editor of the Havelzeitung.

From 1941, Heinz Thormann shared the fate of millions of other young German men. Fatigue duty and training with the infantry in Guben was followed by military service in the Crimea and Estonia. This time was dogged by illnesses and injuries. Despite everything, Thormann had a stroke of luck, and after internment by the Americans he was officially discharged from the armed forces, after which he became a freelancer with Radio Hamburg.

On November 22nd, 1945 in Wedel, Heinz Thormann married Ursula Baumgart, a laboratory chemist from Zerbst in Saxony-Anhalt. Thormann, who moved to his wife’s home town of Zerbst, became editor at the State News Bureau of the province of Saxony in Halle. His daughter Ingrid, the mother of antiquity numismatist Jens-Ulrich Thormann, was born on November 29th, 1946.

The compulsory merger of the SPD and KPD to create the SED (Socialist Unity Party of Germany) on May 1st, 1946 was a political event with which Heinz Thormann did not wish to be identified. His protests led to a temporary detention, from which he was released on October 20th, 1946. But when the position of Chief Editor was refused to him on political grounds, he moved to Schwerin to take up the post of editor of the Norddeutsche Zeitung. In 1949 his family moved to the West, and in Jever he met his old boss from the Havelzeitung, Dr. Fritz Blume. For 10 years Thormann was head of the local newsroom at the Oldenburg Nordwestzeitung in Aurich, where his second daughter, Margrit, the mother of Heinz Thormann’s second grandson, was born on October 9th, 1949. In November 1959, Thormann moved to the Neue Tagespost in Osnabrück where he became head of the local newsroom in Meppen. After the merger of the Neue Tagespost with the Osnabrücker Tageblatt in 1969, Thormann remained responsible for the Meppen area.

On April 1st, 1970 Thormann gave up his journalistic career at the Osnabrücker Tageblatt and became an employee of coin dealer Holger Dombrowski in Münster (until 1976). Alongside the editing of numismatic materials, he was the editor responsible for the Münstersche Numismatische Zeitung, whose editions were incorporated into the Dombrowski stock catalog. Thormann worked at the Tietjen & Co. auction house in Hamburg from 1976 to 1982, until 1985 he was responsible for numismatics at the Emporium and finally he worked at the Fritz Rudolf Künker auction house in Osnabrück from 1985 to 1988.

His move to become a professional numismatist in 1970 was no coincidence. Heinz Thormann had collected coins even when he was in school. He often proudly told of how he had been able to purchase a kilo of medieval coins for their price by weight from Robert Ball Nachfolger in Berlin.

The major part of Heinz Thormann’s long-standing work as a collector is presented to our valued clients in this catalog. We thank our colleague Dr. Martin Ziegert for the numismatic editing; his work was facilitated by the meticulous identification of each object by collector Heinz Thormann. Valuable information was also provided by our staff member Jens-Ulrich Thormann (Mag.), who continues in the numismatic tradition of his grandfather as a specialist in ancient coins. In the early 1990s, Heinz Thormann had already negotiated with the State Coin Cabinet in Halle over the sale of his complete collection to the State of Saxony-Anhalt. This sale came to nothing at the time, but Heinz Thormann’s heirs have reserved part of the collection - the modern post-1945 mintings, the marks and tokens as well as the bank notes - for the Moritzburg State Museum in Halle in accordance with Heinz Thormann’s wishes.

In 2014, the German Numismatic Association honored Heinz Thormann with the Eligius Prize for his extensive research work in the field of numismatics in Anhalt and his home town of Rathenow.

Heinz Thormann was a no-nonsense personality of strong character who followed a steady path for his entire life and never allowed himself to be sidetracked. He was a meticulously precise and extremely hard-working numismatist who was highly respected by scholars and collectors alike. He only narrowly failed to achieve one goal he had set himself: to reach an age in three digits. He died in his adopted home city of Osnabrück on October 29th, 2016 at the age of 93.