Philip II of Pomerania and his coin dealer Philipp Hainhofer

“It is my pleasure to collect mainly good, exquisite books, portraits painted by artists, and old coins of any type. I learn from them how to be a better person and how, at the same time, I can be useful to the general public.” This is what Philip, oldest son of Duke Bogislaw of Pomerania, wrote when he was only 18. 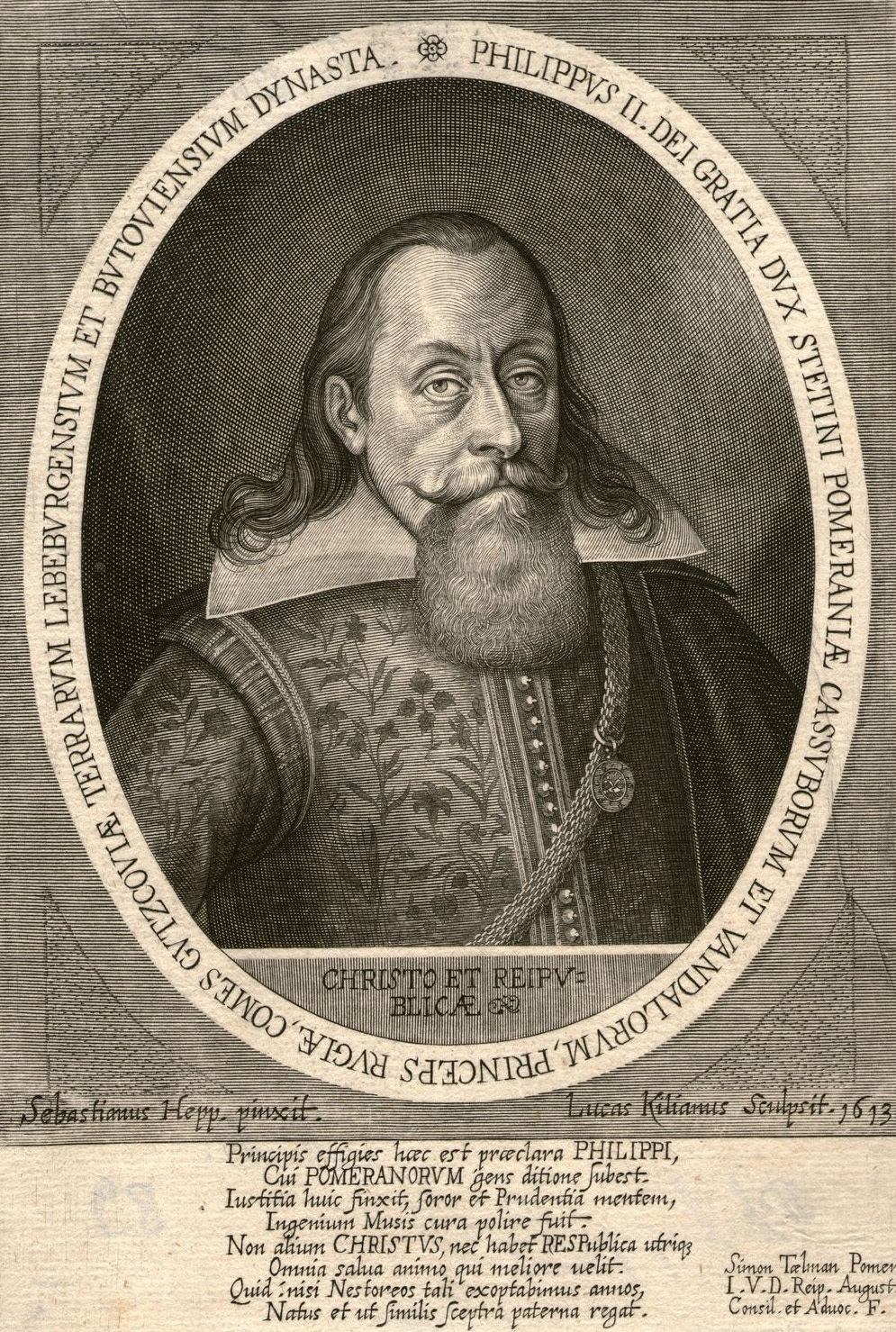 This wasn’t uncommon during Philip’s time. Every modern prince considered antiquity as a shining model for the own rule. Not for nothing there are endless galleries of portraits in Renaissance castles, where the good and evil rulers are displayed confronting each other, and where the owner, through the selection of portraits, demonstrate his profound knowledge of history. In the early modern period, this knowledge was a sign of a worthy prince, which is why Philip’s father, Bogislaw XIII, made sure to give his son the best education he could. He provided his son a scholar as a teacher and offered him the opportunity to go on a grand tour. This tour took him to Nuremberg and Augsburg, then to Venice and Rome, to Naples and Salerno, from where he went back to Venice via Florence, to take a detour to Austria, Lombardy and Switzerland. 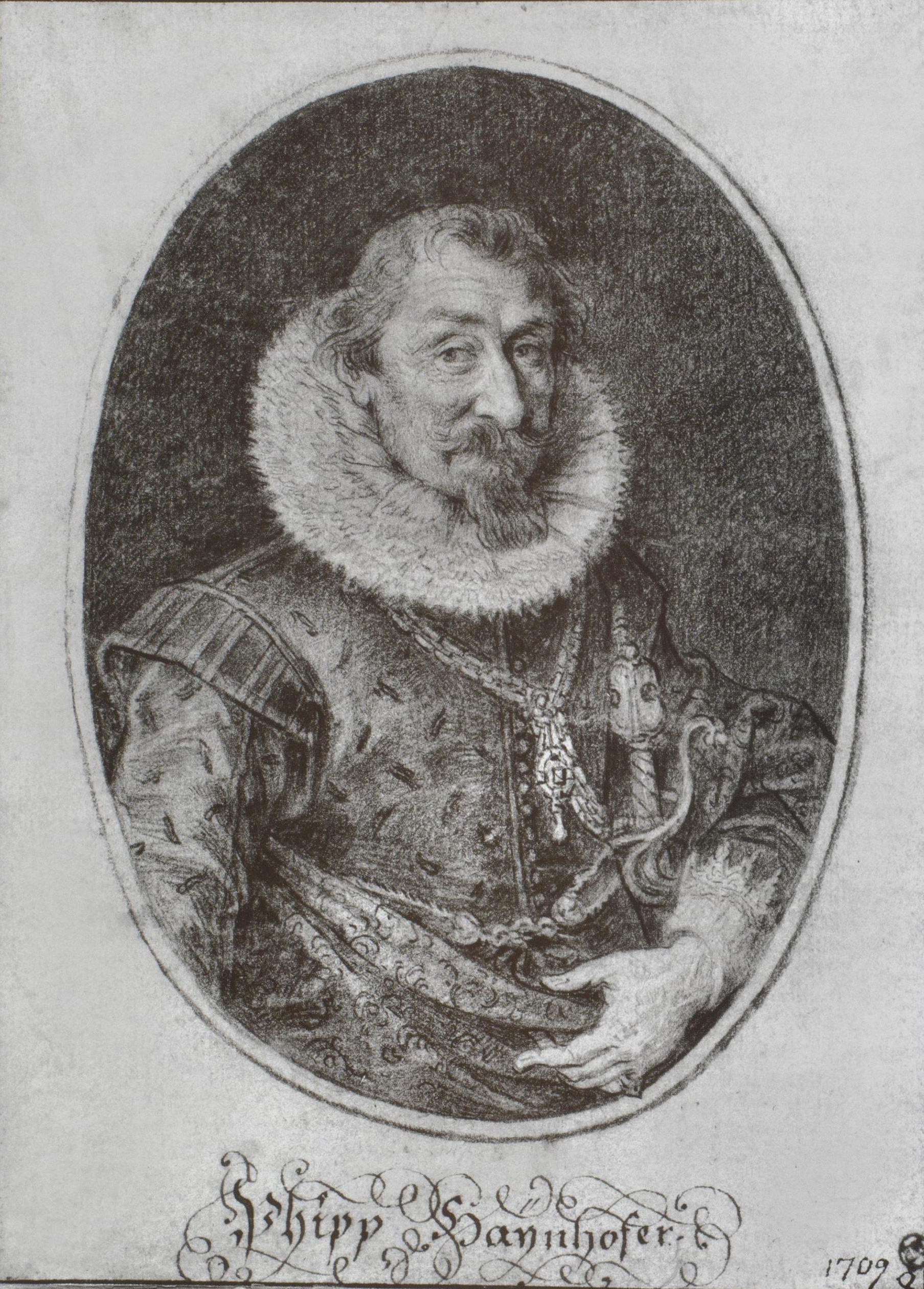 Did Philip II already meet Hainhofer at this point? In any case, arms and motto of Philip of Pomerania can be found in Hainhofer’s friendship book – next to other important clients such as Emperor Rudolf II, Archduke Matthias, Christian IV, King of Denmark and Norway, the soon to be “Winter King” Frederick V of Palatine, Cosimo II of Medici, and many more. Philipp Hainhofer took over his uncle’s firm, who was an art dealer and agent in the city of Augsburg. At the time, Augsburg was known as the most important German center for exclusive luxury products. Hainhofer dealt with books, coins, and – especially spectacular – miniature curiosity cabinets. For displaying his objects he had opened a cabinet of wonder, which served as a kind of sales room and as an attraction for every Augsburg visitor of distinction. To his clients, Hainhofer sent letters and notifications on a regular basis, informing them about new coins and copperplate engravings he had in stock. He accepted commissions and obtained what a prince needed in order to impress his peers. 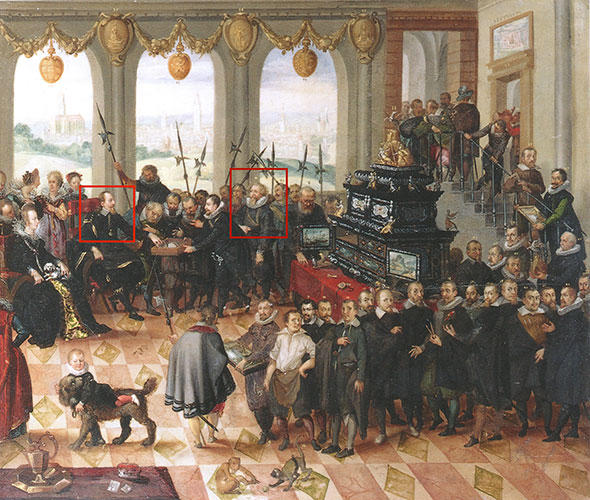 Philip Hainofer (r.) delivers the Pomeranian Art Cabinet to the Duke of Pomerania (l.), which included a small “coin press” for “printing ducats, gold guilders or small coins for presenting them to somebody”.

Philip II of Pomerania was Hainhofer’s most important client since 1610. For him, the famous Pomeranian Art Cabinet was created, whose content can still be viewed today at the Berlin Museum of Decorative Arts. Hainhofer sent him books, coins and, on request, a very talented die cutter – as a coin collector Philip II just wasn’t willing to accept that there hadn’t been produced any coins in his own Duchy of Pomerania since 1597.

Already two years after his accession to power Philip II planned to take up coin production in the city of Stettin. But when his cousin Philip Julius started minting in Wolgast, Philipp II thought it to be more economical to have his cousin’s coins circulate in his own territory. The silver content of these coins was so low that Philip took up his own coin production after all. Obliged to the example of ancient numismatics, Philip hired the best artists to produce beautiful coins. His coin dealer Philipp Hainhofer, for this reason, arranged for the talented die cutter Daniel Sailer of Augsburg to work for Philip. Sailer produced magnificent dies for his principal, although due to missing signatures, we do not know which dies he was exactly responsible for. 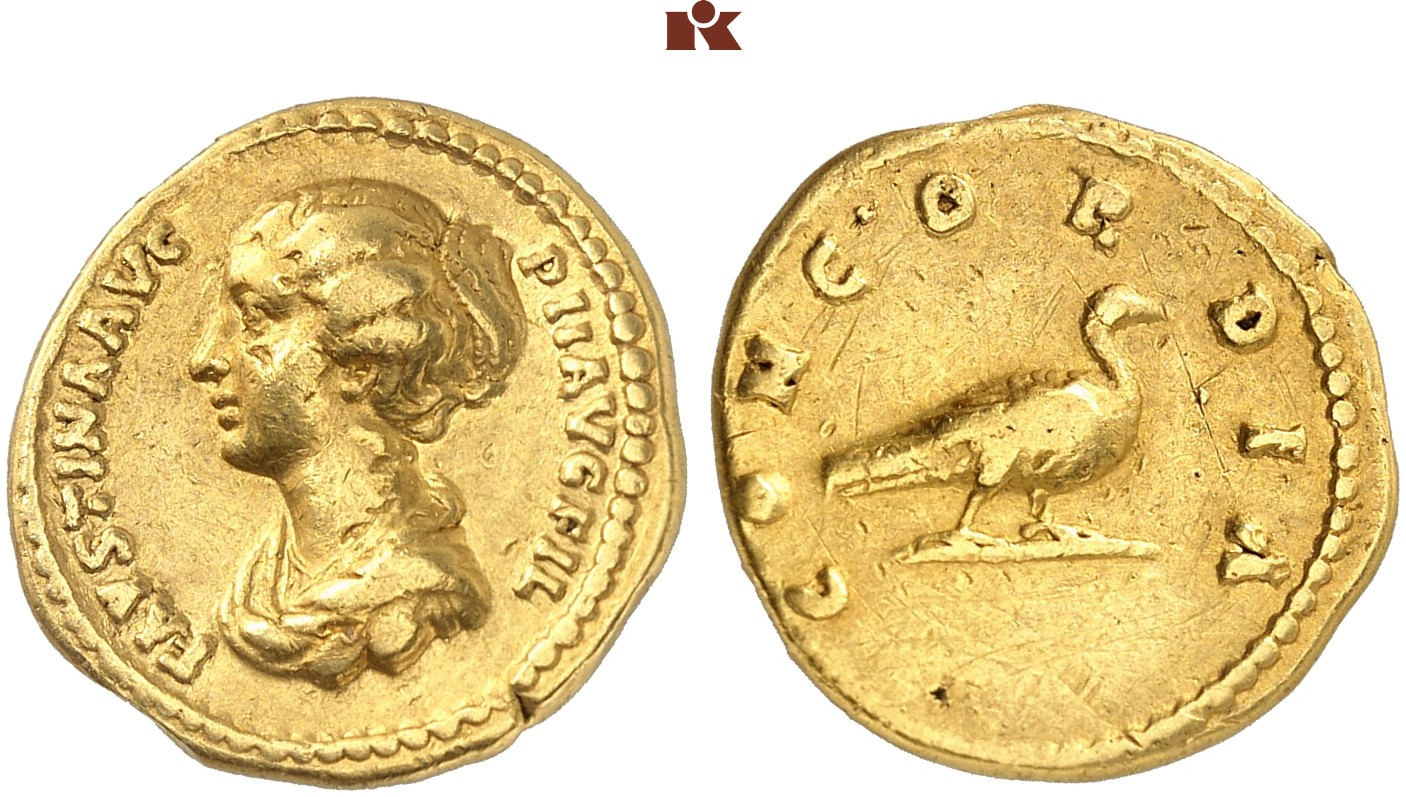 Philip II mainly produced coins of high intrinsic value according to the Imperial Minting Ordinance, which meant that, for him, not much profit was to be expected. Nevertheless, in Stettin many more gold coins were produced than in any other mint of the Upper Saxon Circle. Between 1612 and May of 1618 alone, gold coins worth 26,395 Rhenisch gulden were produced. Such a high amount can only be found once in the whole of the probation register – for Stettin.

Next to those, Philip II commissioned the minting of representative reichstaler and multiple talers.

Often the coins referred to events, such as, for example, the 1616 double reichstaler commemorating his step-mother funeral ceremonies. 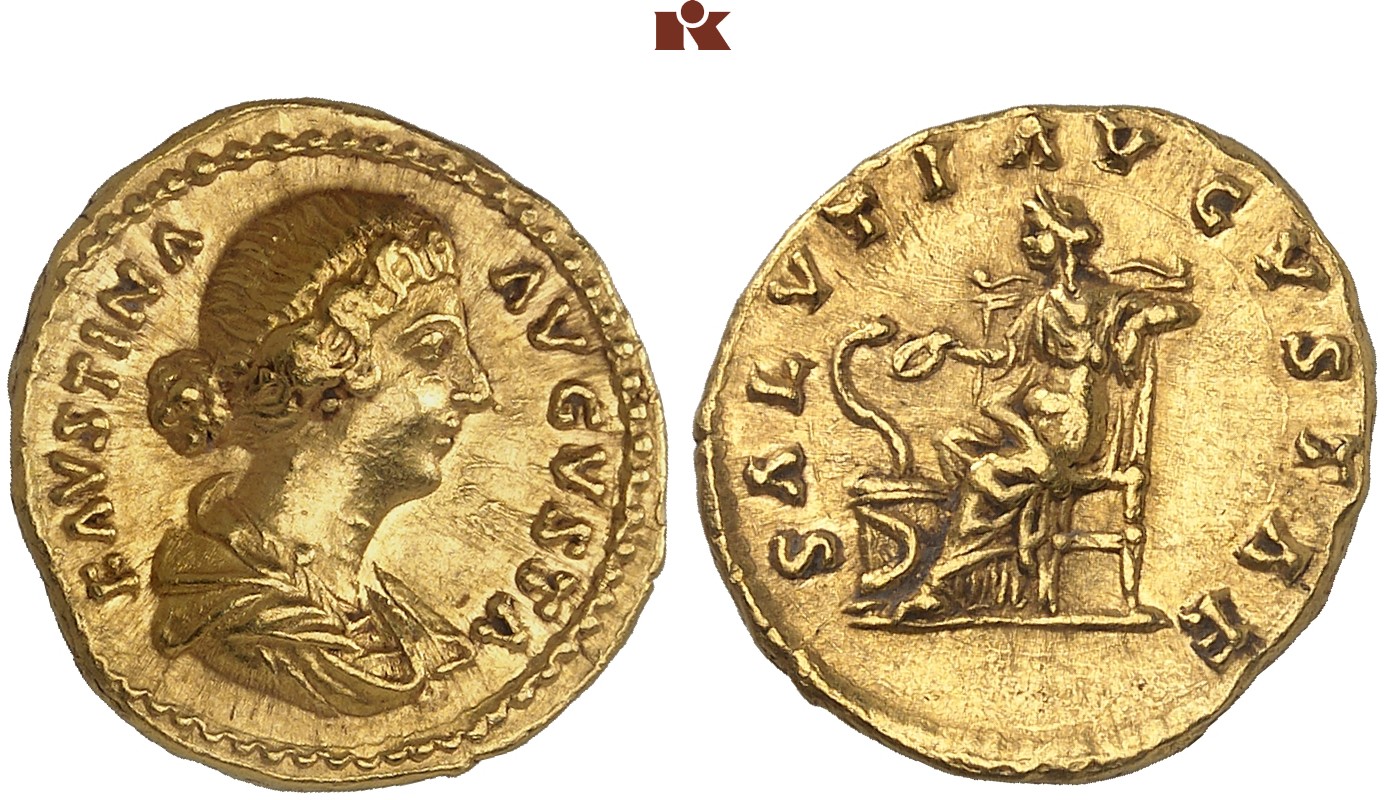 On this occasion, Philip had commissioned an extensive series, which did not only include talers, but double and quadruple talers, as well as quarter and eighth talers. Creating a denominational structure like this was often done in order to produce the necessary presents for the guests of the funeral, in the form of coins. The fact that duke Philipp loved to present coins to his guests is passed down by Philipp Hainhofer, who was an avid diary keeper. 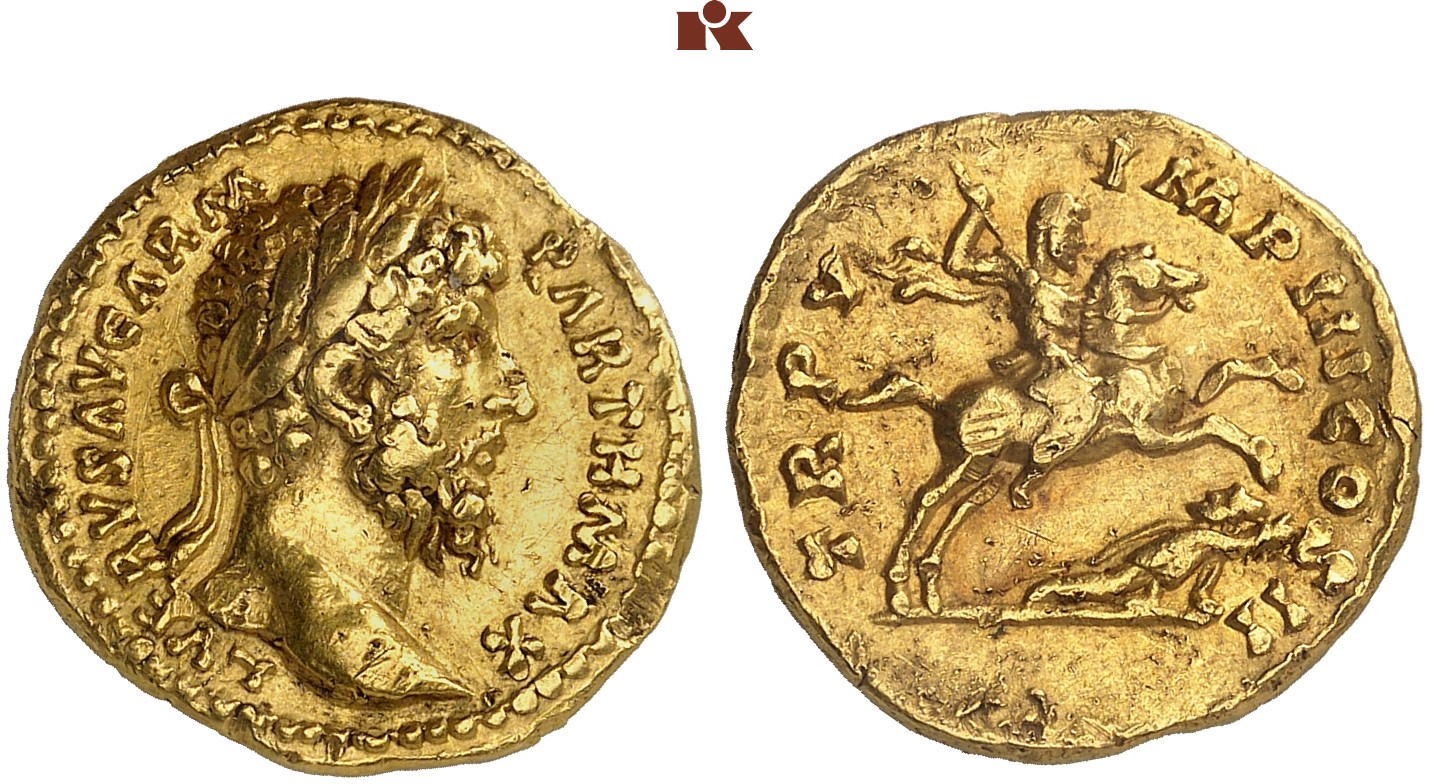 Princes loved to demonstrate their knowledge by putting rebusses on their coins. Such images, accompanied by a headline, were called emblemata. Here, below the motto of “Sapientia not Violentia” (= with wisdom, not violence), we see a ship carefully guided through rough sea by a helmsman. Whether Philip II, by choosing this image, wanted to commemorate the centennial celebration of the publication of Luther’s theses, or the settlement of disputes in his own dominion, cannot be said. In any case, this image illustrates the political attitude of the duke: He rather wanted to reach his goals through diplomacy than the battle field. On the eve of the Thirty Years’ War, this seems to be a wise position which would have saved the Empire much misery if more dukes had shared this point of view.

The Defenestration of Prague changed the political situation fundamentally. The neutrality of Pomerania wasn’t respected by any of the belligerent parties, neither by the Imperial nor by the Protestant troops. They all plundered the country and the successor of duke Philip, who had died in 1618, surely had other problems than paying the high bills, which still had to be settled with the art dealer Philipp Hainhofer. Hainhofer’s financial situation declined just as fast, as his clients’ payment moral did. Now, Hainhofer had to assume liabilities, which he was not able to amortize for the rest of his life. He died poor, his own art collection was sold.

There are many documents about Philipp Hainhofer online. A great starting point is this website: https://www.hs-augsburg.de/~harsch/germanica/Chronologie/17Jh/Hainhofer/hai_intr.html. A report about the art treasures to be found at the court of Philip II and the kind of reception an important coin dealer at the time had to attend to, written by Philipp Hainhofer, you can read online. https://www.hs-augsburg.de/~harsch/germanica/Chronologie/17Jh/Hainhofer/hai_pota.pdf